second ever interview with the esteemed @NielsByeNielsen. enjoy! 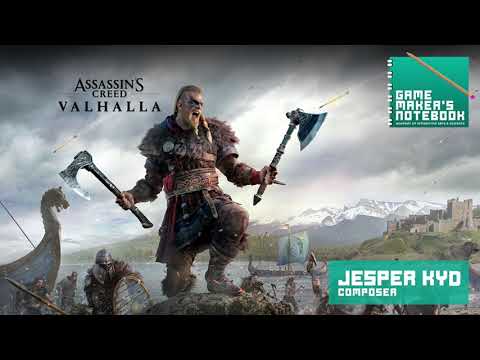 Podcast interview with Composer, Jesper Kyd on The AIAS Game Maker’s Notebook. It is a long interview and very good one, with an excellent interviewer who is himself a sound composer (Austin Wintory, the sound composer of the computer game “Journey”).

While the focus is about has composition of Assassin’s Creed, Jesper does spend a lot of time delving about his origin story with IOI and the Hitman series.

Jesper started as a composer in computer games in the underground European “demo scene”. Jesper was emerging as a sound composer at the same time as the three founders were putting together IOI. Jesper’s early career was elevated from working on Hitman, but like any artist, wanted more, and became a prolific sound composer from those early days with Hitman to many different big projects such as being the composer of Assassin’s Creed Valhalla recently.