Is it possible for 2 users to have the same name?

I played a contract, I am #57 on the global leaderboard and #4 is with the exact same as me.
Is it a visual bug or something? 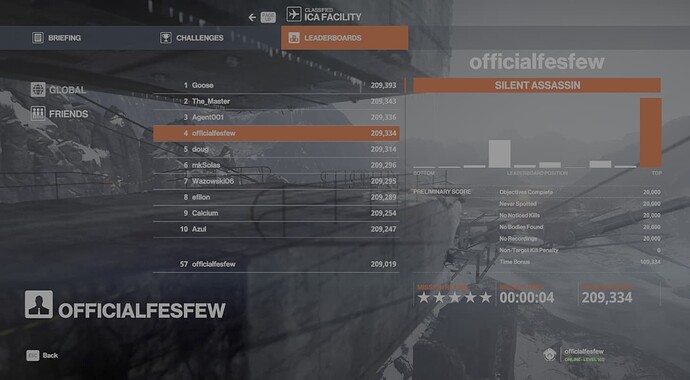 I suppose this is a glitch or a bug.
It’s a long time issue already and as I see it, it may appear when some of the nicknames has some special characters in their composition

It’s possible on steam but on epic it’s just a visual bug where people on leaderboards randomly get your name.

I am using Steam, but it looks very unusual for me since I’ve never seen a person on any platform with such a weird name as I have

Yeah the bug can happen on any platform, but on steam it is a possibility that they actually do have your name. Usually it’s just a bug though, unless your name is something super common.

When it happened to me for the first time, I thought that someone hacked my account.

And that person was a speedrunner.