In the paris map there is a challenge called Kotti Paradigm, where you take a battle axe to eliminate liza M.
But no matter what battle axe i grab it always fails the mission as soon as i eliminate the target. Is there anyway i can finish this?

Don’t you have to be wearing 47’s signature suit for that one?

Yes and i do but still no dice. I now have downloaded the gold edition of the game maybe that will somehow fix it.

edit- It did :P, paris seems the one map that had problems for me. The mission where you had to kill during a interview was also bugged but that was fixed to.

I just tried this Escalation now in Hitman 3 on PS4 and I have the same problem: 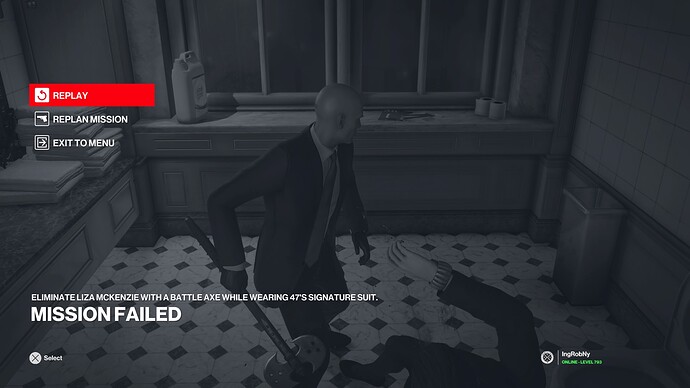 Will try without the gloves and see if that works.

Yes, the Signature Suit without the gloves worked for me: 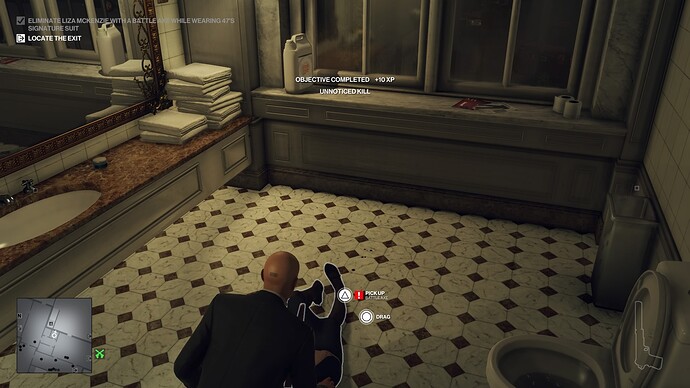 Was about to say that. Signature Suit with Gloves is technically a different suit