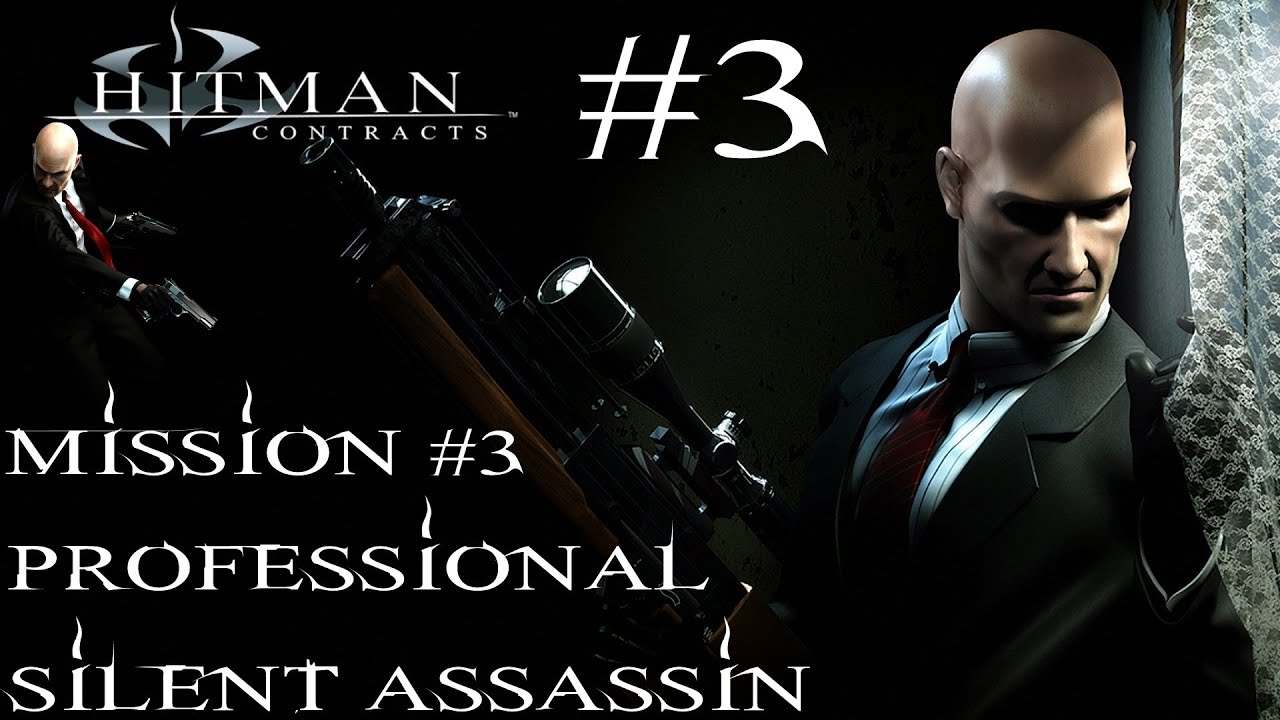 It’s here, with the timecode, you have to stand in one place so that the enemies get stuck while running to investigate the explosion.
Franz June 1, 2020, 10:03am #25

The Motorcade Interception: sniping a fast moving target through a tiny window from a sub-optimal spot with a loud gun surrounded by NPCs you can’t touch. Yay.

Tunnel Rat: mission wouldn’t be so bad but the « clear the helipad » objective is bullshit if you’re out to do it SA and with a chloroform bottle and completely random guard routes. Very tedious, and extremely frustrating after a long level of difficult infiltration.

But the absolute worst for me was the remake of The Lee Hong Assassination in Contracts. Sucked all the fun and charm out of the original. Unforgivable.

The Bjarkhov Bomb
it’s too boring and when you finally get through it an SA rating is up to chance.
it really dragged down Contracts which is otherwise a close to perfect game.

C47: the jungle levels that don’t have a real target and the Dutch level with the dogs.
2SA: at the gates. Hidden valley. I have a fond memory of those bc they were frustrating but I don’t see myself replaying them ever.
C: I think I enjoyed every level. Bjarkov Bomb seems to be getting a lot of attention as a bad level here, but I liked that level a lot. Of course, this was back before challenges and all that so it’s possible I never did that one SA, or maybe I did it only once to complete the cool wall of guns in the training level.

BM: none of the BM missions are really my least fav within the series, but none are really my fav either. If I have to pick one I’ll go a house of cards. It’s not a bad level but the elevator kills made it way too easy. The elevator in Colorado made sense. It’s a fancy retreat style home. It’s only got 1 elevator. A casino in Vegas would have many more than 2 and while I understand why the devs didn’t put more than 2 in the level, I still feel like the elevator kills made the level too easy and fast. Maybe one target should have taken some stairs or not stood within reach of the wire (like his guard could have stood there).
A: I didn’t care for run for your life, the dexter compound levels, and the ones where OCA takes over a town.

H’16: I know at one point I would have said Colorado bc of the always trespass thing, but I recently replayed it and the game basically dumps a guy with an adequate costume directly in front of you. It’s challenging, but I don’t dislike it. So I still like all the levels.
H’18: I still like all of them as the “newness” hasn’t worn off and none of them are terrible. The two things that stand out are #1 Another Life. It’s cool that it pays tribute to A New Life, but it feels so rushed. All the houses have identical layouts that don’t actually make sense (there is no master bedrooms

). The church totally should have been in bounds with a sniper vantage point. #2 Columbia. It’s so spread out with some things that should be doable but are not such as getting the tattoo guy to to see Rico, getting all the targets together for a meeting (maybe in Rico’s office and maybe with the added challenge that hector was also present as a non target), it also really feels like 3 connected but separate levels. >> Not sure which of these two levels will be my least played in this game, but as of now it’s Another Life.

Since I haven’t played C47 and SA, I can’t rank them. I still can rank the Others though.

Contracts: I actually don’t have a Misson here I dislike in particular. The Finale was kinda underwelming, but otherwise.

Blood Money:
Till Death do us Part for sure. I know this Missons is pretty popular, though I don’t like it all. Getting inside the Mansion literally Impossible in a Suit and you get literally shot to Death when you win the Fight, like what the hell?

Absolution:
The Bar Level: You literally have to Quicktime fight your way to the Bartender and that’s it.

Fightknight Hangar: This ‘Level’ literally just exists to skip the better one following by getting the Disguise of the Patriot.

Colorado: I think this is most lists and for a good reason. It’s just not Intresting or Fun to explore. In my Opnion it’s basically just an Updated ‘The Final Test’ Level, which also wasn’t that good.

The Icon: While I like the idea of the Map, it does has some issuses. For Example if you didn’t bring a Lockpick or Crowbar, you can basically restart. Also the Way some Passages are blocked is a little ridicoulus.

(I’m not gonna talk about the Special Assigments, since they can barely be considered Maps.)

Columbia - While not a Bad Map by any means, it does have some places that are almost useless and only used for One Story Mission like the Construction Side. Also the variety of NPC Models feels kinda small and gives me Wipes about the only Bad Thing about Sapienza.

I HATE ALL THE AFGHANISTAN LEVELS, SO…

I honestly don’t dislike any of BM’s levels. I don’t consider Death of a showman a proper level. It’s just a horrible tutorial and was even more horrible choice of a level for the demo.

Tired of all the fucking sheep-like whining about Absolution and its supposedly numerous flaws from
these ‘‘NPC’’ (Post-2014 Hitman Forum… ugh) people who just parrot others without any proper understanding of the design and premise of Abs. Sure it’s a horrible Hitman game but it’s an excellent stealth entry and it has BY FAR my most favorite portrayal and physical appearance of 47.

I can’t say i truly disliked any levels that much but as a traditional Hitman title it fucking sucks. Mold your gameplay approach and understand the situation 47 is in story-wise and Absolution becomes a very tense and enjoyable experience.

I think Temple City Ambush is the best level in the game because it’s got it all:

A little exploration while looking for Agent Smith; some sneaking in order to kill the sniper; sniping the second target; dealing with the assassin sent after Smith; getting to the end without getting shot by the ambush snipers.

It’s a very entertaining and thought out level, perhaps not much of a sandbox but still randomized Smith and enemy location add variety and make it the best level for me.

My favorites are all the tower missions, especially Graveyard Shift and Jacuzzi Job.

I don’t really enjoy till death do us part. But on of my least favourite levels is bjarkhov bomb. It’s boring and it is way too big. And also there is two targets that are far apart and a secondary objective. This level is just bad.

The Motorcade Interception was one of my faves (controversial, I know)
Any mission with more than two targets is just kinda a chore to complete, in my opinion. Looking at you, Freedom Fighters

I absolutely hate this setting. Mainly because i don’t like India IRL either, and I’ve been there.

Isen’t that a pretty unfair judge? It is. If you like India or not, the Setting in this pretty accuarate and
unique.

I honestly don’t dislike any of BM’s levels.

I would say to the Unpopular Opnions Thread with that, but this is a War Crime. Just kidding, though I advise you look around a bit more, since I’d say it is nearly impossible to dislike everything.

Death of a Showman is the worst tutorial mission

Well it demonstrated some new mechanics nicely, so not the worst tutorial. A horrible mission, yes.

I disagree it allowed for absolutely no freedom to engage with the level at all except for how you kill Clarence, it is a horrible tutorial for a game about finding creative workarounds the facilitate creative deaths.

Well, thinking this way, Freeform Training is the only good tutorial level in the franchise. In all previous tutorials you were literally being told what to do next when in a linear environment. And H2SA and Contracts didn’t even have one.

And? All that means is that Hitman has had nothing but poor tutorials until its sixth game where it had a guided tutorial for the basics then it had the Freeform Training so you could grasp the core replayability and openness of the game before moving onto the game proper.

That is my point. However, Death of the Showman shows a lot regarding mechanics: how coins, lock picking, climbing, syringes, briefcase, fall accidents, drop accidents, fuseboxes, frisks, elevator kills, hostages, and mines work.

Some of this stuff was in previous games already but you had to learn how to use it on spot. So the tutorial level was sort of improvement.

I honestly don’t dislike any of BM’s levels.

I would say to the Unpopular Opnions Thread with that, but this is a War Crime. Just kidding, though I advise you look around a bit more, since I’d say it is nearly impossible to dislike everything.

don’t dislike is technically double negation, but it does make more sense that way, true.