Well, we had a Ship and most People disliked it, though…

? This is not a reason why people dislike the level

one of the best splinter cell levels is set on a train.

A train level would never work in Hitman. The series always revolved around freedom of choice and sandbox. A train would end up being more linear than an Absolution level.

A moving night train would be awesome. Even better if there’s a mission event where the train reaches an explorable station (could be an opportunity)

i’m pretty far from a game designer, but i think as a sort of aperitif - a puzzle-box/gimmick challenge level - it could be quite fascinating as both a design challenge for io (to make it interesting) and a challenge for the player (social stealth in a tight space).

it doesn’t have to be quite as linear as you think. you can get fairly roomy two-decker luxury trains, so you effectively have four vertical planes, including the outside top and bottom of the train (which would be dangerous, natch); and around five horizontal planes (three corridors/rooms inside, and the two outer sides of the train, which are also dangerous).

lots of ways to dispose of bodies; tight confines making social stealth difficult and suit only really challenging; sniper challenge requiring you to time the shot when the train is on a straight so you could shoot down the carriages from one end; lots of potential executions; a time limit based on reaching a destination; stops at stations that reshuffle or add guards; maybe even a gimmick of having to work out when the target gets on - all sorts of potential chicanery.

i dunno, i think current io could make something rather cool with it.

GET OFF MY TRAIN!

I’d like to see another Harbour Mission, Hantu Port would have been amazing if they wouldn’t have wasted it for Sniper Assassin. oh, and you cant go wrong with a good ol Hotel Mission - as long as it doesn’t contain a Recording Studio 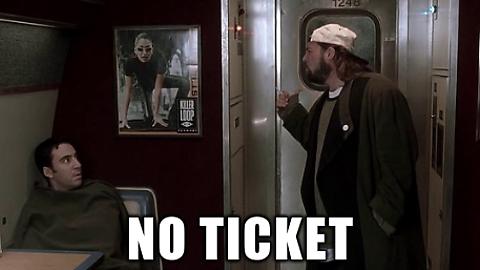 Snowpiercer also took train variation to a whole new level. You could pinch some ideas from that as well regarding some of the luxury carriages

I’ve said it before, but I want 47 headed to Toronto. I want a big open city where 47 needs to hop on a streetcar to get around quickly. It’ll have the CN Tower and the Scotiabank Arena, where a Toronto Maple Leafs game is being played. Some little shops and apartments in between the two, just to liven it up, but feel free to shrink it down to a size more conducive to fun.

Maybe there’s a target who goes up and down the CN Tower (with a functioning glass elevator) and walks across its area with the glass floor.

And of course you’d have to have a target at the hockey game, probably with a VIP box, and they probably have to come down onto the ice to make a special charity announcement. Maybe also one of the players on the opposing team is a target, and you’d have an opportunity to take the pair out at the same time.

Airport level would be nice

I want more of tight levels, not the ones where you have empty space and it takes like 4-5 minutes to reach a particular area

Level idea I had in my head recently was to split the level budget into maybe four smaller self contained tight levels/areas comprising of maybe just a single floor of apartments, or just couple houses and a garden etc.

The idea is 47 has the hit order for four people in the same town and they all have to be done in the same night. So it’s one mission, you have one loadout at the start & what makes it interesting is you could choose the order to visit each one and the order affects how you can do things because the items and outfits are spread so the same stuff can’t be found in every area. Eg. One place might have a cop outfit that you can can use on the other areas, crowbar, stash of poison or drugs etc.

Wanted these for years. And also cruise ship at sea.

I think a new York city level in times Square during new years eve would be awesome a lot like the bird contract from past games.

A train level would never work in Hitman. The series always revolved around freedom of choice and sandbox. A train would end up being more linear than an Absolution level

All hail the prophetic one

we bow down to thee

Was still a good mission tho

I beg to differ (and bow to no one!). A train level would work in Hitman if designed with the proper sandbox-like intention. Which the Romanian one clearly wasn´t. (but agree it´s still a good mission that serves its purpose well

A train level would work in Hitman if designed with the proper sandbox-like intention.

The problem with a train is that theres only really two directions you can go, forward and back. Unless you can get off the train at some point in the mission, it will always just end up being going from one end of the train to another to get to your target, like in this mission.

I did enjoy this mission, but like most, I’d take it over a full sandbox location any day.

They could do a double-decker train. A real big one for long journeys with lots of varied compartments.

It will still be just be going from one point to another, only with an extra floor. The idea is there but its still just too compact to make a proper sandbox location.