Give an option for different weather options and time of day for existing maps, what do you think

It wouldn’t necessarily make sense to do that. Adding rain, for example, to Sapienza or Haven would be strange given the people sunning themselves on the beaches. Time of day would be cool, but it’s not really a question of just whether it’s light or dark. The level designers would have to re-design the levels with different lighting, different weather, and change the behavior of NPCs to match (imagine haven in a winter setting… wouldn’t make sense).

given there wont be new maps, its not impossible

I do hope they use that new rain tech on a different level than Chongqing, but I think that’s much more likely to happen in a bonus mission of some sort rather than a menu toggle.

If IOI added different weather patterns and lighting to existing maps, I assume they’d be doing so as bonus missions. Similar to Sapienza (World of Tomorrow / Landslide / The Icon / The Author) or Marrakesh (A Gilded Cage / A House Built on Sand). So they could change around the NPCs and their behavior to match the new conditions.

I assume bonus missions with rain and/or snow must be coming. IOI went through a lot of trouble to make wet versions of nearly every suit just for Chonqging if they didn’t also plan to make rainy versions of any other level.

That was actually the same thing I meant, really. A bonus mission or some new version of an existing map with a new target, or a special assignment (GASP!) or something would totally be great and they could use the weather effects they created for Chongqing. Putting an option to just toggle the weather for any map is what I meant wouldn’t make sense.

I think it’s very likely that we’ll see some sort of map revisit with the rain effect added. I doubt they’d go to all the development effort to implement that for just the one map and never use it again.

your whole surroundings are clouds, imagine if they were grey and had lightning shooting out of them. it would also make traversing along the ledges seem much more precarious and slippery. going up to a window and seeing the raindrops would be cool as well

I think it’s very likely that we’ll see some sort of map revisit with the rain effect added. I doubt they’d go to all the development effort to implement that for just the one map and never use it again.

I hope for bonus missions too obviously, but they could just be set to use it for Bond.

Isn’t Dubai a desert? Does it ever actually rain there?

It’s always possible that they put that in just to practice for the Bond games but I really feel like Hitman has been such an integral part of the DNA of IOI that they wouldn’t use it just as an experimental staging area for something else.

With all the weird gadgets being implemented into the Hitman universe - the magical hacking camera being an egregious example - I’m pretty sure IOI is using Hitman to experiment for James Bond to some degree. I’m surprised 47 didn’t get a grappling hook watch to wear in Hitman 3.

yeah Dubai has the occasional thunderstorm

I don’t think the camera was that egregious at all. It pulls directly from other games like Watch Dogs. Hacking is a pretty standard thing these days in fiction. Yeah, Bond has gadgets too, but they’re mostly of a different ilk than 47’s. Bond’s gadgets are all “hide in plain sight” sorts of things while most of 47s are pretty focused on one or two things and, except for a few explosive balls, not very stealthy - at least not like a wrist watch with a laser sort of stealthy.

If they were really going to start experimenting with Bond-style gadgets, the most logical new mechanic they would have added would have been a car.

Dartmoor at night, during a Halloween party. It’s Spooky, big and fit for that. Maybe with an added basement level.

What we get: New York without rain.

Exactly. Made a meme about this a while ago. 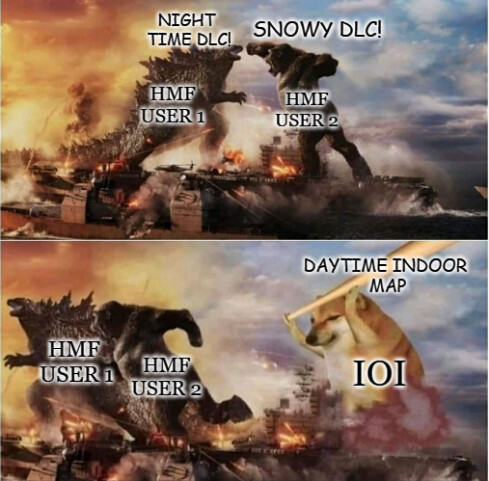 imagine haven in a winter setting… 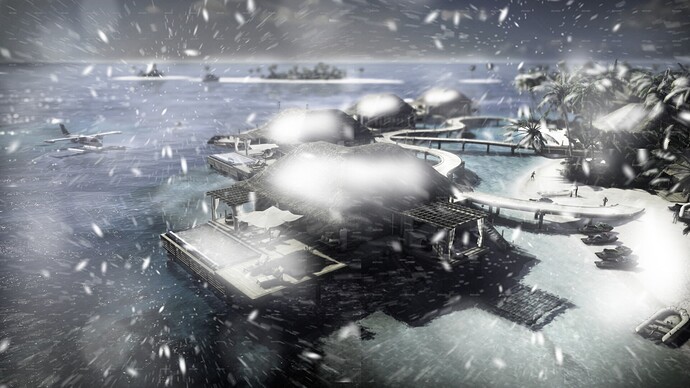 Imagine a kill a la Dark Knight Rises where you force the target to walk out onto the ice until they fall in!

I would totally mute the Music and play with DKCTF Music

Whittleton creek halloween stormy night with rain of blood and blood puddles everywhere, 47 starts out with a jason outfit.