Idk where to post this. I play hitman with music disabled I like to play it like to only hear “real” stuff like npcs talking or stuff happening.
However in H3 you introduced these annoying sounds every time you do any action. You change disguise? “woooshhh”. You trespass? “wooshhh”.

I’m afraid this possible only with mods at this moment.
I saw only one so far which removes shooting result sounds.
Maybe there is already some mod(s) exist which will remove those sounds too.
Or someone of our mod-gurus could create one.
Ask this in Modding Thread 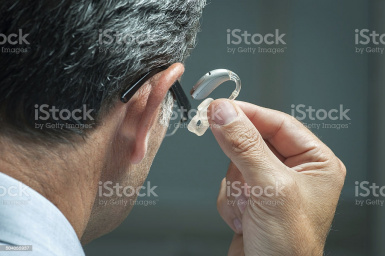 I absolutely hate how they added all of those arcade sounds.

If memory serves, the disguising sound has always been there, even in 2; it was just less pronounced. And I don’t recall it ever drowning out NPC dialog. Anyhoo, I think this sentiment I said over on the modding discord sums it up pretty well when it comes SFX;

For the record, I wouldn’t mind options to turn this stuff off, but all of the sounds serve a purpose, and at this point, i’m too used to it.

I played a hell lot of H2 and I dont remember it so I checked an old H2 video and there is no disguise sound at all.

BTW idk why people leave on the points stuff. All that ironically pointless stuff that doesnt stop doing clicks.

I played a hell lot of H2 and I dont remember it so I checked an old H2 video and there is no disguise sound at all. In H2, you had a muffled clothes rustling sound, as well as a faint swoosh sound blended into that mix to represent you changing disguise. In H3, it’s just more obvious and video-gamey now.

BTW idk why people leave on the points stuff. All that ironically pointless stuff that doesnt stop doing clicks.

To confirm what you did went through to the game and the server. It’s not ironically pointless at all.

On a slightly related note; thank heavens they got rid of the names showing up on the HUD minimap because that just didn’t work.

It‘s been a bug in HITMAN 2, that the sounds were still playing even though the score info was disable. It was eventually fixed in HITMAN 2… only for it to be back in HITMAN III.

It‘s mind boggling, to be honest.