Here is the Gamescom gameplay trailer

Looks pretty good imo. Cops seem like a big improvement compared to payback and the tuning has gotten even better than Payback/2015

Best NFS for me was Underground 2. The day a NFS comes with such an extensive visual tuning will be the day I buy it again. I want to drive around my low budget rice pan through the city. Did that happen yet?

U2 was my favorite as well, followed by the original mw but the latest games had great costumization that allowed you to make the ultimate rice machine out of your honda civic.

Thanks for sharing this. I am very excited about this game. The exhaust sound customization looks really fantastic.

the latest games had great costumization that allowed you to make the ultimate rice machine out of your honda civic.

Indeed. They have also announced the car list. Pretty much every car in Payback except two hot rods will make their returns, with some new ones, returning ones, and convertibles.

It looks like we won’t have trunk stereo system or hydraulic, but customization in the trailer still impresses me a lot.

So to anyone who still follow this thread and is interested in this game, I would like to recap some recent info with videos. Overall, I can’t wait to play this game cause it looks solid! Anyway, here goes:


127 vehicles included from the start. Some hero cars from previous games will also make their return. I am really impressed with Rachel’s 350Z caused now its bodykit is identical to its original appearance. Convertibles are a welcome addition to the game, too!


It is said the handling is massively improved in this game. By default, you can’t brake and enter the drift mode without tuning. Now it is also possible to follow the racing line, brake the car into the apex, then exit the corner.


You start as a newly-in-town street racer. Police force also seems to have a shady plan on taking down the street racing scene in the city. Thank goodness they get rid of the Fast & Furious type of plot found in Payback. But where story will go is still a mystery at the moment.


This is to me by far, the most unexpected part of the game. Not only does the protagonist (both male & female) has voice. There are over 500 items on cloth and style changing. You can even put a skirt (not the skirt from your car) on your male character too if you want!
2 Likes
StevenBradley October 19, 2019, 12:32pm #26

Still wary of the game. Even if this seems very promising and a breath of fresh air, I don’t fully trust EA with the removal of the “surprise mechanics” micro transactions, as they can bullshit their way past launch and put them into the game at a later date.

Yeah the game is actually looking to be a promising entry and something unique for the series. Taking the best bits of Rivals and Most Wanted and Underground.

I don’t fully trust EA with the removal of the “surprise mechanics” micro transactions, as they can bullshit their way past launch and put them into the game at a later date.

Indeed. This is the EA we’re talking about. We can only see if they will rip us consumers off again once the game comes out. As for now, I am pretty confident of this game, though.

Taking the best bits of Rivals and Most Wanted and Underground.

Well we won’t get ourselves police cars to take down racers this time around (at least from the release) but yeah car customization can potentially be the best of the series.

Ooh boy the style is gorgeous, too. I always love a good neon aesthetic.

The game does catch the vibe pretty well! With the right car and right clothes, how can it be more Miami-ish than driving a white Countach down the street while wearing Hawaiian shirt? Now all it needs is the sunset and some proper 80s music.

I thought I saw somewhere that they never reached a licensing deal with Ferrari, and so there are no Ferraris in the game. My best memories of past games is driving the Ferraris. Especially NFS Hot Pursuit 2

I would not be surprised, some manufacturers have exclusive contracts. For example Porsche is currently only in Gran Turismo. Or games that feature destruction of cars is something manufacturers don’t like to see.

EDIT: I am looking at the video @Yellow_ZR1 posted of the car list, there is at least one Ferrari: Testarossa Coupé '84.

Also, oh there are several Porsche. Maybe I was not up to date.

Well since you bring up the topic, I think I can tell what happened between Ferrari and NFS.

Ferrari has stayed gone from the franchise since Underground in 2003. then after a decade, return in Rivals (2013). The most obvious reason is Underground was the point where NFS changed their theme into massive visual customization, which Ferrari doesn’t really approve. See the lawsuit between them and Deadmau5 about his ‘Purrari’.

Hence it took them long to return, yet this time around their cars can still be customized with certain limits. Testarossa can even only be changed with its color and wheels. See the video below:

there is at least one Ferrari: Testarossa Coupé '84.

Be happy people, cause there are 8 Ferraris this time! Probably the greatest number we have seen from the main titles of the series.

Also, oh there are several Porsche.

Yes, with the exception of Underground series, Porsche has shown a good relationship with NFS. Their exclusive deal only ended 3 years ago, which lasted for 16 years (while other racing games can only featured modified ones, like RUF)!

It was indeed impressive! And I gotta say after playing the actual game, the game itself is definitely solid as well. I might share some opinions here soon, but for now I want to keep playing it!

Ah haan ! make sure to tag me in your comment dude.

So, after playing for a week since the launch day, I can safely say this is the most satisfying NFS title in recent years. Need for Speed: Heat is fun to me for several reasons:

(Btw, thanks, @TheChicken & @Billy123, for continuing following up this thread. I will share as much as I remember.) 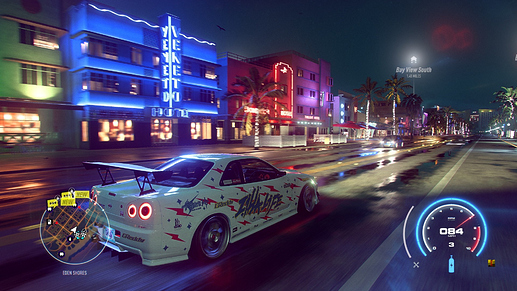 image1920×1080 744 KB
2015 lacks sunshine and being always rainy, while Payback doesn’t look good cause not a single drop of water can be seen. It’s all dry on the desert environment. This is where Heat stands out, the Florida/Georgia scenery looks great in any sort of weather and time. And driving under the sunset on Miami beach is totally possible! 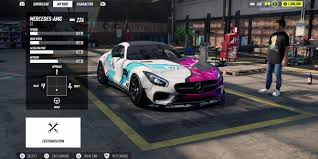 At my first playthrough, I thought a balanced tuning would suit me perfectly. So I put on some off-road tires, mixed with drift differentials and road suspensions. But soon I found it difficult to win any race or evade any police chase. Then I realized I must put on very grippy parts to actually make my car faster. And to have your car tuned into off-road spec or drift spec is so easy that you only need to change parts. Visual customization is as much varied as in Payback, so not much to say as it’s good already. 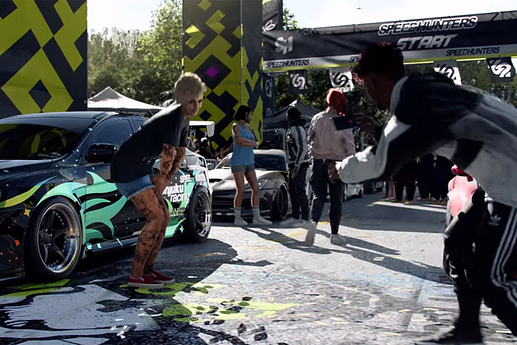 image1422×948 335 KB
The campaign story includes 4 chapters, in which the protagonist has to do several missions, increasing his/her rep level to complete it. Some may find the story cliche and making no sense, but I think it’s fine. What’s really shining to me is the sense of progression. Every car, performance parts, visual customization can be earned and purchased with in-game currency through progression. There is no micro-transaction found anywhere in this game, which is a huge step up from Payback. Maybe EA finally learns lessons from their own notoriety?

Not So Good Soundtrack List, but Amazing Car Sounds 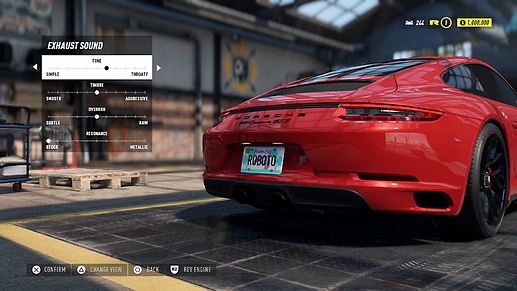 image1920×1080 458 KB
Pretty much the only weak thing I found in this game is the music. Just like its gameplay, there are individual soundtrack list for both daytime and nighttime. I am fine with Hispanic music, since it suits the Miami vibe pretty well. But the nighttime Dub music is what makes me switched to my Spotify playlist after the second time I played the game. No rock music is certainly disappointing. But on the other hand, engines roar like a beast in this game, while the exhaust tuning is the true music to my ears.

So anyway, I would definitely recommend NFS: Heat. It is the best from its developer: Ghost games. And from a fan who has played since Underground, I would say this game will suit your tastes, too!


Lucas Rivera, who plays as a supporting character in this game, is a mechanic who helps the player tuning his cars. He is voiced by Jonny Cruz, who also happens to provide voice for Jordan Cross in HITMAN. So think about this whenever you hear him talking.

Thanks for the helpful review. I don’t play a ton of racing games, but I like to have one or two good ones around and I haven’t sunk some time into one since Midnight Club: LA. I might have to check this out.

Of course, the real question is: Can I run over Jordan Cross? I’m always interested in new ways of killing that bastard.

Can I run over Jordan Cross?

Ah well, I will make sure to fully upgrade my tuk tuk before I commit such crime (visually with hot pink underglow and crazy stickers and decals). After all, evading security’s chase is pretty important!

Anyway, thanks, buddy! I am glad you like my review. One thing I forgot to mention is that the day/night mechanic is an interesting feature in this game. During nighttime, it’s important to avoid cops, so you are allowed to enter the next race. Therefore, this game requires some stealth driving skills!

Thanks for the thorough review.

Time to put this thread under radar again! Because this is big news. Criterion Games (the developer of Burnout series, who also made Hot Pursuit 2010 and Most Wanted 2012) will gain back its control to NFS. 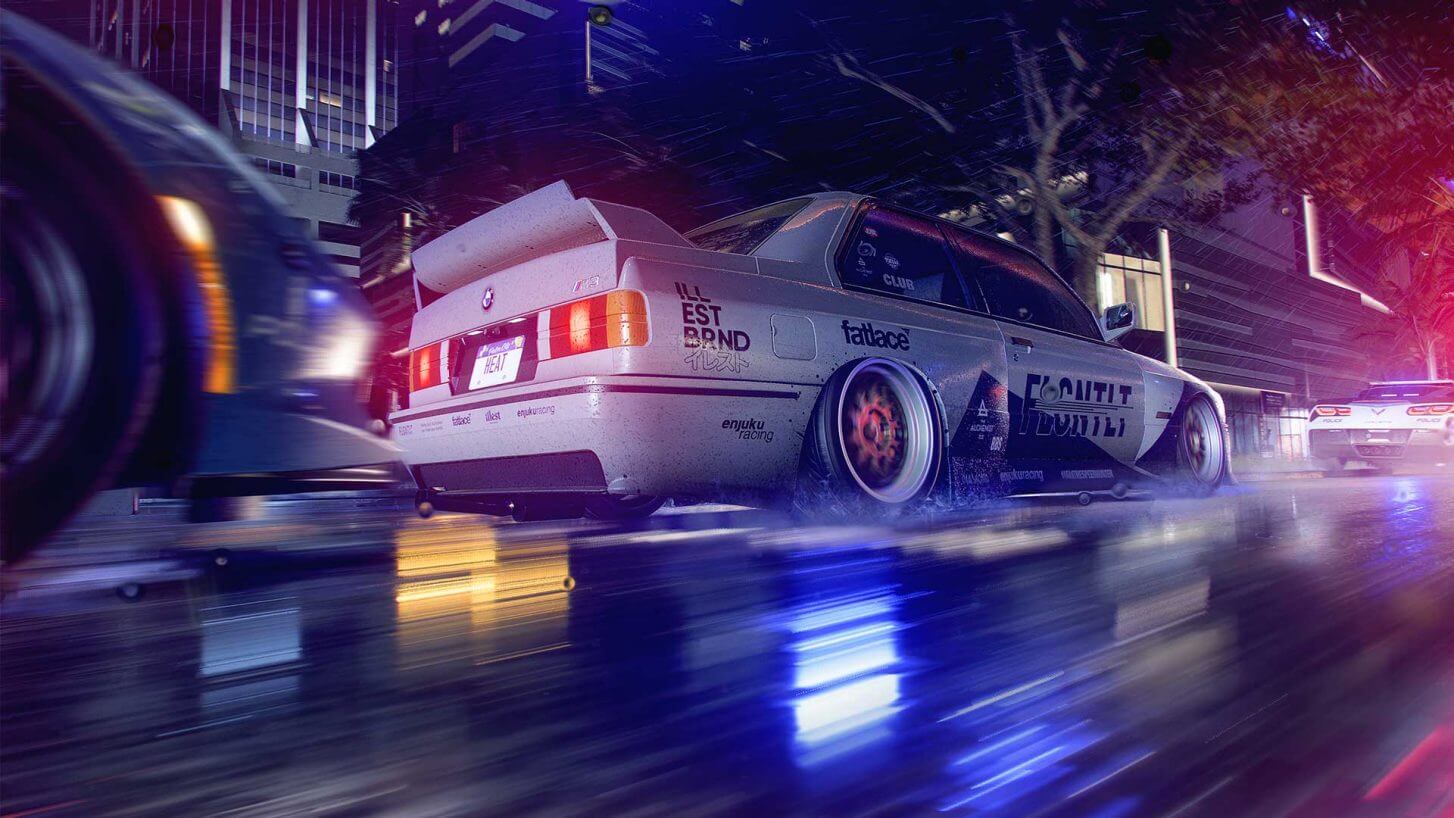 EA Gives the Need for Speed Franchise Back to Criterion Games

In a surprising move, Criterion Games will once again produce Need for Speed games for EA. UK-based Criterion, which developed three titles in the franchise from 2010 to 2013, will…


As for my personal opinion, I feel bad for Ghost Games. Heat is the most well-developed title from them, and they tried so hard to satisfy players from different eras of the series. Oh well, I can only hope they won’t be another studio that gets killed by the boss behind them.
1 Like
Urben February 13, 2020, 8:13am #40

I still did not play Heat but it seems they tried hard to get back the Underground 2 flair I liked so much.

I think Criterion Games are good so far, I liked the Burnout series and MW 2012 (way behind U2 though). For long I had the impression they put too much Forza into NFS after MW 2012.