Please make the Banners for featured contracts a bit shorter?

Currently the banners for featured contracts are taking up half of the image, which makes it quite difficult to create a cool image. Eveverthing has to be shifted way to the left side, to make space for the LONG banner. If IOI could kindly make the banners a bit shorter, it would be much appreciated?

I know that you refer to Davy Jones Locker since the crop was awful on that one (the goddamned meat bone), just make sure to have the main point of the thumbnail in the center of the screenshot, I’ve seen so many submissions that have important thumbnail details at the side of the screenshots and I went like “oof, this won’t turn out good for them”.

Here is one of my submission screenshots, just to set an example of “make sure all the important details are in the center”: 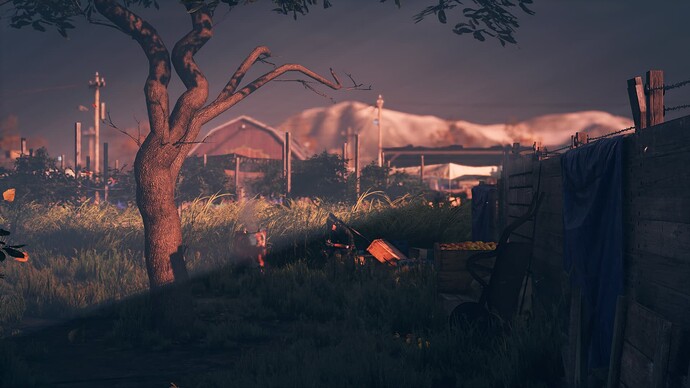 Cool pic! These days I just shift the main object way to the left, so they can crop off the right side, and there is still space for the banner. However, have you seen this months banner? Its LONG…

You mean Halloween’s? The same as every month, just gotta be careful with it

Nope, the November one, its called Frivolous Fables.

The roadmap banner? It’s just on the roadmap, who cares? Just be careful with the FC thumbnails, I still regret the “Broken Sled” thumbnail lol, that one was really bad, I didn’t thought Urben would choose mine and even if he did that he would just take another cool pic, but nope, he went with that one, lol.