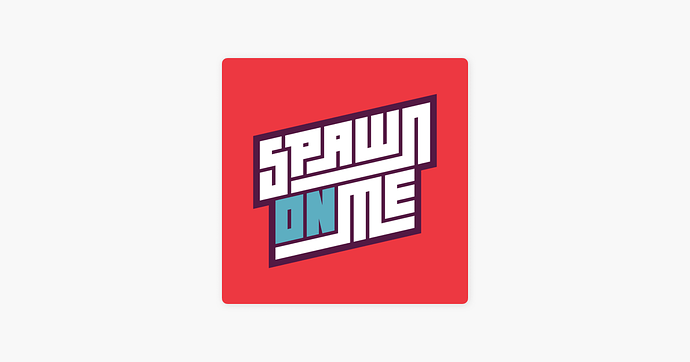 ‎Spawn On Me with Kahlief Adams: HITMAN 3 EXCLUSIVE INTERVIEW with Executive...

Really good interview with Forest Swartout Large, the senior producer of Hitman 3 at IO Interactive. She is super funny and articulate.

Started at UC Berkeley in film studies, and then left to start at age 19 to work at an animation film company (Tippett Studio),working her way up from coffee hand to producer. Forest worked on the first photo-real fur rendering. Was producer and senior manager at Crystal Dynamics, where she worked on five titles in the Tomb Raider franchise, as well as LIMBO (iOS) and Inside and the first Unity title on Xbox One.

Forest discusses how she works to establish and develop effective, inclusive and resilient teams, harnessing the creative talent within teams, and bringing together people of different backgrounds that merge together to create a common vision – which were key aspects to the success of Hitman 3.

Really good producers are hard to come by. You can tell from game development hell, such as Bioware’s Anthem, what happens when you don’t have a good management team.

Forest started at IOI working with Game Director for Hitman 3, Mattias Engström on Marrakesh of Hitman2016, when the team needed an injection of new energy to push out the last half of the content of Hitman2016.

Forest says that Hokkaido was conceived to have more glory kills which were never released. I would like to see those X-rated, never-to-be released glory kills.

Stated that Hitman VR was conceived for Hitman from the beginning, not as an afterthought – pushed mainly by two VR diehards on the IOI team.

Forest said that quite a large team is still involved in the post-release of Hitman 3 content over the next year, but that there would be no new Hitman maps, just elusive contracts, escalation contracts and possible reworking of existing maps.

Forest stated that being independent in 2017, meant that IOI could generate Hitman trailers for Hitman 3, where they could introduce Hitman 3 as more as a cerebral puzzle sandbox with stronger narrative ties, and less as a fast action “shooty-shooty” game which was pushed by their previous owners to increase sales of Hitman2016.

Almost all interviews with IOI management discuss how they have tried to meet expectations of their core fans.

In the last of the trilogy, Hitman 3, IOI realized post-release that they appeared to have met expectations of non-core, Hitman players too, who finally understood what Hitman was about.

Certainly Hitman 3 ended up with most gamers and the developer (IOI) having their expectations met. This wasn’t true of Hitman 2016 where Hitman2016 didn’t meet expectations of gamers, where controversies such as the episodic release and the always online requirement overshadowed other aspects of the game.

Forest said that quite a large team is still involved in the post-release of Hitman 3 content over the next year, but that there would be no new Hitman maps, just elusive contracts, escalation contracts and possible reworking of existing maps.

So far nothing new except… Only one year of support?

I get a sense that IOI doesn’t know what is the future of Hitman, outside the year of post-release of the complete World of Assassination trilogy, except that Hitman is now done for the time being at least in terms of release of new locations and maps for the Hitman trilogy.

If a new Hitman release is in IOI’s future, then it will be something brand new outside of the World of Assassination trilogy.

As far as I can read into their statements, IOI is now hiring to more than double the size of their company to ~400 employees with a primary goal of development of “Project 007” in what will likely be a likely trilogy of James Bond games. Probably what could happen of course, is that there will be Easter Eggs and references to Agent 47 in “Project 007”.

Only one year of support?

One year of new and reused content seems like more than enough. Sales from the majority of the core audience have probably gone through by now, and any resources put into WOA could be considered lost profits.

True. There is the hard and cold fact that making video games is a business, and a business of priorities of investment.

However even if there is a short term financial loss in post-release service of content for free, you are working on continuing to build your relationship with the consumer.

The making of video games is expensive and arduous, and it also helps having a team of highly passionate, creative artists, who put in the effort beyond their paycheck, because they love what they do – and want to provide the payback to fans who appreciate what they do.

Part of the long term financial success of a video game company is keeping promises and meeting expectations.

The game developer meets promises and expectations in previous releases, and then gamers will shell out up to $100 USD for a future venture based on the positive relationship built from their previous release.

Also the game developer has an easier time in hiring of the best, new talent for their company because they know that all their arduous efforts in long hours in front of a computer screen will have payback in an appreciative fan base.

If you listen to Jason Schreier discuss the inner workings of many triple AAA failures, dedicated employees toil years of product development to a wasted end, due to cancellation or scrapping because of poor management.

So far nothing new except… Only one year of support?

A year of escalations, elusive targets and featured contracts is all I ever expected. If we get a Patient Zero style campaign at some point, which I really hope we do, it will feel like a bonus.

If a new Hitman release is in IOI’s future, then it will be something brand new outside of the World of Assassination trilogy.

Am I the only one here who wants Hitman: Absolution 2? For me Absolution felt like a Hitman Game and Hitman WoA like an assassination simulator.

Agree with that. The only thing I’d hope for beyond that is for IOI to do whatever is necessary to remove the online requirement from all possible game modes (ie. everything except Contracts mode) after live support ends.

I won’t complain if we just get a year of Escalations and ETs, but once that winds down I will be pretty broken-hearted if IOI don’t futureproof their WoA masterpiece by removing the Always Online requirements. I trust that they will do this, but I’ll be desperately, desperately disappointed if they don’t.

Awesome interview! Thank you for posting it, David. And happy birthday!

with a primary goal of development of “Project 007” in what will likely be a likely trilogy of James Bond games.

So we will get probably three Project 007 games?
Sounds good! But first I have to see Project 007.
Is IOI only working on Project 007 right now, or one more unknown game… What is official?

Their careers page lists positions for “Project 007” and “Unannounced Project.” So there’s at least 2 projects in pre-production.

She said at 38 minutes that at peak, 18 environment artists were working on the game, few render programmers and only one lighting artist. It’s crazy, only one omg. The work on Hitman 3 is monumental for only one person on this stage.

I think it will provide an interesting insight for some people here about lighting.

Yes, forgot that. Forest says that “Stephania” was the only lighting artist. That is absolutely nuts given that lighting is such an obvious enhancement in Hitman 3.

Forest states that lighting was a key feature given that the game director also had a background in lighting effects.

Also Forest said that what they learned from earlier versions of Hitman is to start with the constraints from the renderers first, and then iterate within the constraints set by the renderers to ensure that they didn’t end up spending a lot of time in developing cool environmental effects and flooding the game space with too many NPCs causing excessive slowdown and chugging because of processing.

New PC processing chips, video cards and new consoles will allow IOI and other devs to work under less constraints.

and then iterate within the constraints set by the renderers to ensure that they didn’t end up spending a lot of time in developing cool environmental effects and flooding the game space with too many NPCs causing excessive slowdown and chugging because of processing.

Hitman 3 was extremely well mastered on this stage, better than the 2 previous ones I would like to say. The rendering team worked well on that, all levels run perfectly, even Mendoza on mid-range hardware.

Forest says that “Stephania” was the only lighting artist. That is absolutely nuts given that lighting is such an obvious enhancement in Hitman 3.

check out her Artstation page for some nice screenshots

Hi ! I am a Lighting Artist currently working at Io Interactive. On my free time I play lots of video games, paint and take lots of photos :D

all levels run perfectly, even Mendoza on mid-range hardware. Mendoza is just really badly optimized. they increased the LOD for that specific level and i dont think the game can handle so much foliage + NPCs on screen at once

The Digital Foundry guys had to look pretty hard to find places where there were issues with Hitman 3 with midrange hardware, especially the foliage in Mendoza. I don’t think there are drops in fps with next gen consoles or high end PCs.

In my video, you can see that the foliage is outside the render area. The game slows down even in a small tunnel lol.

I don’t understand why it hasn’t been fixed yet. How could this have been missed during internal tests? It’s a mystery to me.

There is Project 007 and a new multiplayer IP, plus a prequel to Hitman “Baby 4.7 vs mini Ninjas”.