I do not think the way women are represented in Hitman Blood Money would be allowed today wth their thongs up their cracks and the outfits they wear.

You have a point most female character models are oversexualised or incredibly ugly and all of them get reused to Hell and back.

That won’t stop me from thinking this thread will resemble London during the Blitz by the time I wake up tomorrow.

Well it was 2006 so you have a point. Times have changed and so have the representation of women in America. There is one model for most non target npcs. If you noticed, 47 has the same body as the sailors and the women all use the same body type to save resources. (Except for the overweight npcs including the middle aged women) Also I dont think portraying the party going crowd of mardi gras and playboy mansions is sexist. Many people get arrested for exposing themselves during mardi gras. So seeing some perky breasts and thongs isn’t that far fetched or sexist in my eyes.
Sexist would be portraying every female as weak minded and helpless. Damsel in distress etc. But there are so many strong independent women in Blood Money including the assassins and npcs who pick up guns to shoot 47. Then people called the Nuns in Absolution sexist… I think it was badass. Of course somebody is always going to be offended though and sometimes for good reason. In this case though I think its overreaction. Im obviously not a female but If a female told me Blood Money was sexist and offended them I would believe them because I dont know how it feels to be mis-represented. I feel for those people.

But… If IOI is sexist than so is about EVERY japanese developer who almost always portray women as pre puberty anime girls that make suggestive noises all the time. (Tales of Xillia, Yandere Sim, Nier Automata) Etc.

Im a staunch advocate of fair representation in gaming, and simply put I believe the portrayal of women in Blood Money was a combination of : Setting, Lack of Resources or computing power to make every NPC unique, and or a basic misunderstanding of American culture on IOIs part. I myself wouldnt call them sexist though but that is subject to change. I do remember being a child playing blood money and getting a funny feeling when seeing female NPCs and I guess thats where I begin to see the fault in my logic. If every woman in the game is a drunk or attractive than that IS unfair representation. 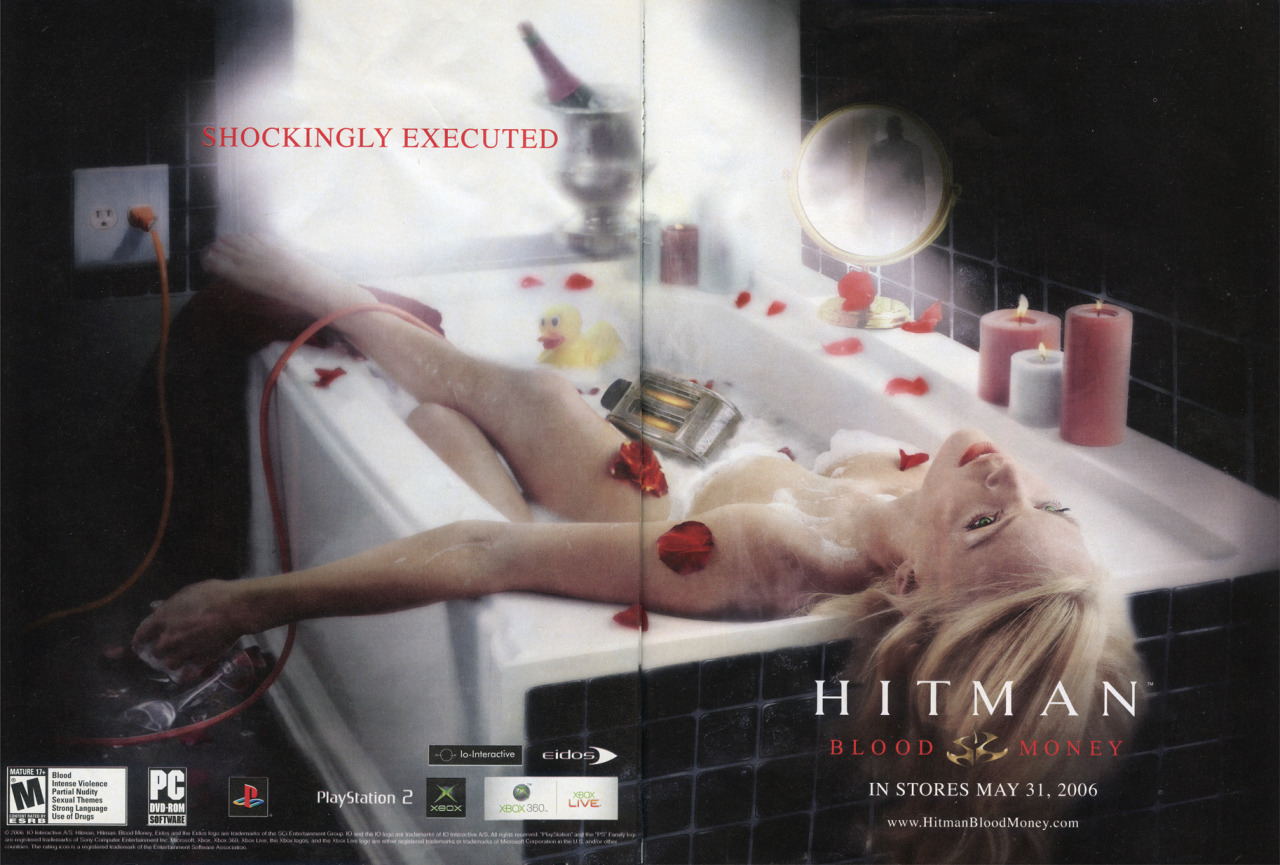 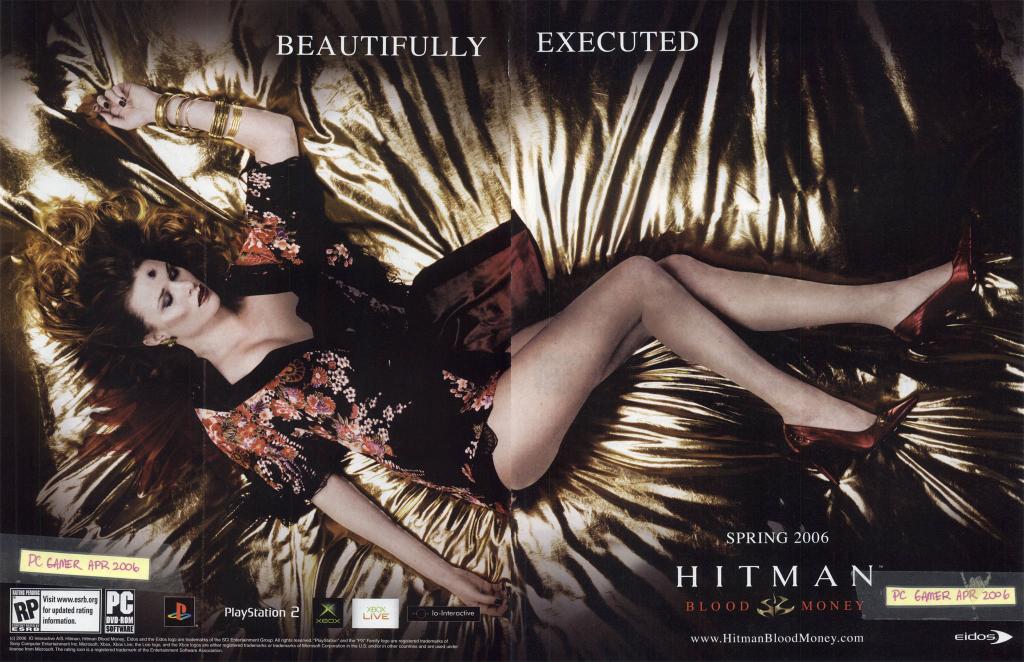 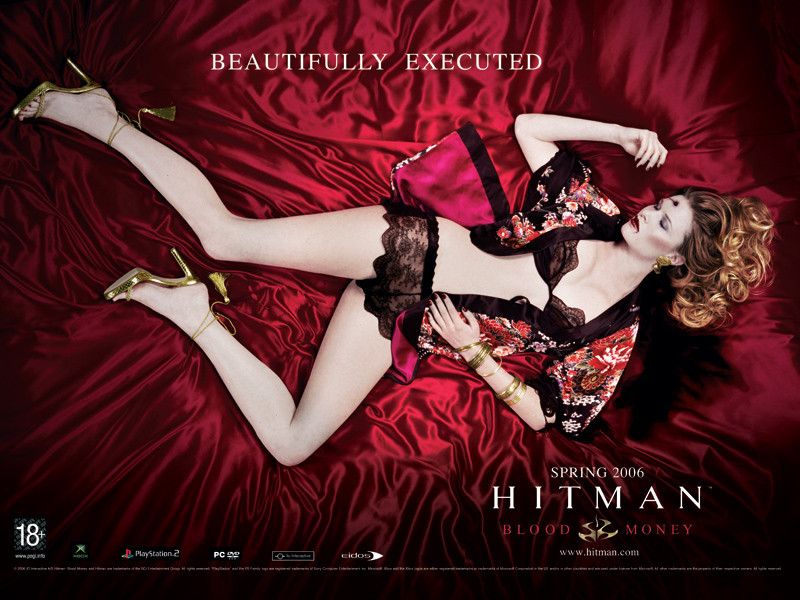 Im not sure how i feel about that artwork. Part of me sees the Artistic vision of said wallpaper but at the same time it seems to be in poor taste. Definitely deserved the controversy in my opinion.

I mean you have to ask yourself, who was IOI trying to market to with these images? Fans of hitman at the time were probably not so giddy about stuff like this.
47 doesnt just shoot women in the forehead or kill them with toasters so it just makes little sense.

We had a thread on this some years ago, as expected, it ended up getting closed.

To be honest it is kinda sexist in 2006. I mean every woman is either treated as a sex object or unappealing as a joke. Only further hampered by the fact that the oversexualised models continue to appear in levels there really shouldn’t be any logical place for them.

Also I recall reading the rate of bodily expose has decreased in the New Orleans Mardi Gras since and it attracts all kinds of people all over the world. The only level where it is really appropriate is the Colorado level which takes place on a smut magazine shoot.

Sexism isn’t just about the role a woman has in the story. Sexism can also be when a game has nothing but underwear models or ugly people as its depiction of females then that can be construed as sexist.

Also in your Japanese games section I have to make some remarks now bear in mind I haven’t played any of those games but I recall Yandare Sim being a deconstruction by a Western developer, Nier: Automata is by Taro Yoko and is almost certainly a deconstruction with Xillia being the only game I am unfamiliar with.

And if I recall the biggest controversy the Saints attracted was religious based on their use of Catholic imagery in a sexualised way. It runs counter to Catholic doctrine, is unnecessary and the game ever makes fun of how impractical it is to dress people pretending to be nuns into fetish gear.

While you are correct in saying the limited character models is some sort of restraint induced flaw it is still weird that they couldn’t program a decently proportioned woman and hit Ctrl+V a few times.

Im not sure how i feel about that artwork. Part of me sees the Artistic vision of said wallpaper but at the same time it seems to be in poor taste. Definitely deserved the controversy in my opinion.

The “X Executed” line of advertisements was criticised for being tasteless and marketing what appeared to be suicides especially in its use of women engaged in violence to attract an audience.

I can’t believe it isn’t a shit show already. This has to be an internet record right?

Well if the wallpapers were related to some missions like some of the other pieces of artwork that got released, it would have been okay, I think, but the executed women in these have no connection to the game.

Lorne from the mission You better watch out… 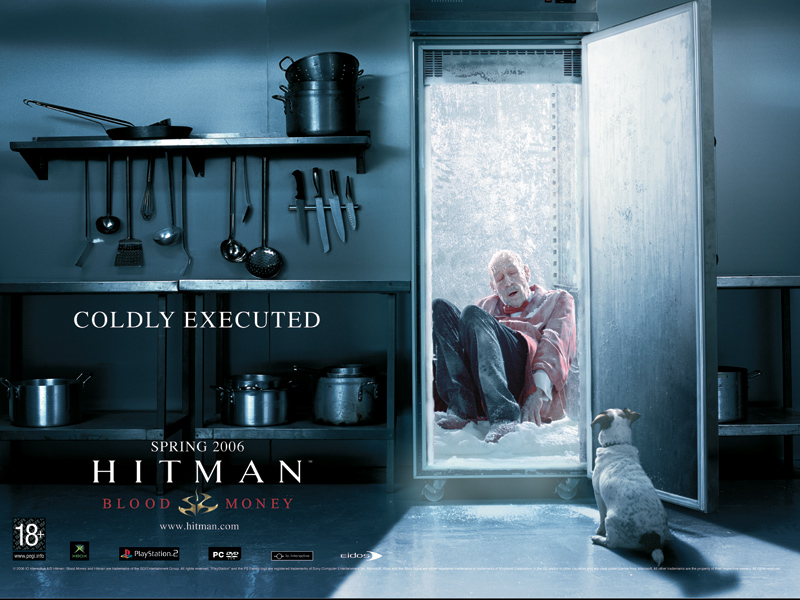 Reference to Curtains Down but also to Fernando Delgado since he uses a cello. 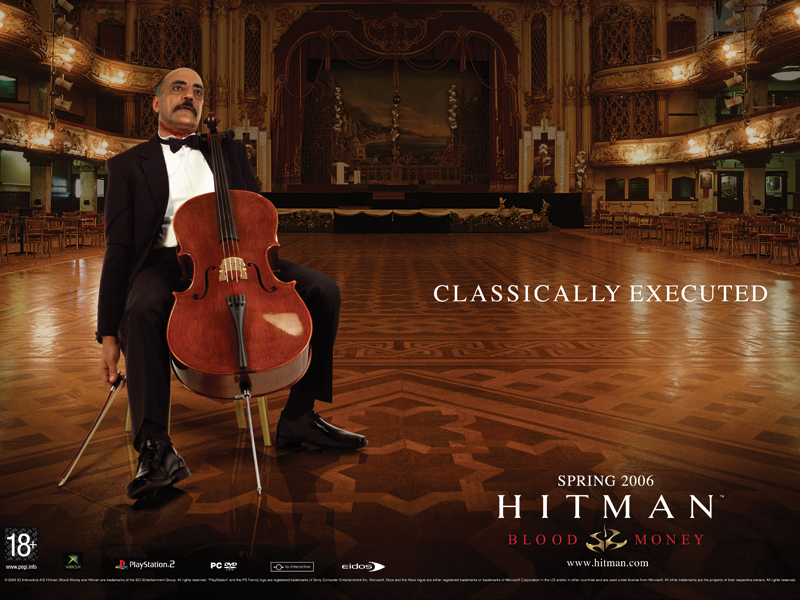 If they were targets… well…

Off topic but I really wish the Opera house in Curtains Down actually looked like that. Its beautiful.

Should be “Chillingly Executed”

Thankfully Hitmanforum is not home to many deplorables and most scumbags instantly get the boot, so im not all that suprised this isnt a shitshow yet. But i do expect this thread to be locked at some point either today or tomorrow just because its a sensitive topic.

Given this was their model they worked off of I think either version is a decent job. 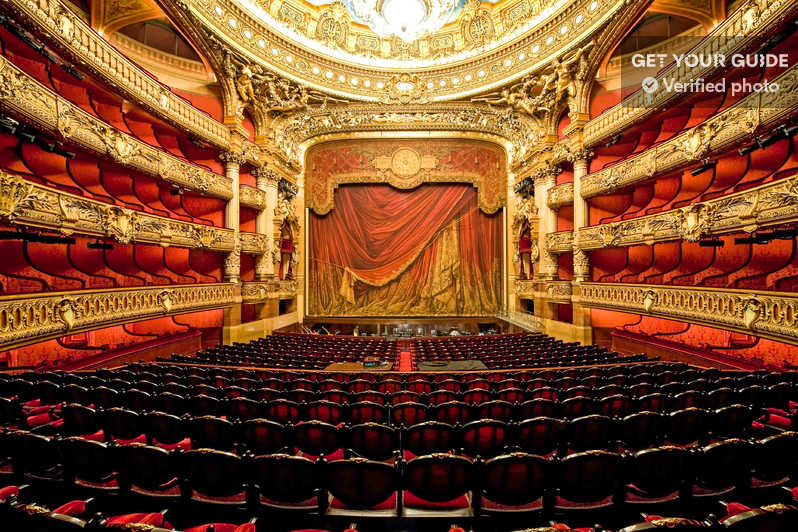 The saddest thing is that is the first dialogue in the game. That is what a person’s first impression is based off is that vital few lines and images. I was lucky I was nine and didn’t remember or realise just how bad that is.

So you’re saying that if you first played Blood Money when you were a bit older it would have ruined the experience just because of those bits of dialogue?
Can’t imagine you’re experience with San Andreas then

and not from games.

“wHaTchu lOokiN aT cRackA”
Its wrong but the delivery of that line makes me laugh too hard. Am I a bad person for that… That line has stuck with me for years and is sort of an inside joke between me and my bro because in Middle school some fat hillbilly bumped into my brother during breakfast and said “watch where ur walking cracker” which is ironic cause of the redneck saying it.

No I usually like to get a few minutes in before I make up my mind bu that doesn’t mean someone saw that then went “Fucking nope!” and bought another game.

Some say it takes five seconds for some people to make that decision. And if someone said “Nope” after that line I don’t blame them

That is different that game is a comedy game that parodies African-American crime films. I got up to the flying missions for Toreno then gave up because the flying sucks balls.

True but that line is in a game that says it is a serious game about killing people and that line is like it came out of parody. There is a thing as too much and definitely a thing called context.

You aren’t a bad person for liking it so long as you acknowledge it is a terribly written line and acted poorly. It is a funny line.

The “X Executed” line of advertisements was criticised more for being tasteless and marketing what appeared to be suicides. There were complaints about the use of women but that was merely an off-shoot argument over them being tasteless.

Not true, the sexualization of violence against women (use of Drop Dead Gorgeous trope) was the main complaint back then, far from some off-shot argument.