So inspired by some discussion yesterday in the Mendoza part of the forum I’d like to start a thread dedicated to changes that are so small that maybe, just maybe, IO would be able to patch them in.
Here I’m not talking about bugs, but straight up design additions, but really small ones.

Here’s my two to start off with:

1.) Add the ability to place the documents that will cause Don’s wife to kill him on a table in the villa bedroom. As it is now you’re forced into using a disguise. 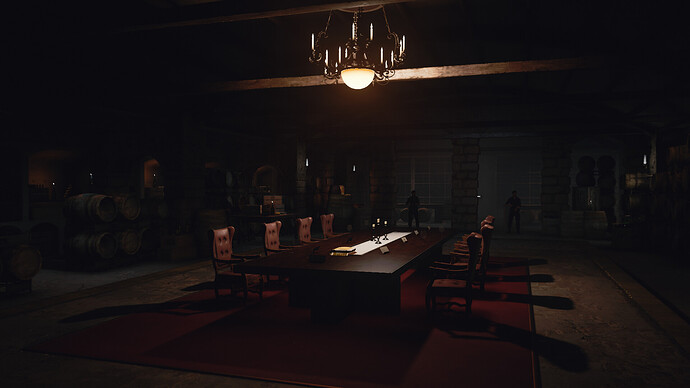 …are taken out (killed or pacificed) before the meeting takes place, have three of these guards… 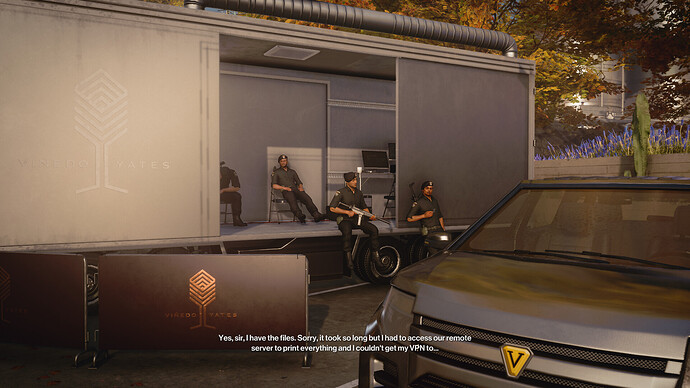 …arrive to take their place. As it is now pacifying the guards in question makes it so that Diana goes up to Don’s bedroom alone, which makes no sense. Obviously Don would make sure that she’s escorted.
The guards in the latter picture are optimal for this as they are very unlikely to be dead/pacified. If they are shrug I can live with there being no further fixes.

I’ll be adding my own details as I keep playing the game. Feel free to contribute. But remember, these have to be small stuff. No new mission stories, no new dialog, no advanced scripting.

3.) For the unique sniper kill in this mission. Remove the requirement to be dressed as a gaucho in order to send the kill photo. I kinda understand the reasoning that the sniper can see the spotter, and expects him to be a gaucho but this method includes enough hoops to be jumped through already that if someone wants to do it all in their suit, they should be able to.
Maybe for the guided Mission Story it could still be something you’re asked to do for flavor, but it shouldn’t be a requirement.

Yes those things really bug me too! i always play without the Mission Stories on, because i like to figure out those by myself. i couldn’t understand why i cant mark Tamara when disguised as a Merc or even in my Suit. Thats some terrible design imo.

My favorite way of playing is SA/SO so this really bummed me out.

put escalations under “game modes” as well because most casual players simply won’t find them. same is true for all the bonus missions

In the Carpathian Mountains mission if you pick the Outdoors starting location you begin just before the silenced pistol making workbench. However there are no pistol pickups anywhere near you. So you have to go and pacify a guard in a later/earlier car to get their gun and then backtrack to the workbench

Remove the requirement to be dressed as a gaucho in order to send the kill photo.

Seconded. Had the same problem as MrOchoa there. At minimum, you should at least be allowed to wear the Merc or Bodyguard disguise as well.

What? They removed it?

And speaking of Marrakesh, does the metal detector finally work? If not, that would be a welcome “realistic” change. Not to mention the ability to use the phone booths for the story mission(s) there.

What? They removed it?

yes. it was probably initially for vr but they forgot to fix it or something.

I see. Well I think that one´s easy to patch back in (it would also make sense to put your vision into auto-instict like with the Sgail musicians on that one).

i’m out of likes now but nice idea

i know they introduced clearer audio cues, but i wouldn’t mind having the option to keep the mini-map off but retain the status bar indicating whether 47 is trespassing or being hunted, etc.

is that possible or am i missing something?

I know I’m currently “who cares if it’s too easy” guy in like 3 different threads but letting you start halfway through the level and giving you a silenced pistol??

put escalations under “game modes” as well because most casual players simply won’t find them. same is true for all the bonus missions

They’ve put all the Bonus Missions/Patient Zero/Special Assignments under a new subtab in the Campaign tab. So they’ve pretty much done this already for that at least.