I had no idea there was a key to the toilets. It took me almost two hours to recreate this, trying to figure out ways to distract the real NPCs in the sink area so that I could pick the locks.

Every time I tell my partner I’m doing a sonko they say “sonko these nuts” and I just want to stop talking. 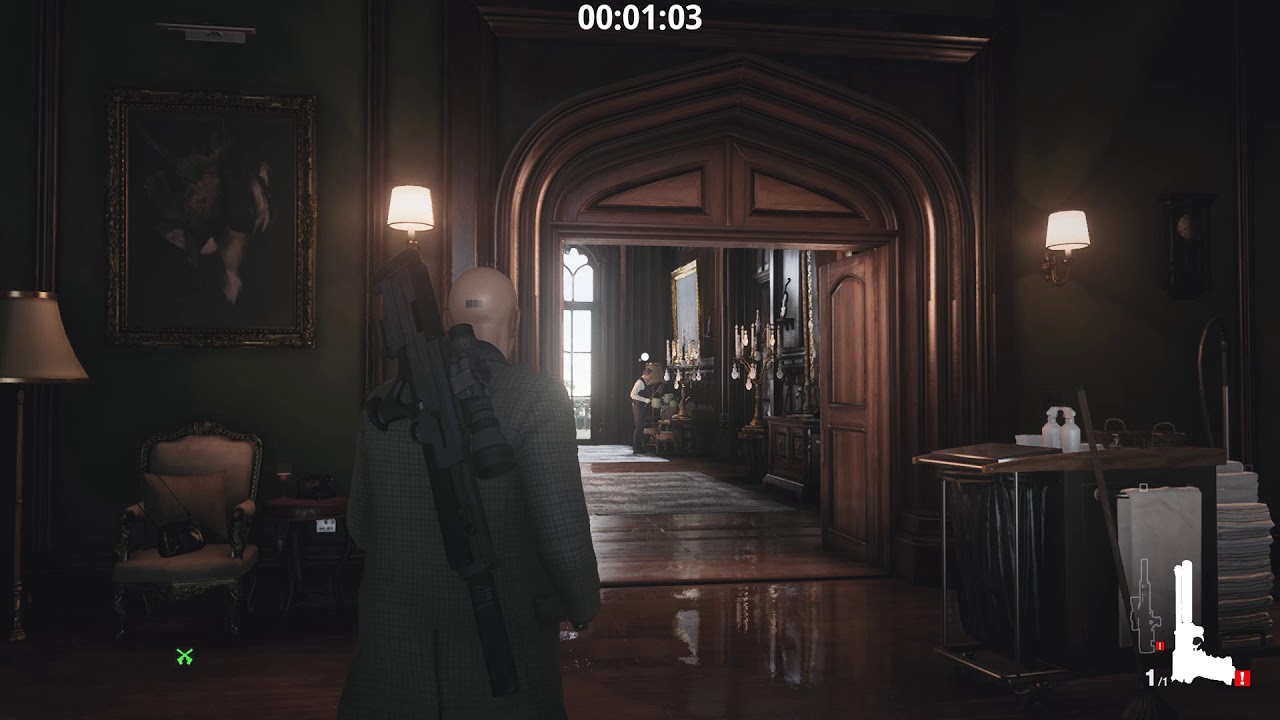 That sounds frustrating as hell don’t worry, I’m not the cruel. All you really need to beat this contract is nothing more than a silenced pistol and emetic grenade although I’m pretty sure that can be changed for something else it’s just what I used.

This one was really interesting. I tried a few routes, but found that this one, even though heavily dependant on time, is fastest one for me.
Really good contract, man. 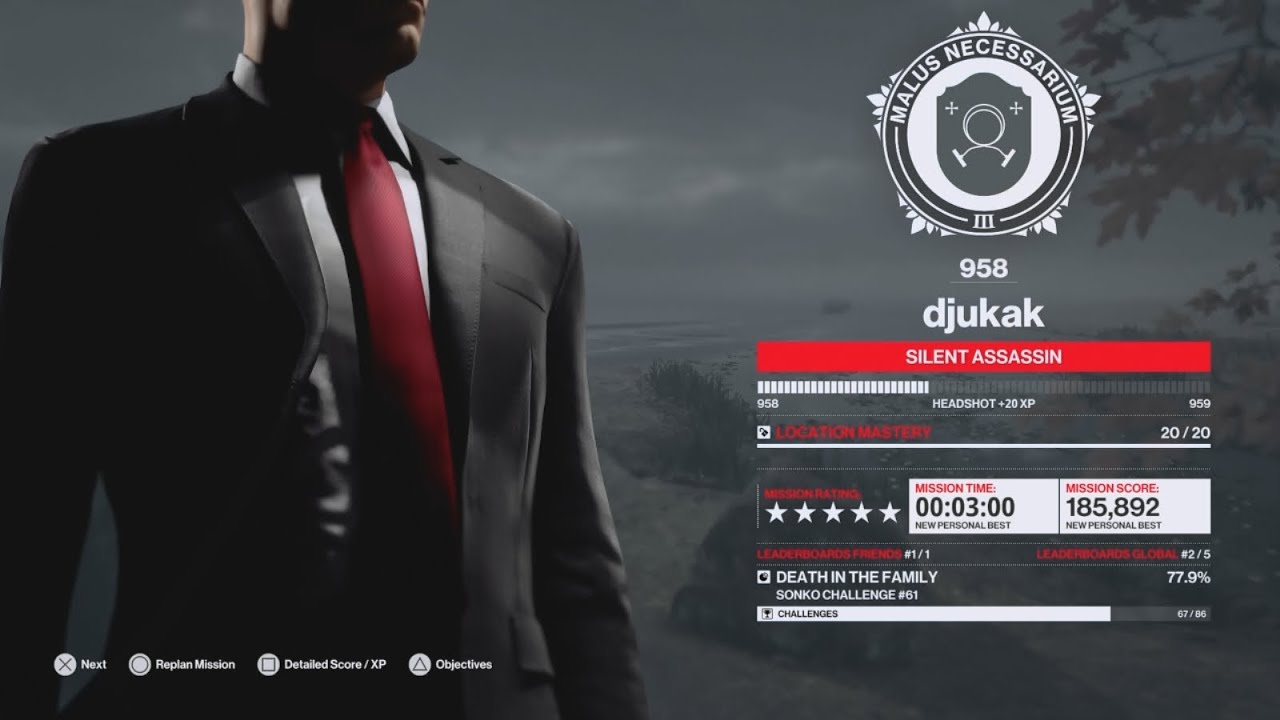 I’m going to claim #68. It might only be one target, but this is going to be a tricky one. 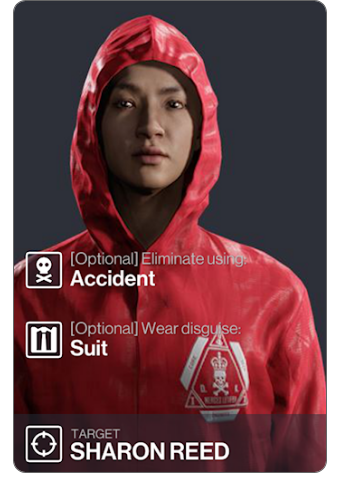 After nearly three hours here’s one of my runs on your SONKO. It’s the most consistent run I could find, but the two toilet kills still throw up all sorts of randomness. It was a great puzzle contract, but caused one or two frustrations! 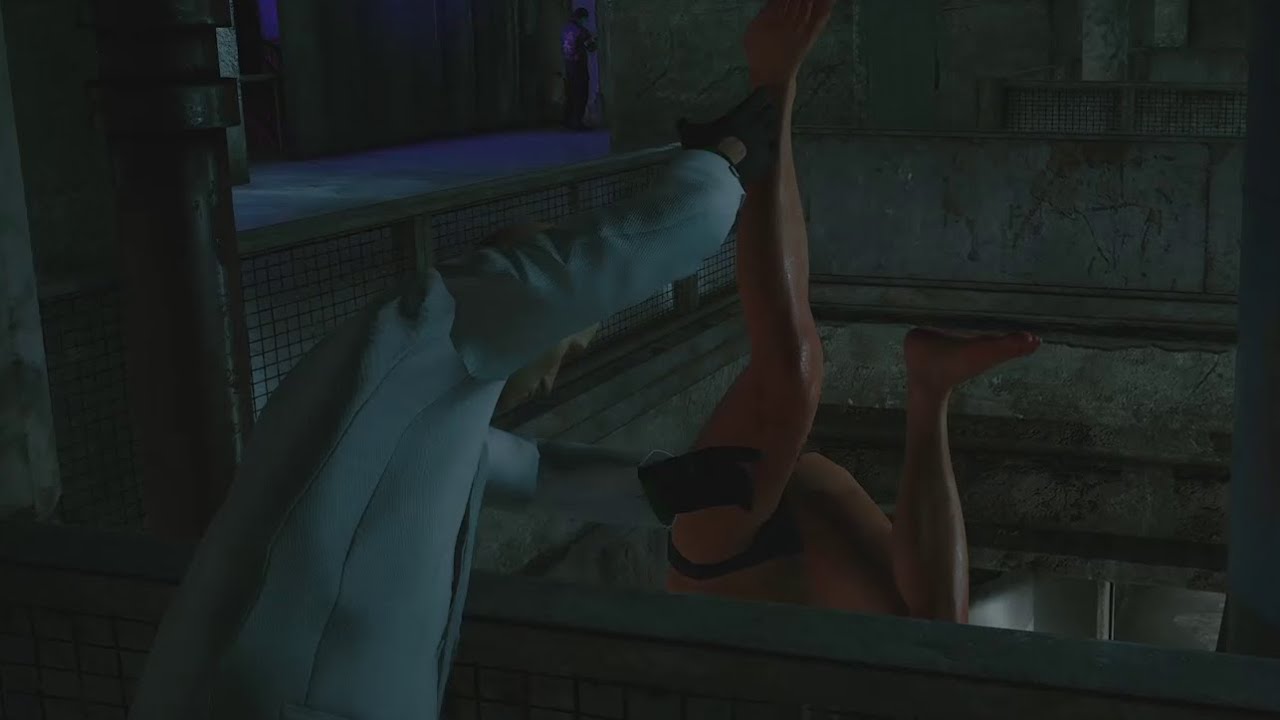 Walther: After using the emetic mine in the briefcase, one them go to the toilet there and one goes next door. It seems quite random. I wish it was as simple as the nearest one (who gets gassed first) stays and the other leaves. The reason the guy at the door leaves is because after setting off an emetic mine in a briefcase it looks like a weapon to NPCs, so he goes off to report it.
Julia: When I first recreated it I was using the same trick you used in the video you posted afterwards. However, it’s too inconsistent to get her friend to see the weapon and even when she does, there is often no prompt to drown Julia. Even using the puke gun, as I did in the video, I struggled to find the prompt. Ironically, after finding it difficult to get her friend to see me when I enter the toilet, on this particular run she spotted me as soon as I walked in. That has never happened before and robbed me of about 15 seconds.

I like your partner’s style. Gave me a proper chuckle

A very nice puzzle contract. It was a good challenge and interesting targets. And i really like that @Euler13 and me used completly different approaches and methods to solve the contract 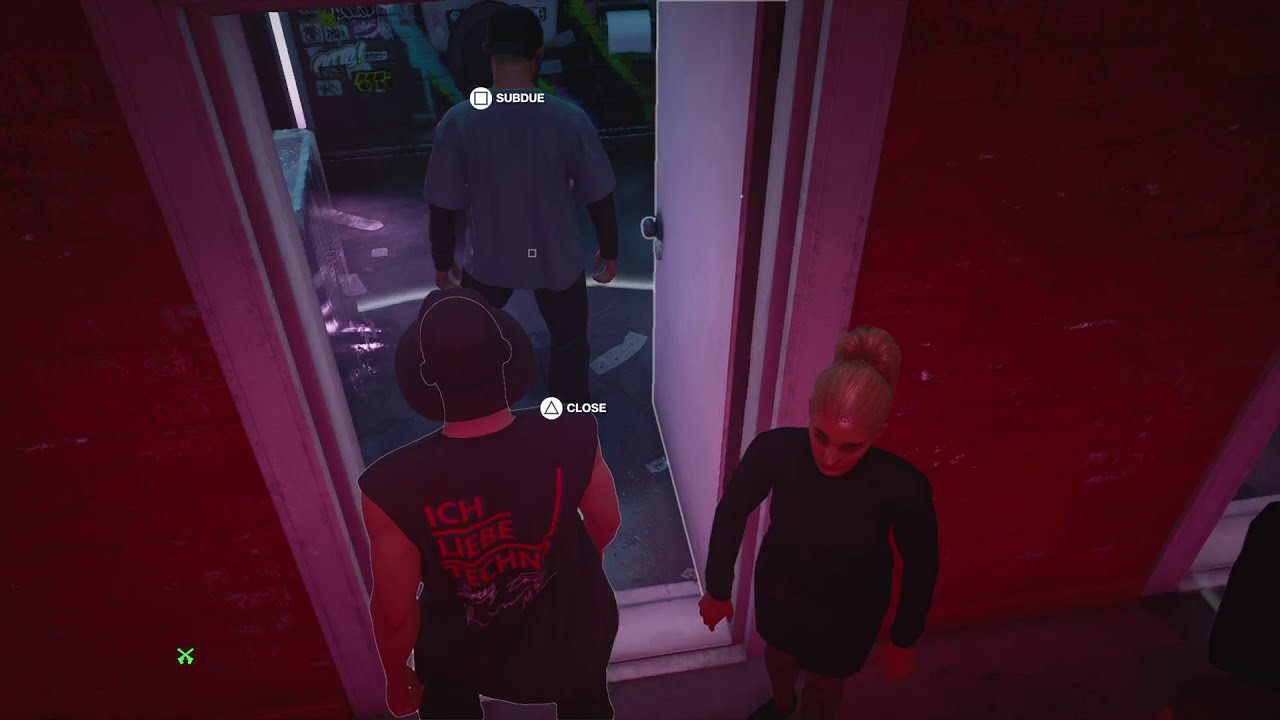 Had a lot of fun recreating this one. Tried a few different strategies that I think I can get to work with a little fine-tuning. (I’m going to get her with that disco ball.

Will make some more later.

This is Going to be fun!! 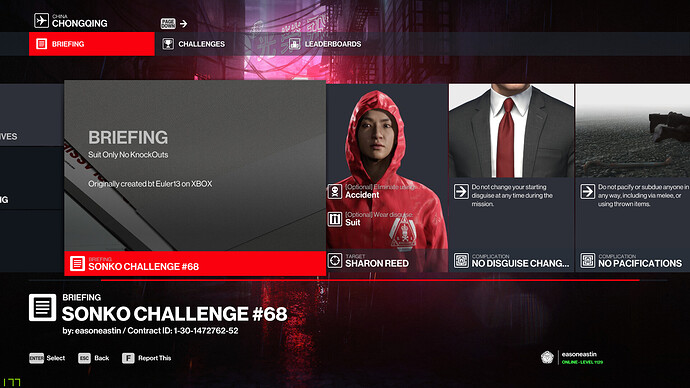 Great contract. Only if those damn coins near fence work with more consistency. lol
I am eager to see faster runs

Hope you will mine one interesting. 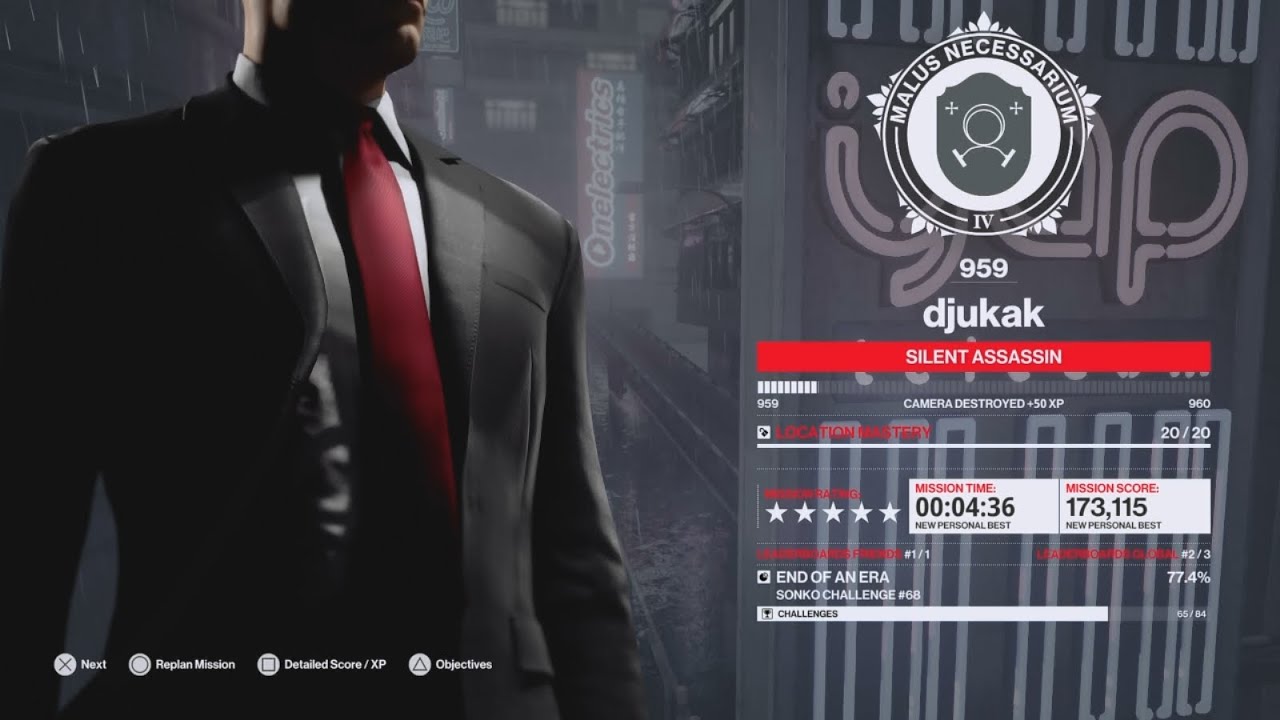 @djukak and @BEowen Great runs! That’s 2/3 of the methods I had in mind. I keep learning new tricks watching pros like you and @CHAOS_AGENT_45 (with his run of #66). I did not know you could use a screwdriver to open the vent grates.

With so little content our side, it was nice to have something to play on Xbox. I took a pretty straightforward route – there is a slightly faster time on the board, but it was nigh-on impossible to record a clean run this afternoon with all the disconnections. 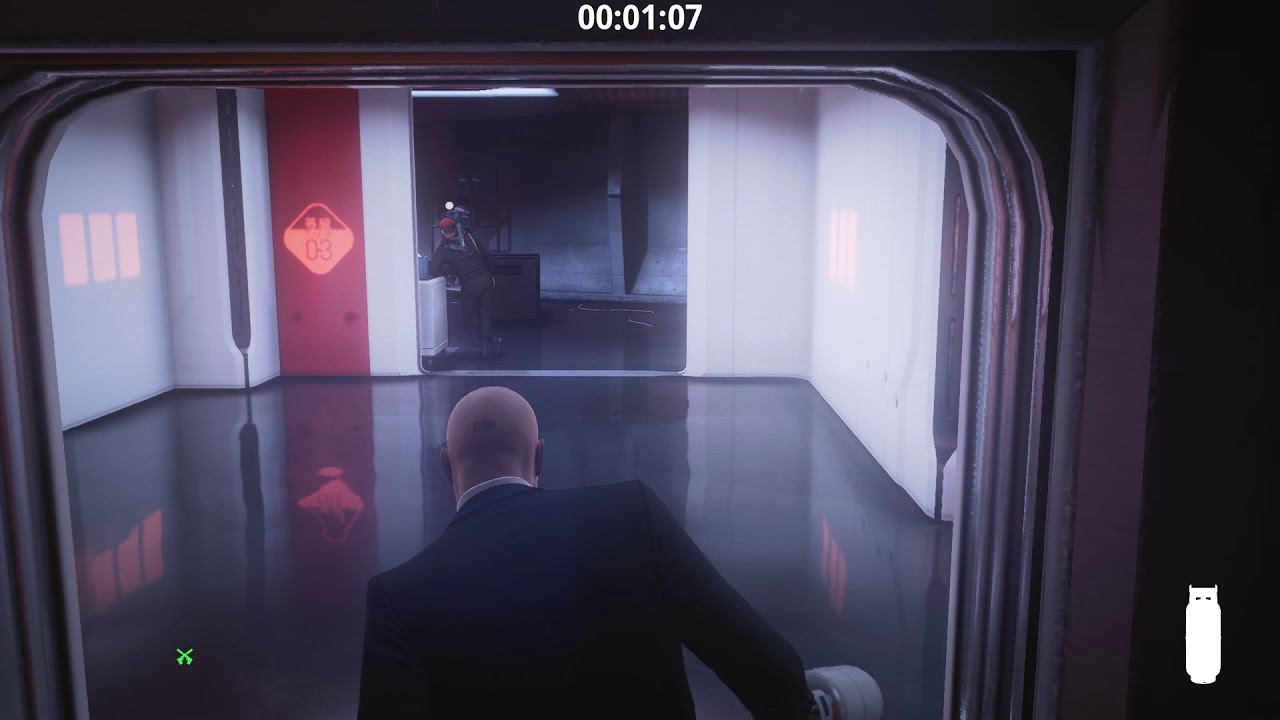