Sophia flying into the burning Phoenix with Zoe SA 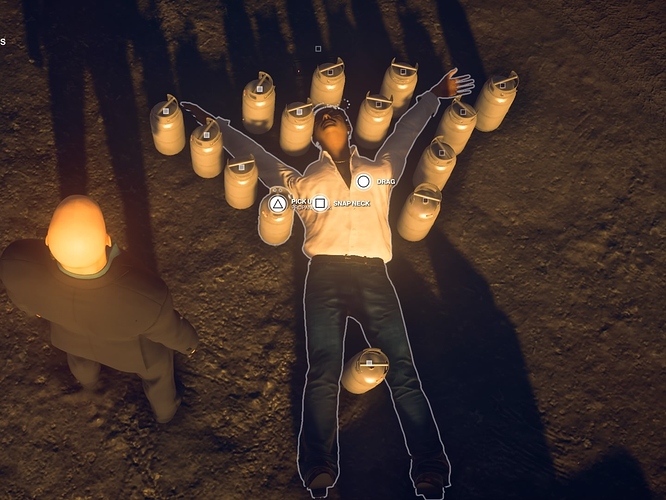 I was thinking you could launch him onto the train, but I didn’t reply since you were asking Indian Agent 47.

Some other places I thought of were on top of the crane, or perhaps on top of the large cement pipe (and you’d be able to see his body with the controls), or into the same pit that Vanya is pushed into by 47 as the Laundry Foreman.

And the one that might be impossible is into any of the chimneys where a smoke signal is used. I say impossible since I don’t think it’s known if there is an actual opening from the top to the bottom, or if the smoke is just a scripted event and effect added/placed at the top of the chimney.

This is gunna take a couple days of r&d to figure. The train switching tracks enables a cutscene so in order for him to ride it has to be timed oh so perfectly. Now just to decide where to place Vanya and the Malestrom on the tracks.

The Rangan Tower is Cleared

. @IndianAgent47 will be launched from somewhere in there… Currently clearing the trainyard!

I second this request!!

The Rangan Tower is Cleared

. @IndianAgent47 will be launched from somewhere in there…

You’re gonna get a big role in my future movie for sure.

Has anyone thought to try launching someone in Miami? Considering all the octane boosters and propane flasks

I do not understand how she caught fire, but afterwards literally made me burst into hysterical laughter.

Eleven propane tanks and a breach is all you need to load up Mr. Knox onto the speedboat exit from the heli pad… So now I ponder? Could this work for for the Undying? Could the problem actually be that 47 needs to leave with his corpse to prevent his return yet again… know a good taxidermist?

Ok… this is something I do not understand. Won’t the Target die once all 7 propane tanks are ignited?

Yes. Sophia did die on launch… She lands in the Phoenix that’s killing Zoe.

Ah… so it is too much to ask that they die in the Phoenix together… short of some really incredible hundreds coins fetch trail. hahaha.

Edit: I think the closest possibility is to have Sophia in the Phoenix Control Room with propane so that both twins die in a compound accident: The explosion sabotages the Phoenix and then you can ignite the pyre to seal the trap.

Great idea!
What I really wanted to do was use the cannon to ignite the Phoenix immediately after Sophia impaled herself on it. Unfortunately, I learned triggering the cannon remotely seems to not work if you’re not standing close enough to it. Seems like a bug. I’ve tried consoling the only cannon expert I know @Urben since bug reports go so unnoticed.

I seem to remember @Urben saying the behavior was changed about 2 patches back (2.14?).

Gonna try today because what @Tigh_Himes says is different to what is was until now.

There should be a specific thread for utterly insane things like this [edit, I hadn’t got that far but it’s looking like this thread is that thread]. Bravo. I would never in a million years be able to come up with anything remotely like that.

One thing I’ll say is that, on top of the bugs with remote explosives not detonating propane tanks all the time, I have tried to stick them to movable items but it’s not worked for me. Is that from H1, that video? Did they change something?

Well, there was another/similar thread… Ultimate Slam-Dunk Challenge. Where anyone could post a vid of launching a target or any NPC into or onto a certain spot, like the sun-shade on one of the roofs of the buildings in Marrakesh.

Fwiw, I did try launching Zaydan in the general direction of the canopy/sun-shade on that one roof, but he came short and landed somewhere in the crowded market area. After my 4th attempt I was too tired to work with it and gave up.