Post impressions of Embrace of the Serpent and Illusions of Grandeur in Colombia and Mumbai respectively; that came out on the 25th. 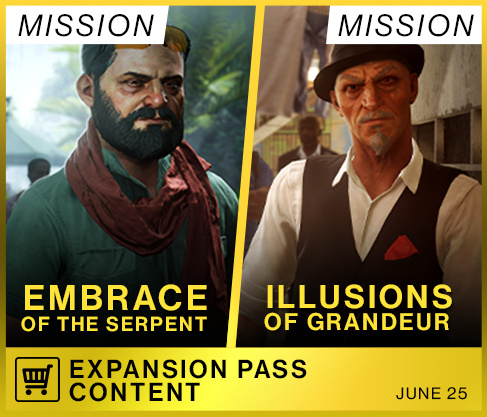 AND the new Special Assignments - A Bitter Pill and The Silver Tounge! 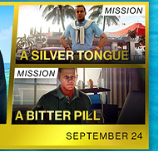 the 25th? I am missing something?

Edit:
Oh, I thought the whole expansion content gonna be released the 26th, good to know.

looking forward to today’s details, whatever they may be

Just wanted to be early

I loved the Penn and Teller cameo in the Mumbai mission.

[SpecialAssignmentsx] [SpecialAssignments2] I thought I may as well make a thread for discussion surrounding this particular special assignment as we’re approaching the 7 day mark until this drops. Previously we’ve had new unlocks for bonus missions, nothing has been mentioned around anything new for this or Illusions of Grandeur for that matter. thoughts?

No details on them why

man they gonnq be really average at best huh?

Ok first impression after roughly 15 minutes of playing: They are slightly better ETs. The target in Santa Fortuna is in the jungle area at the shamans hut and is guarded by the Delgado guards. The target in Mumba is in the Chawl and guarded by Rangan’s men. There seem to be a bunch of unique killing methods and the area with the target looks different but that’s it.

In Santa Fortuna you can explore the whole map and almost everything outside the area with the target is the same. Same NPCs, having the same conversations as in the main game. In Mumbai the Rangan tower is inaccessible but that’s it. Just for fun, I decided to enter the train yard and found Vanya Shah sitting on her throne.

So far I’m less than impressed. Even Patient Zero felt more unique. Sure 99% of the hotel was the same, but at least they removed Jordan Cross and added new disguises.

Mind you, I only played both maps for the quarter of an hour, but I doubt playing it longer will change my mind. In my humble opinion I should’ve used the time wasted with this special assignments to give us something else.

Yes I had that impression too. I thought the missions would be more crafted like A House Built on Sand or Landslide.

I hope the next remain assigments had more quality content.

These were always going to be just a bare shade different than the main game maps. More like Holiday Hoarders and the Hokkaido Winter Festival than A House Built on Sand. Those two missions had the same dialogue and such as well, with only superficial differences.

All I can say is that I’m disappointed. This is definitely not worth the extra money (the bank is though) and doesn’t count as a alternative level imo. Glorified Elusive Target, worse than Patient Zero maps. Very lame. For the price we had to pay for the expansion packs this should’ve been AHBoS/Landslide quality.

Half assed content, if I can be frank. I mean seriously: aside from electrocution I did all challenges (including SA/SO with sniper rifle kill on highest difficulty) by following target and doing this 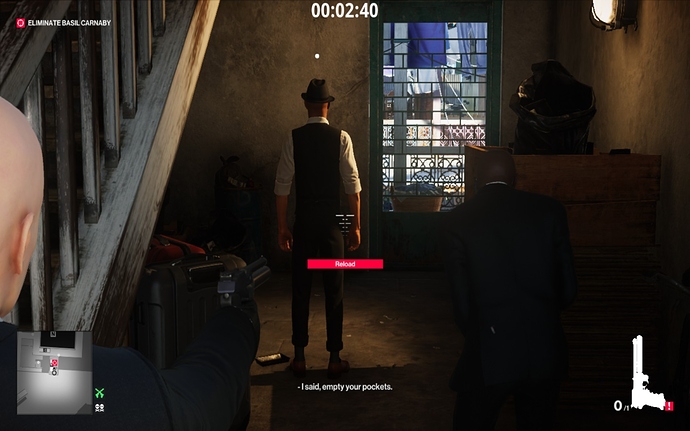 Serpent could have been cut and made Illusions a little better, i think. i just dont see any value in Serpent

There is nothing special about these assignments.

Illusions has a cute little sniping spot they added 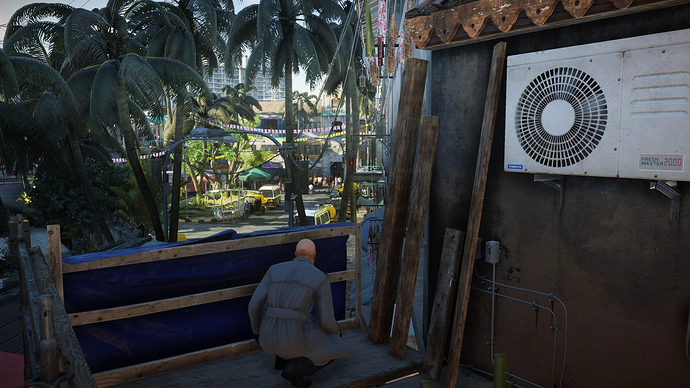 at least we got some cool briefings out of it

I’m not sure which I prefer. Serpent has at least a lot more to figure out for a SA/SO route. It’s a little more difficult.

On the other hand, the target from Illusions is a lot more fun as a character. He even switches up dialogue (haven’t seen the other guy do it yet). There do seem more ways to kill him. But I was kind of excited at the prospect of him visiting the slums… but he doesn’t really go there. In that sense I would agree with you and preferred it if they would’ve focussed on this guy more. Or just made an actual bonus mission out of him.

I don’t mind the idea for elusive targets we can replay (which frankly, is pretty much what these are…), and I had fun with these, but if we don’t get more of them, I don’t see the point of the concept, and I would call that a ripoff. I was very happy steam summer sales halved the expansion pass price. 40 bucks is almost a full game. Even with the bank, the upcoming map and these guys, that’s not enough for that price.

That said, I look forward to starting the bank tomorrow.