Welcome to the forum
Nice. Glad I could help: +1:

So i try this but it doesn’t work for me. It only show 6 add-on, which is the main mission (paris-hokkaido) and the bonus mission is not there. I’m on the asian region (Indonesia specifically).

I’m also trying @Soupienza solution, but it said i need to repurchase the game from ps plus page and reinstall the game, which obviously i can’t do now because this game is from last month batch of free games. So there is no way now for us, who get the game from ps plus to access the bonus mission, unless we pay full price again for the definitive version. If i read the comments from last month correctly, this blocked us from getting the legacy map on hitman 2 for free. Such a shame because i’m actually looking forward to play sapienza map again on hitman 2. Hope @Travis_IOI seeing this and it getting fixed soon.

You can always uninstall and reinstall games that you’ve download free from ps+. I’ve done it multiple times myself

I already tried to uninstall and reinstall the game but still no bonus mission. It only redownloading the 6 main missions files. If i read soupienza solution correctly, you need to repurchase the game from the hitman the complete first season store page on ps plus, but now i can’t find the page, maybe it’s only available last month. I appreciate you for trying to help man, thanks.

Yes. The solution was to Repurchase. I was specifically pushing IOI to fix it ASAP because I know PSN Store is not controlled by IOI and that it could become more complicated if February ended without a fix.

Hmm… maybe if you refresh licences?

Already tried that, still no bonus mission. Looks like we’re outta luck. It’s not even sold separately, as dlc or upgrade or something, so the only way to get it is buying the definitive edition. I’m sure the level is great, but not worth paying the full price only to get it.

Such a shame really that this is actually my first hitman game and i really enjoyed playing it. I’m actually looking forward to buying hitman 2. Hope @Travis_IOI notice this and can help us.

Well I can understand your situation. But Sony’s terms only allowed HITMAN: THE COMPLETE FIRST SEASON to be free in February.

Remember IOI do not control the PS+ Schedule. If you say this would have been your first HITMAN game then I have to tell you that I bought HITMAN: THE COMPLETE FIRST SEASON back for Steam PC, so this PS+ Free Game deal was just a little extra for us since we already bought the game on Steam.

If you haven’t ever bought this game, then I can tell you it’s worth it. The World of Assassination concept is that if you buy at least THE COMPLETE FIRST SEASON, you get the same levels for free in new HITMAN 2 form in HITMAN 2.

Then if you’re ready to go you can buy the rest of HITMAN 2 to experience the six new locations as well as the new Sniper Assassin Mode and PVP Ghost Mode where two players compete for Target Kills.

You can’t go wrong with even a basic purchase of HITMAN if its unique form of gameplay is really what you’re after.

Still dont get the bonus episode for PS+ Asia region. Please fix this as promise. It is so hard to contact IOI. sigh

As this thread will tell you, there was an issue with the PS+ offering in Asia when it was first released, as the Bonus Episode wasn’t included. That got fixed and Sony sent out an email to all customers to inform them that they need to ‘redownload’ a new bundle. That new bundle included the Bonus Episode.

If you didn’t redownload that new bundle during the PS+ window, it’s not currently possible to do so. We are looking into whether we can address that in some way, but it not something that IOI can simply activate or ‘fix’. It is admittedly a low priority right now, but if I do have any news that I can share, I will do so.

Sony reply to me that that psplus asia user dont get the bonus episode.this is contradict with what you said. This is not fair to us. Some of player download first and play another time and do not expect this problem.

Regarding what you said, i dont get the notification from sony about redownload.

If you cannot get the solution…let me ask you.

For this hitman psplus. Can i get the bonus summer episode by buying the new hitman defenitive edition physical copy then redeem the code for bonus episode?

I really need to complete 100% trophy.

Still no news that I’ve received. The Definitive Edition will include the Bonus Episode, yes, so that is a possible option for your needs.

Already bought the definitive editon and redeem the code…

Just want to ask. Why i get only the summer bonus episode not including patient zero campaign?

There was a problem with the summer bonus episode in region 3. when the free game came out and i think the dev said it was made available on march and there was no advertising or a banner on PSN store or even a notification from sony on my ps4. although i got an email from sony but for some stupid reason gmail has stop giving my android notification, very very unfortunate. And i also checked my friends “trophy list” and all of their summer bonus episode trophy are on 0%. And i know @Travis_IOI said that it’s not something you can fix like pushing a button, but i hope they can fix the problems. Anyway, thanks

Bumping this thread because i just don’t like my ps4 trophy/achievement under 100%. i really need that summer bonus episode. I thought i got everything the moment i downloded hitman on PS Plus. Here’s hoping for a fix. 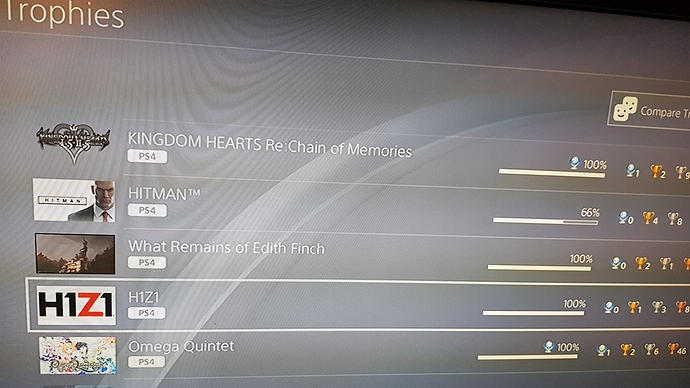 Just want to note this is not an Asia-only problem. I’m in the U.S. I have Hitman 2 and Hitman 1 with all 6 episodes. But, I cannot redeem the Legacy pack. And I’m thinking it’s because they made having the Bonus Episode a requirement. I don’t have it, and I can’t get it anywhere, either on the PS4, or on the Playstation Store website.

So this just really sucks because I can’t play any of the Hitman content in Hitman 2 until I can find a way to obtain the bonus episode, which isn’t available. The bonus episode appears in the Store section inside Hitman 1, but when I select it, I get a message “There is no content. It might not be for sale yet, or might no longer be for sale.”

Maybe you @Travis_IOI could assist somehow?

Well, somewhere in this thread travis said a fix it’s being considered but it’s a low priority and that was a year ago. I think the dev screwed up last year ps plus free game with promising the bonus episode will be included but actually not.