That Maelstrom Hilltop Meeting (and triggers)

So, I tried searching for an answer to this, and the answer probably is hidden away somewhere, but… I can’t find it.

Anyway, we all know we can cause he Maulstrom to meet with his old love on the hilltop by raising the flag on top of her house (either by hand, or by bullet), but I know I’ve seen this meeting take place without myself raising the flag (in fact, the game showed a PiP-scene with one of the guards doing it).

Does anyone know what triggers this? (I’m suspecting that it will be some kind of stupid proximity trigger, like “listen in on conversation and then leave again”, but I’m hoping it’s not)

I thought it was a timed event, if I’m not mistaken. Might trigger itself after some time. Like 20 - 30 minutes in?

Maybe… but I doubt it. I think I’ve played longer playthroughs than that without the flag getting raised, but I guess there’s some small chance that I always killed the Maelstrom before that… (and that the flag doesn’t raise if the Maelstrom is dead)

Maybe I’ll give it a shot by going for Rangan and Vanya first in order to pull down on the tedious waiting though.

Added by Edit: Doesn’t seem to be a 20-30 minute timer. Just played for longer than that without the flag getting raised.

It happened to me randomly last time I played Mumbai, I sniped Vanya from the rafters and got a PIP of the flag being raised as I was heading to Rangans tower. Maybe Vanya dying publicly triggers it?

Had you been up on the hill at all? (trying to check my proximity trigger hypothesis)

Nope, it was a sniper assasin run, so I went from the default spawn to the chawls to get the Intel from the Kashmirians laptop, then straight to the train yard. It’s very inconsistent, so replicating this will only trigger the flag sometimes

I was working on a strategy a couple of days ago where I’d kill the Maelstrom thirty seconds in and consistently got the PiP a little more than a minute later. I never went on the Hill, but looking back at the footage, I did trigger a couple of the arguments where NPCs are mad with the Thugs because they can’t go up the Hill. I’m wondering if one (or more) or those might trigger the flag-raising.

Edit: I take it back. If you start at the skywalk and just stand there, you get the PiP after 1:47.

I wonder if the sky walk is the trigger? I can’t get to my system and play it out today, but I’m following this thread now.

Edit: I take it back. If you start at the skywalk and just stand there, you get the PiP after 1:47.

1:47 on the second for me as well (no matter if I stay or leave, all that matters is starting at the skybridge). But I am certan I’ve gotten this without starting on the skybridge before. I wonder if there’s some hidden trigger related to where the skybridge is… hmmm…

Well, whatever this is, it’s frustrating to me. Stuff shouldn’t happen from seemingly random rules.

Added by Edit:
Can’t really do more experiments tonight. Tomorrow is a work day after all.
… but it doesn’t seem that running passed the skywalk area from another starting position does anything.

Since I’ve seen this happen without starting at the skywalk I’m working under the hypothesis that there’s some odd timing that needs to sync up, and maybe the Maelstrom starts in another spot in his path when you start by the skybridge, causing this sync up.

Added by Edit 2:
OK. I lied. I instantly booted the game up again. The Maelstrom definitely starts in different spots in his route depending on your starting location. I just started from the standard location and found the Maelstrom far from the stairs at 1:30.

I also ran to the house with the flag from the skybridge start, and Neha (Maelstrom’s love) instantly tells the flag guys she’s ready after she stops talking to the guard outside her house, so there’s an actual script for her to tell them to raise the flag. Still unclear what triggers her. Maybe you need to be close enough for her convo to trigger and that has to sync with the Maelstrom being nearby? Ugh.

Last week I tried out all of the suit starting locations in a Maelstrom contract and used the skywalk because he starts right below you. I thought maybe the PiP was triggered by his proximity, but I’ve tried following him around from the default starting location and the metalworker start but nothing happened. And I don’t think he goes anywhere near where he is when you start at the Skywalk.

In my experience it’s both timed and based on starting locations. Starting as the dancer seems to trigger it after five minutes.

Yeah. Booted it up as the dancer and it takes about 2:45 for me to get the PiP.
I think I’m gonna give up on finding a trigger. It seems like they just put in different wait times for different starting locations (and some, like the “Trains” start, either have massive wait times or it never starts from them)
On top of this I tried the Skywalk start and just instantly sniped the Maelstrom, and the flag was still raised at around 1:50. So it doesn’t seem to have anything to do with the Maelstrom triggering something

Maybe some speedrunners could help us.
@Fortheseven

Like frote has ever been in Chasing A Ghost long enough to see the Maelstrom go to the hilltop meeting(!) If he’s not riding away in a taxi 53 seconds after starting the mission then he’s not really frote…

Like frote has ever been in Chasing A Ghost long enough to see the Maelstrom go to the hilltop meeting(!)

Speedrunners do a lot of testing so I assume they have also tested to see when the Maelstrom goes to the hilltop.
They cannot know a strategy is slow unless they test it.
And if you want to know he did a poison oly speedrun of the full game and he made the Maelstrom go to the hilltop in that video.He also spent 3:35 minutes to complete the mission.

Can you believe it?

Like frote has ever been in Chasing A Ghost long enough to see the Maelstrom go to the hilltop meeting(!)

And if you want to know he did a poison oly speedrun of the full game and he made the Maelstrom go to the hilltop in that video.He also spent 3:35 minutes to complete the mission.

Always knew he was a roleplayer at heart… 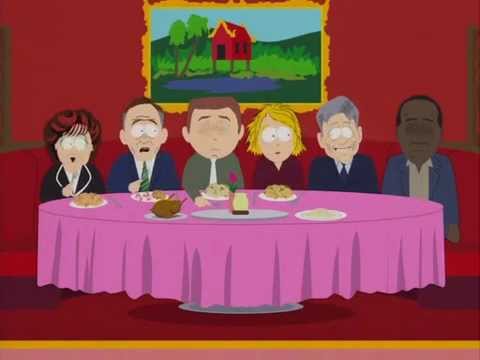 Well, this is a pretty disappointing discovery, but it seems as if Neha talking with the guard outside her house starts an 11 minute (ish) clock after which she will tell the guards to raise the flag. (tested this by simply waiting outside her house after hearing the convo)

Maybe there’s some strategy where this is useful, but I doubt it. You can go shoot the button faster than it takes to listen to Neha’s conversation (and certainly faster than the 11 minute wait time that follows).

Only thing I can think of is if there’s an exploit to cause the conversation to start without going up on the hill.

At least she will eventually tell the guards to raise the flag. This is far better than it never happening it on its own and then all of HMF chews up the sloppy design in a thread