As last year, here is the appropriate thread for tonight’s event for when reveals and awards are distributed. The Show has ended, here are the awards :

The “For the Devs Teams”

The Best of Genres

Unless there is anything about IOI’s 007 game, there is little that I am anticipating.

I have a love-hate relationship with how this show focuses way more on the ads and game reveals than it does on the actual Awards and people behind the games.

That said, I can’t say I’m not interested in whether we’ll see

Boy, I have a lot of 2’s on my upcoming games list

honestly, i’m the opposite. i just want to see the reveals. i’m not all that interested in the awards myself, though it is undoubtedly nice to see a developer you like do well (go sloclap!)

Usually I’m not super interested in the awards themselves, but this year I definitely am, there are a couple of games that are up for game of the year that I felt like were there with actual good reason, rather than just being a parade of the latest games in stale franchises. Stray, for instance, was a fantastic indie game that, while it wasn’t my favorite game of the year, it was a great experience. Elden Ring, too. It had sort of a weird surge of players because it actually released in a playable state and you didn’t have to wait 3 months for them to actually finish it. I’m interested to see what wins.

Ed Boon said there will be no announcement from NRS, so I’m not watching

I only saw TGA last year because a twitch user I follow happened to be streaming it. Watched it live and they did NOT nominate HITMAN 3 for anything beyond “best VR game” or something like that, when the VR was a PS4 exclusive at the time and it was not even good. Not even a GOTY nomination for H3… game got absolutely snubbed. 0/10 won’t be watching tga ever again.

Not even a GOTY nomination for H3… game got absolutely snubbed. 0/10

Such is probably the consequence of releasing your game very early in the year.

Even now, there’s been tons of talk about the latest Need For Speed, the new Pokemon Games, the Callisto Protocol – granted, not a lot being talked about all those games is good, but if they all were, they’d still be greatly overshadowed by whatever comes in 2023, just because of this ineligible-TGA-release window so late in the year. 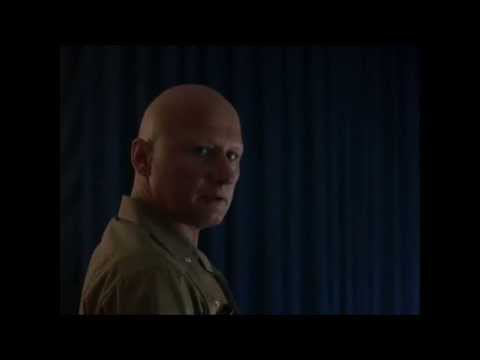 Giveaway starts after the preshow btw

Sifu deserved better
(oops, it’s still in the Action and Indie categories. Good. Should still be featured in the main event)

to end Act 1, they’re doing Best Family Game
How dare they do Family Game in the pre-show.
(I get that the main show will probably have mature content, but still, this is still a pretty major category (for Nintendo lol)

Official show has started, big names have been mentioned, Geoff immediately promotes the new trailers on the slate lmao and…

Al Dunkaccino Pacino is here what

I get that they’re trying to legitimize video game acting by using a Hollywood name actor to present it but… but please why couldn’t they choose someone who actually plays games and knows about this stuff.

Hooray for Agent 47, waiting in the wings to steal this dope suit. DAMNNN

I’d rather have someone that’s at least funny, like Al, instead of being cringy.

No one throws Kratos off the stage. No one!

Dude’s laying out his heart. Good for the producers for not playing him off for a good while.
Could’ve maybe been better rehearsed but cool to see such a long recognition in this tsunami of ads

OMG A HADES SEQUEL?! THE MUSIC, THE ELECTRIC GUITAR WOOOO

looks like the tga are an absolute laugh again this year, some announcements are good but the awards part is still hilariously biased

oh and the entire event itself is so cringely presented, i love it. thank you geoff for encapsulating all that was good about e3

A Ghostbusters VR game and I gotta commend them for having a giant monster, but for once it’s not Stay Puft. Cool.

thank you geoff for encapsulating all that was good about e3

Nothing can beat the cringe fest that was the Ubisoft presentations.

This may be cringe, but damn I’m always blown away by the orchestra. This God of War song is pretty damn epic. Bear MacCreary has a good voice!