The Last of Us: Part II Leak Discussion (Spoiler Warning) 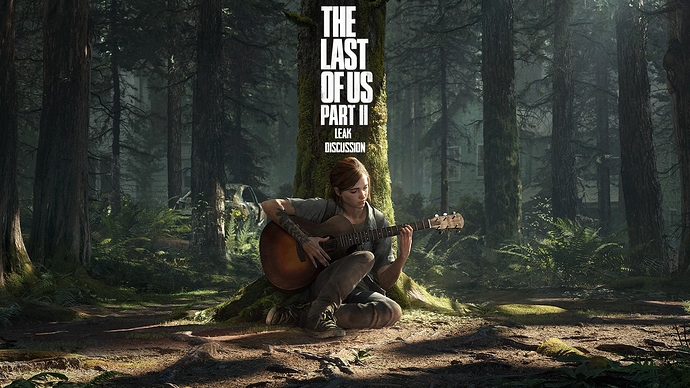 hgdydjhdjghfdjhgf1920×1080 695 KB
This topic is for discussion leaks if you do not want to get spoil go to here The Last of Us: Part II

Bro, am I the only one who still wants to give the game a try even tho I read tons of them, and practically know what happens in the game? LoL

This should work well, I just hope at least one moderator is able to tell what is leak content and what isn’t as I am completely clueless about the games.

Wait, doesn’t leak discussions means there will be spoilers here?

Wait, how do I put sentences in spoiler?

[spoiler] [/spoiler]
The option is also behind the

.
This threads needs no spoiler blurs though as the thread is generally a spoiler. Who enters it is willing to see them.

The forum is for civilized conversation - that does not include bizarre conspiracy theories about feminists or weird anti-LGBTI+ statements.

I don’t really care about this game, played the first its okay, the supposed amazing story is like decent TV show level quality nothing to really write home about. Personally i really like the switch up this time with the game forcing you to off the prior games characters. https://www.youtube.com/watch?v=NoJvGFmDS_g In this trailer, The abby character just looks like a relatively buff chick not seeing the big deal here

I’ve seen a screenshot that looks horrible, we all might not be talking about the same thing lol

I have a bunch of leaked footage and screenshots but can a mod confirm whether or not I’m allowed to post them?

You are allowed to add them here

There’s a lot of copyright issues surrounding them, I know that Reddit has removed much of the leaks

Well just in case that happens don’t add them here

i’d really like it if this thread didn’t devolve into anti-LGBT sentiments. if you have hate towards these people, you are not welcome on HMF. end of story

you are allowed, but don’t be surprised if you’ll need to take them down one day.

I didn’t really care that much for the first game. I played it like a year after it came out, it was okay, probably a seven. But then I saw everyone was giving it 10/10 and saying it was the best game of the year… what? It was fine, nothing to brag about. Then they announced the sequel, which was obvious, because it’ll bring in a lot of cash, and everyone’s excited.
Then the leaks came and the community is torn apart. Some people now hate the game, some aren’t interested anymore, some still like it and some call you a homophobe, transphobe (although I think there are no trans characters) and similar stuff.
To me, it’s the same shit. I’ll say it, I like muscular girls, I still don’t find Abby atractive. I also find it quite disrespectful to just do the sickest hole in one using Joel’s head as a ball like he’s a nobody, and I feel like at this point the zombies are only there to remind you they exist and you should be afraid of them. It’s like The Walking Dead, where the protagonists just stopped surviving and just lived relatively normal lives, but every once in a while someone shows up that threatens their lives, someone dies and they all leave to do the same thing over and over again (although maybe this won’t be the case here).
Anyway, without the leaks, I wasn’t interested in this game, and now, I’m less interested. I don’t care if Anita Sarkeesian was involved or if the game panders to a specific group, if the story doesn’t sound interesting, I’m out.