This one was pretty easy to accomplish. Once the mod is updated, I’ll probably play around with it some more and see what other ways work.

Unfortunantly not SA but i loved to do it! 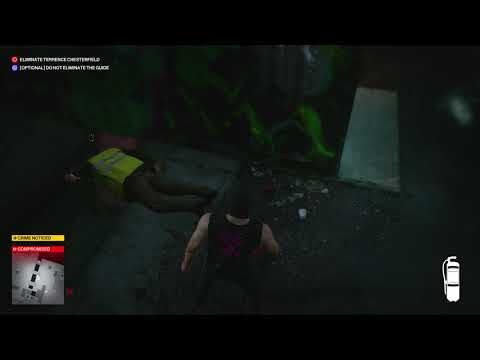 The seventh one of my ‘SASO No Ko No Emetics Fiber Wire’ on Elusive Targets series. 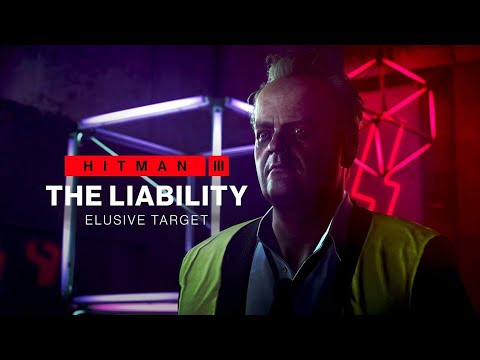 And of course, another one for the tally 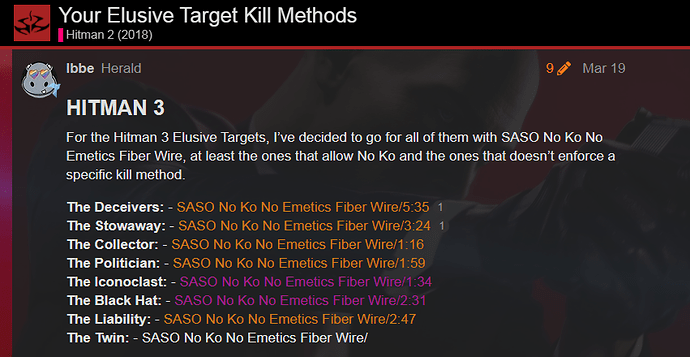 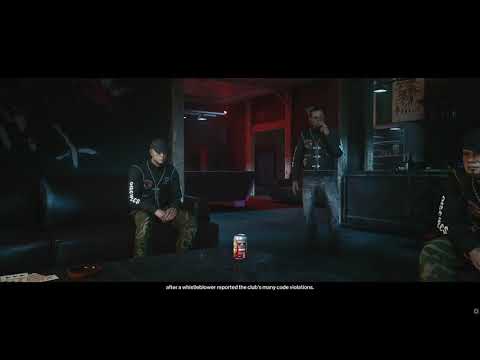 Hahaha turns out closing the game trick doesn’t work if you die in ETs. I got so bored that I started fucking around the map and entered a shootout with the bikers and died. Alt+F4’d the game and restarted to try the ET again and I see “FAILED” on the main menu. Very nice lmao. My first failed ET. Thankfully it wasn’t a legacy map, so I don’t lose out on a suit unlock, but I do need to wait for 3 more ETs now, instead of 2, for the Signature Suit with gloves unlock.

Also this comment is a heads up for other people who aren’t aware of this. You can restart after killing the target but you can’t if you die. And to be specific, I closed the game even before the “Agent down” screen showed up. So basically it’s no going back once the dying animation has started. Got SA. Quite interesting the only Suit starting location is the Rve On Suit one.

Also, pretty meh ET. I got him at last with a headshot.

Yeah, shame there is no blending spot(s) in Berlin where you could dance…

Highlights from my #TeamNoRestarts run. It took me about 15 minutes to find him, but he wasn’t all that difficult to deal with after that. Not played it yet, but read the briefing and the details on the target and the guide. Alright. So the guide is in on the hit. I wonder if she’ll behave like Diana does in Mendoza? Like if the 3 of us were alone, could I fiber-wire the guy right in front of her and she’d be all cool with it?

Meh, I doubt it. I’m too tired to even get into it now. I could doze off and get spotted by anyone.

ETs are so overrated, I never understand the hype.

Hitman 3 is my first exposure to ETs (got into Hitman 2 quite late) and from what I’ve seen so far, I definitely agree. At least we have 3 batches of FCs, so hopefully this season will be good enough.

Well the slough is dead, ironically I got so fed up with trying an actual approach I just darted him then drowned him.

The current run is bit standard baring The Collector which stood out abit more. Though Hitman 2 ETs (and some Later Hitman 1 ETs) did try to mix up the formula abit. (Don’t want to go in to detail as don’t want to spoil)

If they expanded on those twists a little more and combined some of the blander ET’s into one similar to the Deceivers could really help on that end.

Though never understood the need for the one-shot mechanic of ETs.

This one was quite run of the mill though enjoyed some of the dialogue but was bit too easy to figure out some quick kills…plus felt bit hand holdy to have Diana to call some of the opportunities thoughout.

I couldn’t be bothered. So I disco ball’d him.

All righty. Time to wrap it up. My equipment for the mission. 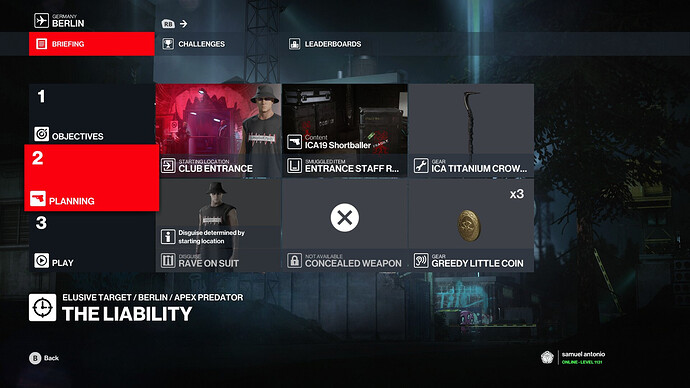 Easy to locate him being an asshole that lives to the briefing he was gave. Even easier to dispose of their guard beforehand. 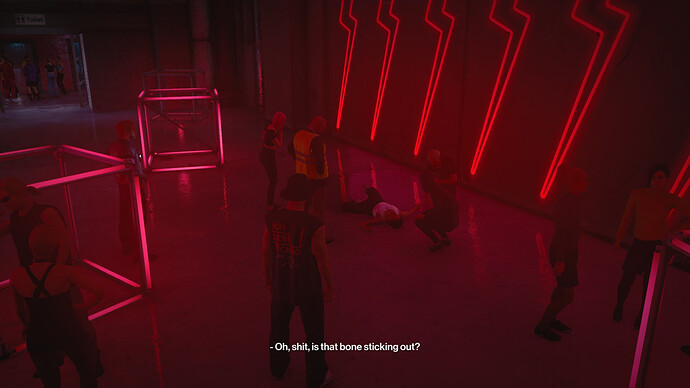 Even if at first it seems he will only move around the juice bar, he actually goes to check the bride over the dance floor and the backstage area. Nothing too interesting but still better route than what it seems at first glance. 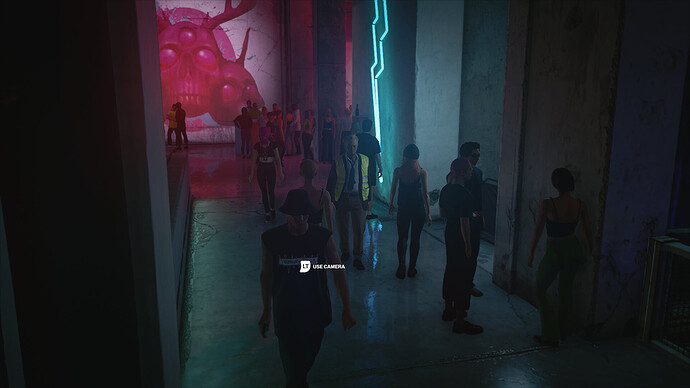 A little tip: when he enters this zone of the bathroom stalls, his guide stops near the entrance and smokes while facing the opposite direction, so you can calmly kill him here. A good job for the Shortballer and wanted something else than dropping the disco ball on him. 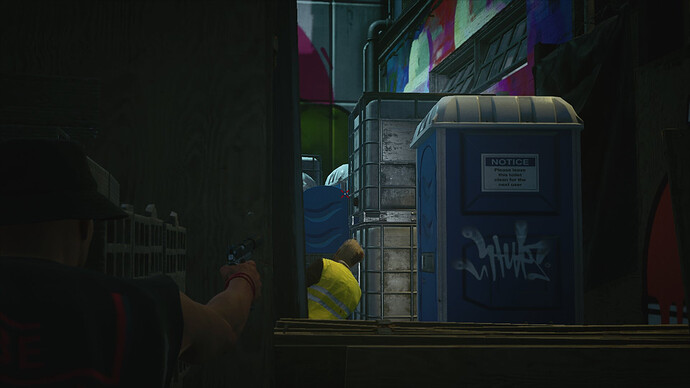 Beforehand, had KO the food delivery fella and stole his key for the scooter so that was my way out. Nothing too exciting this time, being honest. 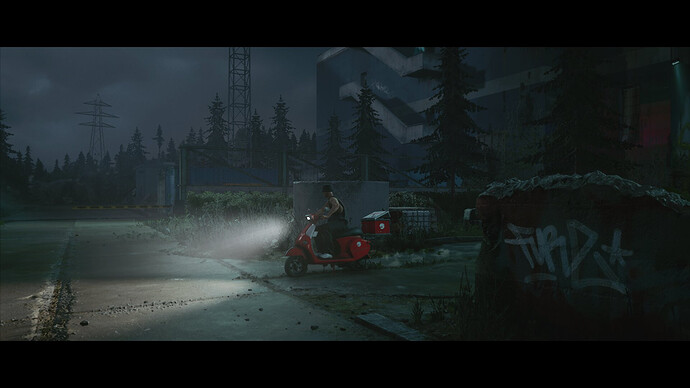 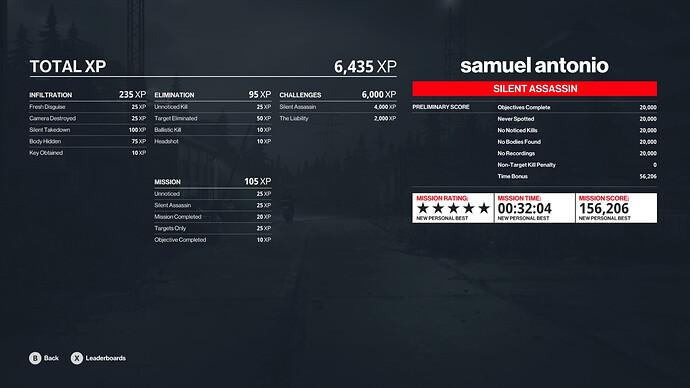 Fitting target for the season of Sloth: was quite boring and yawn-worthy. Seriously, never before I have been so uninterested in a ET and that counting I played The Papparazzo in Paris. Oh well, it’s done and bla bla bla. 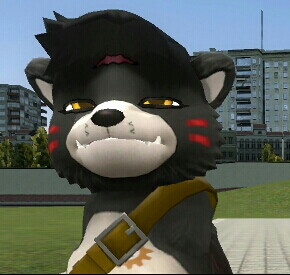 Just screwed up a Silent Assassin rating for the third ET in a row!

Was going into this blind #TeamNoRestarts style as with every new ET, and I was thinking it was going to be a cakewalk when I saw that the ICA agents weren’t on the map. Saw the target stop on the bridge linking the Juice Bar area to the Chill Out area, and thought I’d leave a crafty leaking Propane Flask + Remote Micro Taser combo there to take him out in a fitting accident.

Was ready and waiting for his non-harmable escort to walk away and leave him by himself before I pressed the remote control button and sent him to kingdom come, and I didn’t realise that he must stop at the place for a smoke, because before I had pressed the button the propane blew up and took down both the target and the escort. Goodbye Silent Assassin! Thank my stars that the extra objective was optional, because if this had been like The Twin or the first run of The Guru, then that would have been a straight-up Fail for me right there.

After an unbelievably stupid (and completely my own fault) loss of SA on The Black Hat, I’ve managed to do it again and although I haven’t failed any H3 ETs yet, I’m still one SA ranking away from getting my Winter Suit. Watch me go and kill the wrong Twin on the next one now, you just know it’s going to happen!

I got him with the DJ light rig kill

Disco Ball of Death. Simple, Easy, In and Out. 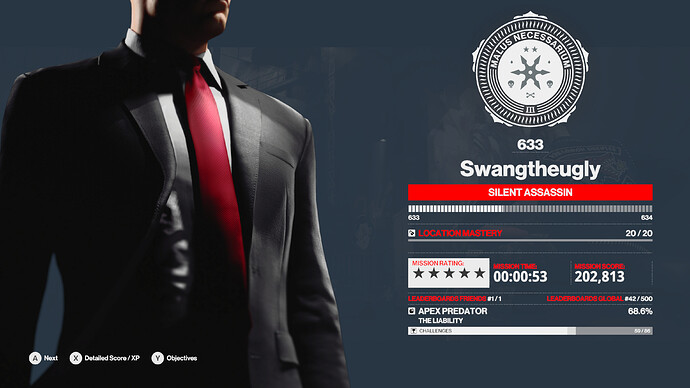 You can easily do this method by starting with No Loadout/No KO if you like.

Terrence Chesterfield will change his pattern/route on the 3rd cycle. Place a banana peel

in front of the Personal Security/Body Guard, just before he follows the target. This will create an accident & the “Guide” must see this happen. She will check on him & call for help! Make sure you walk away so No Suspicions are raised. This leaves the target on his own & you can eliminate him any way you like just before he talks to one of the Staff Workers. Hide the body & blend in the crowd for a short period. Then exit like nothing happened

Rave On Agents. Agent 47 out 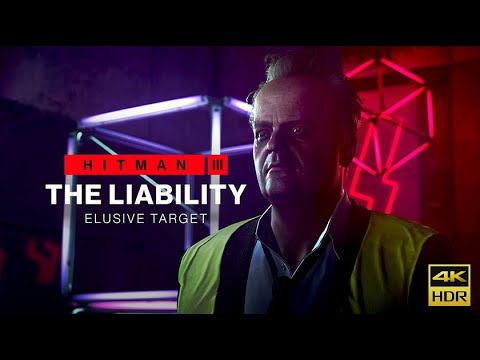