Ok, i’m fed up with this nonsense.

I decided to eliminate the Twin by sniping him. So i stole a bodyguard outfit and made my way to the Main Square tower. You can freely go inside the tower as a bodyguard. So i climbed the stairs to the top, embraced my Sieger 300 Ghost, and waited for the twins to walk across the main square. When the twins finally showed up, i took him off with a bullet to the head (the Sieger scope is good enough to recognize the watch at the twin’s wrist).

The guards were instantly alerted, and they started to run to the tower RIGHT AWAY. Keep in mind i was using a fucking SILENCED sniper rifle from the TOP of the tower and absolutely NO ONE was looking at the tower because, you know, in this game NO ONE EVER LOOKS UP.

But i said to myself, “keep cool, there’s no way they know you did it”, so i dropped the Sieger and started running. After all i wasn’t compromised, the guards were just alerted. They were climbing the same stairs i was descending, BUT they weren’t suspicious towards me, so i just said “hello” and made my way to the first floor, and entered the square.

The exit point is just across the square, so i started running, already smiling because of how easy it was.

Then all of a sudden they started shooting at me. I don’t even know from where, but they were close, because i could hear the gunshots very well.

Now, i know the AI has been tweaked a lot of times, so now the Colorado mission is bugged with the water tower being useless as a sniping point… but i didn’t know the tower in Sapienza suffered from the same glitched mechanic!

I lost an ET because of a mechanic not working as intended.

I didn’t fail one single ET mission since i started playing Hitman 3. This is the first one and it’s not my fault.

I’m totally fed up with this crap. I LOVE sniping in games, expecially stealth games, but the way it works right now in Hitman is just embarrassing.

I did a sort of neat RP the last time this target came around, also wrote a little news article to go with it because I missed the feature from Blood Money. I suck at this game now so I’ll probably just do something boring and uninspired later on tonight. 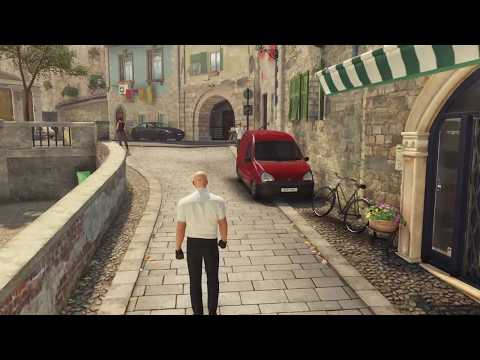 State Police are investigating what they are calling the “suspicious death” of tobacco tycoon Dylan Narvaez. Narvaez was sightseeing around the town square of Sapienza early Friday afternoon when he collapsed near his brother and personal guard detail.

“I just heard a commotion and saw someone on the ground, not moving. I didn’t even know he had died until paramedics arrived.” says witness Lisa Almestoy, who was in the vicinity when Mr. Narvaez was believed to have passed.

A firearm was found on the scene, police are working to determine if it has a registered owner and if it is connected to their investigation in any way.* Forensics teams are awaiting the toxicology report from a conducted autopsy, which police say could become public, “…whenever we feel confident that we have a concrete statement to release.”** When speaking further with press, Italian State Police state that, “We are not treating this death as a homicide at this time.” Dylan’s brother, Gonzales Narvaez, has declined to comment.

Over the last decade Dylan Narvaez has built a name for himself in the tobacco industry along with his brother, Gonzales. Operating factories throughout Chengdu, the pair have burned competition in Sichuan province and created an empire. Though rumours of questionable practice have surfaced in recent years, the Narvaez twins have remained unapposed in the region.

First time I perform this ET (didn’t have played them on Hitman 1). A good one where you need to identify first the good target (luckily Diana gives a hint during the briefing).

Didn’t take too much risk. Use the emetic device to isolate the good one after identification. Through this to secure challenges related to this ET.

Hope that one day, ET will be playable permanently. It’d give the opportunity to try other strategies or SO runs.

I waited for Dylan Narvaez and his brother to go to the toilets near the church, after that, I used the SIEKER-1 and drowned him shortly after.

If you keep this up, you should get the medal that was promised to @Urben by IOI years ago!

This was my first time with the Twin, so naturally I went #TeamNoRestarts. I had an Emetic Device in a briefcase, but that was a last resort I didn’t want to use. I spent a massive amount of time following them around, but eventually, with the help of some coin luring, I found my chance. (Unfortunately, the video skips a bit at the end.) Last time I did this I intentionally went for a loud sniper kill from the villa caruso tower that overlooks the plaza (while Dylan was sitting down at the ice cream place).

This time I was gonna go for a slow SA run, where I get rid of the guards first, and then isolate the target, but when I sieker’d one of the guards everything went into a bugged permanent lockdown (without blowing SA somehow) in the middle of the street.
That was like 20 minutes in, so I just lost my temper, replanned and emetic-bomb-in-briefcased them, drowned Dylan and fucked off.

The first time I played this Et, some years ago I didn’t care about SA. I just sniped him and ran away. This time I tried. It was very difficult, but I won and get SA

Does the mission fail if you subdue the brother?

I killed him the poisoning method.

I don’t know if they fixed this bug but if you interrupted the non-target twin while he’s drinking the wine, he would drink it again causing the mission to fail if you used lethal poison 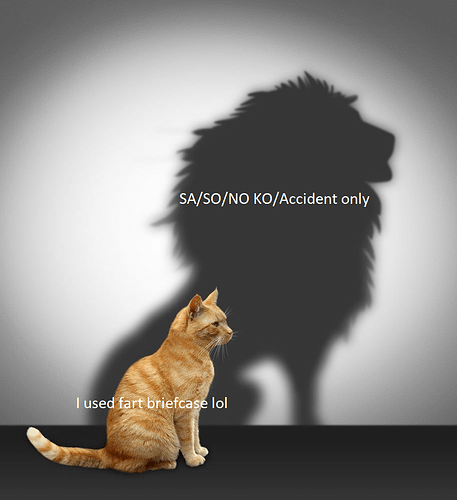 Gonna attempt this one right now. Ufff, I only remember killing him with the Jaeger Lancer back in H2016. Was the Twin in H2 aswell? If so, can’t recall how I clapped him that occassion.

I don’t think the Twin was in H2

twin was only in 2016, this is his first reactivation in a new game

Yeah man I feel you the AI sucks and the worst part is that I’m Hitman 2016 the guards at least investigated the shooting on the ground instead of just being able to determine your exact location to a tee and start going after you. They also used to move tactically and hide behind cover as the move to the sniping point and that is after the second shot. Now they just rush you like idiots with no regard to their on safety and can throw useless flash bangs throw walls and at any distance really lame for such an awesome game.

I was making this error. But I luckily stopped fearing to fail the mission

I hate how if the guards see you snipe someone, they instantly run to your position

Got him SA/SO with the fiber wire! Even got a twin final time of completion, sorta speak. Will upload my screenshots soon.