ah you got an email from rockstar about it too?

Didn’t make it so I am petty safe. 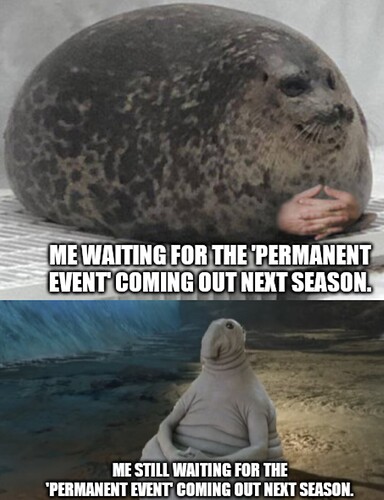 An old video of mine you all might not understand:- 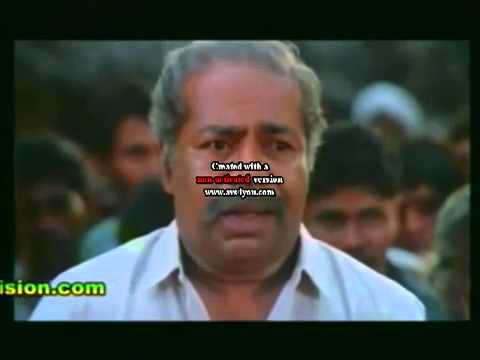 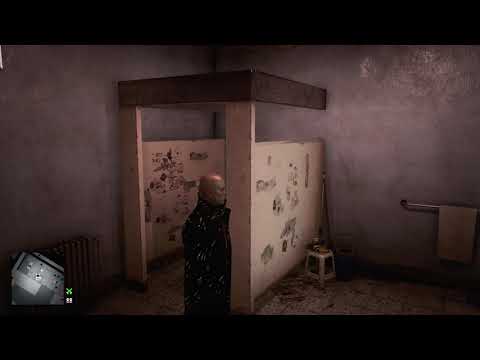 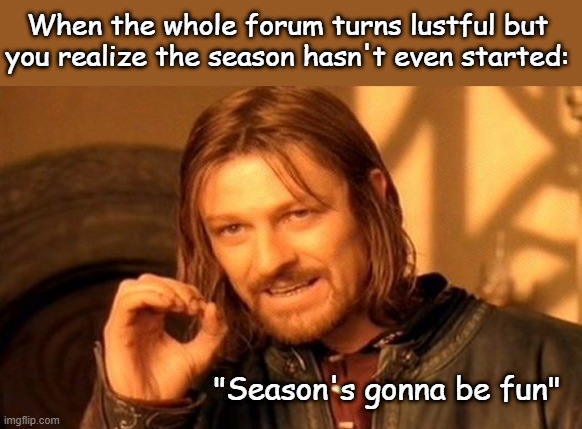 That’s… that’s not even the line, but… okay?

one does not simply misquote Sean Bean

One does not simply use a meme template for the first time before looking for a few examples of it, and that’s what Hichkas should start to do 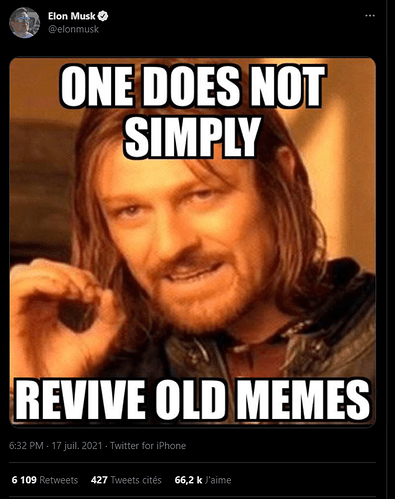 There goes Elon Musk pretending to be one of us again. A week ago he tweeted Baby Shark but replaced the lyrics with crypto jargon.

He really is the embodiment of the “How do you do, fellow kids?” meme. He’s such an absolute dumpsterfire of a person, but people worship him because “ha ha funny meme man”. 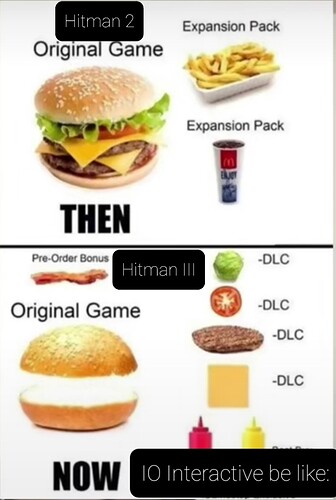 Ha! HITMAN 2’s ““expansions”” were fucking worse then HITMAN 3’s. It is like paying for pickles and the onions…

Is it though? to experience H3 hole story you don’t need to purchase DLC. You buy the game and you get full conclusion of said title. H2 on the other hand, it’s story was separated into two different purchases.

In reality the first picture of the complete Burger fits the description of H3, where H2 fits the later. The problem is that a lot of people will falsely just label H3 as the “evil” example of this meme. The difference is that H2 had beloved DLC and H3 gave us more Escalations. Something that have been a let down for many players.

However, let’s not try and create a narrative that completely ignores what came before, because it’s the content was more engaging. I would strongly suggest that one rethinks nonsense like this.

It’s alright to criticise IO, but we expect that users here are able to do it in a constructive way and not create a false narrative that suits your narrative best.

Are you honestly saying that a bunch of reskinned ETs are honestly good content? The only content that was worth it were the two DLC maps and even then I feel New York is a touch too easy in a lot of ways.

No, i dont give a shit about the Special Assignments, but i think Haven and New York are way better content than the 7DS.

The only thing souring the Taste of those two Maps a little is the reason Mads pointed out above.

While I don’t want to defend him, or say anything against your and Norsemans point, but I think the “Story as DLC” argument is a bit rough on the WOA, as you had to buy them all anyway to experience the full story. Just Hitman 3 doesn’t work that good without playing the first two, and Hitman 2016 didn’t have any more conclusion at it’s end than Hitman 2, even without the DLC. But that’s just my 2 cent.

but I think the “Story as DLC” argument is a bit rough on the WOA, as you had to buy them all anyway to experience the full story.

This is true for all trilogies, the difference is that while H2 and H3 was sold on the basis of being titles in their own right, mainly due to change of structure surrounding productions. Each game was sold as it’s own story within a larger context.

H2 DLC is part of said games story, that helps it connect to H3. It was a story dlc that was announced along with the titles. If it came out much later in-between H2 and H3, then it would lend itself better to this view you are proposing.

Of course that said IO was in a difficult position back when H2 was under development. Recourses where limited and IO had a limited time to get on the right path, before going bankrupt.