Look, we were promised that a new Freelancer mode will be released next year. Is it possible to add content for 3 years?

Theoretically yes, it all depends on if IO thinks that spending the time and money to develop new content in Year 3 would make them enough money to be worth it.

It’s been said by Travis I believe that it’s “TBD”, so there may or may not be year three, or a year three with any significant content or changes in it. It’s all very up in the air and it’s best to just wait and see what IO will do when the time comes. There’s no real point speculating on stuff when there’s really nothing to add to the conversation with what we know now.

If their 007 project isn’t coming out next year, yeah, H3 Y3 content is possible. I’m sure (best case scenario) they’re hoping to have a significant amount of Hitman players transition from that game to 007.

I would be 100% happy with ioi primarily focusing on fixing long standing problems in the game for Y3.

If they do a year three I would love unlocks for:

As well as other QOL improvements in patches. Itd be a dream

They may rerun ET’s again, add some new unlocks, but since we will have Freelancer, I hope that game mode is gonna be updated regularly and adds more missions than with which it launched.

Its going to include every location anyway but i could imagine that Freelancer will be year three’s main maitenance point. Adding new unlocks, tweaking the random generation, adding new types of NPCs, maybe expanding it to include patient zero and bonus mission versions of the locations. I could imagine by the end of 2023 freelancer is like its own seperate game

Here is an official communique from IOI about Year Three : 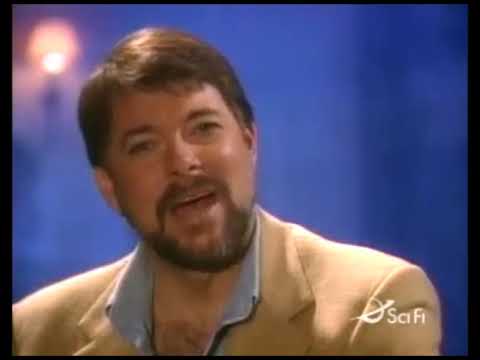 More seriously, as was said before, theoretically a Year Three is possible. Technology wise there is no limitation.
Personally, I think we won’t have something with a Year Three label. There will be some content, but more akin to what “year two” were for Hitman 2016 and Hitman 2. So, ET reactivations, featured contracts, some good surprises, necessary patches… Those years did not have label, and I doubt the next one will.

The only thing is Freelancer. From what Travis said, it’s now obvious that Freelancer was supposed to be a limited release followed by additional content inside roadmap. This would also explain the current ET and FC heavy roadmaps, which I doubt were the initial plan. Apparently it would have been additional locations, if you ask me maybe also some new campaigns, and almost certainly new challenges, mastery, and items. Maybe it will still happen, but it could “just” be all released at once.

Finally, if you look at the current release, it’s rather obvious that the Hitman Team is currently rounding up the content : old community wishes are granted (cough leaked section cough), almost all ETs are now in the ETA, …

Let us not forget that by IOI and Hitman standard, a Year Three demands 52 weeks of fresh content. It’s no small feat.

I wouldn’t say no to some surprise content though, just with no weekly obligation. More like a nice additional bow.

Whatever it is, currently no decision were made. More precisely, according to Travis, they didn’t even looked at the decision for the moment. They haven’t assessed it, rounded it, really looked at it. So there is genuinely no answer for Year Three.

The fact that IOI has no plans to announce for a Year 3 of Hitman, strongly suggest that the Hitman Trilogy is of low priority for IOI.
Associated with this is much less effort in marketing IOI monthly updates, and wide coverage of press releases for new content.

Of course, budget allocation for Hitman in Year 3 was decided months to a year ago. Travis knows what is the roadmap for Hitman for Year 3. Travis just doesn’t want to provide disappointing news, because as the spokesperson for the Hitman community, his role is to spread concrete, positive news if he has it.

The large update and bug fixes and a delay for months of Freelancer, suggest that IOI are wanting to leave their core Hitman fans with something special to play with.

I always thought that we would get a “Patient Zero” type of campaign like we did after Hitman2016 instead of a new map like Ambrose Island post-launch, with an overarching story rejigged between different maps.

Now I believe that this is what Freelancer is, a connected story between different maps, with a strategic layer involving in game currency from Hitman kills to buy items needed to progress through the story.

A dart gun that erases memory would be THE most busted item in the franchise to have ever existed, it would blow the Molotov cocktail and the electrocution phone out of the water in terms of balancing issues

How about just a syringe then

a dart gun that erases memory

Men in Black pen instead

Flashes in front of witness and Silent Assassin back on track

Anyway, Ambrose Island was a huge surprise that makes believe me that maybe will be another new mission in H3

finger crossed. Things I would like to see as a unlocks:

I’m ready to pay for any Content DLC map

There will be a long time before their 007 game or “Project Dragon”. So what they can do to make sure they can still earn money from Hitman except endless discounts? The answer is making more contents. So I think Year Three is quite possible. IOI gave us Agent 17 suit, this means they are digging more suits from previous games. And there will be tons of new items or suits to be released. Especially they have a group of creative community members. And if Year Three is possible, it is most likely that IOI will make two new maps within the year. Maybe two locations in Africa and Oceania? Or even Antarctica. Well, at least we will get the answer in the next one or two months.

To add to your items listed, a drone unlock with sedative darts, emetic gas, emp, electric dart shocker, and photo mode to scout out traits of targets in Freelancer and open windows and doors (phone mode). (Drone view like Splinter Cell Blacklist)

You can even have it possible to blow up the drone near a safe or propane tank to act as a breach charge.

your imagination went too far tho

What if I told you that the 007 is a codename of next game with Agent 47 who was recruited to infiltrate MI5 as the new 007 agent and take down Her Majesty and the UK government, because that is a true Providence!

Is this the UK version of Amendment XXV? I’ll call it “Amendment MIV”

All I want for Year 3 is numerically ordered Escalation and FC challenge lists.

Anything else is just bonus.

I believe year 3 content will be possible… hell Freelancer is already going to be that.

The only thing I can imagine, that Freelancer is going to get expanded with challenges, new items, extra levels or decoration etc. Maybe timed challenges… (replacing ETs)
Finally I would like to imagine a new and final map, considering Ambrose had several ether pamphlets, like it was in New York for Haven.

IOI gave us Agent 17 suit, this means they are digging more suits from previous games.

The only title they have left is Contracts… wonder what outfit they would choose.

They COULD do the “Contracts Suit”. Basically, Beldingford Manor had a loadong screen where 47 had a Red tie with Black and Yellow/Gold stripes on it. Think the Blood Money Suit that’s already in the game, but a different colored tie.

Other than that, I’m not sure what they could do to represent Hitman Contracts in Hitman 3.