I love mining melancholy & forest interlude, but really, there is not a single weak song on dkc2

I didn’t like the song of the (hidden) level where you turn into all your animal buddies. Bad memories of pure frustration.
Edit: actually no, that level had different songs. Was thinking about map music of that hidden kingdom.

Just the last part as the parrot i assume?

Was thinking about map music of that hidden kingdom.

If another Hitman movie comes out, David Bateson would be a poor choice to actually play 47. Don’t get me wrong, his voice acting’s top notch, he’s an indispensable part of the Hitman games. But if I recall correctly, Bateson has never played an action-heavy live-action role, at least not in recent years, and is almost 60 years old. That and I think he has more of a wise, grandfatherly look about him rather than a stone-faced killer’s.

I kinda imagined A movie where it’s 47 recounting some past missions or something. Some other actor as a younger 47 and Bateson reprising his role as the older one.

I like the black driving gloves on the undying look. They fit in well with black buttons, belt and shoes. Over all I’m a fan of the driving gloves and i think they fit well with most suits.

There are some outliers through. Looking at you Imperial Classic and Tuxedo with mask.

the low-res suits in season 2 never really bothered me. it’s hard for me to notice unless i look at them up close. i will happily equip the season 2 signature suit and the suburban suit.

I enjoyed Hidden Valley. There, I said it.

Excuse me Sir, that is the “Unpopular Opinion” Thread, not the “Flat out Lies” Thread.

Haha! I don’t enjoy it if I’m going for Silent Assassin, in which case it’s nearly impossible, but I like the atmosphere of it, and the snowy landscape. Although three levels of that was a bit much…

Shogun Showdown is a cool level, but i despise Hidden Valley and At the Gates, i got SA once in both just so i can say i played every Level with SA Rating and since then i blast my way through those Garbagelevels

Okay so I’m gonna say it.
Animations for throwing all items to the ground (not to the head), except coins, should be changed to throw-to-the-head animations. Because how 47 slightly waves his hand and fire extinguisher or propane flask flies for 5 meters is just ridiculous.

Yes definitely. I like to play Hidden Valley to enjoy its design and the underground tunnel and feeling like you’re experiencing just how many resources this arms trafficker has, but yes, once you’ve mastered it, you really don’t want to return to it

The old Hitman games had a lot of traveling levels with no targets, and I think that took up a lot of space with Contracts because you only went to about 4 places, but there were so many missions - especially in Hong Kong - that I was disappointed they hogged so much of the game with the same places.

I like Subject 6.
I don’t want him to betray us.

Anyone also wonder who this black guy was mean’t to be in Blood Money ?

You only see him at right at the very end in Requiem, he stands out from the rest of the Agents.
Notable features include black leather gloves and dreadlocks with a goatee, Given that he’s not wearing glasses too. After you kill him you’ll find he’s carrying Stiletto knifes like Eva does in “A Dance With The Devil”

My theory is that during the cremation at 47’s funeral, if 47 didn’t wake up after Diana kissed him this “assassin” is a clone or a hired contract killer that was mean’t to replace 47’s legacy or live up to it under being supervised by “The Franchise” instead of the “ICA”

However there’s absolutely no information on him at all as he’s a very very minor character you literally kill within seconds at the end of the game. Would be interesting if IO had planned anything for this character, that or he’s a throw away asset. 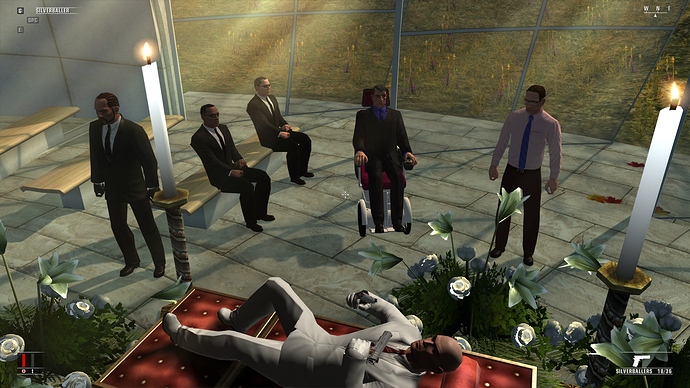 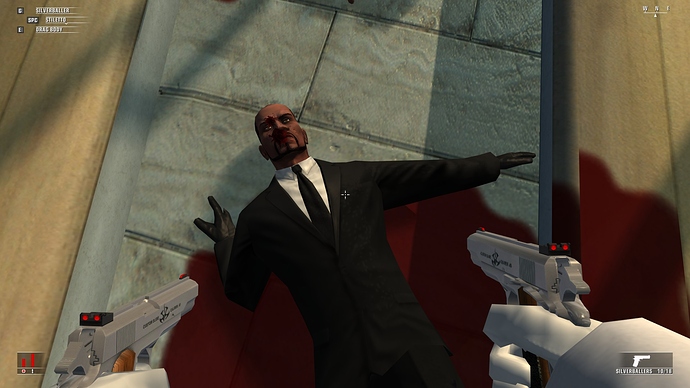 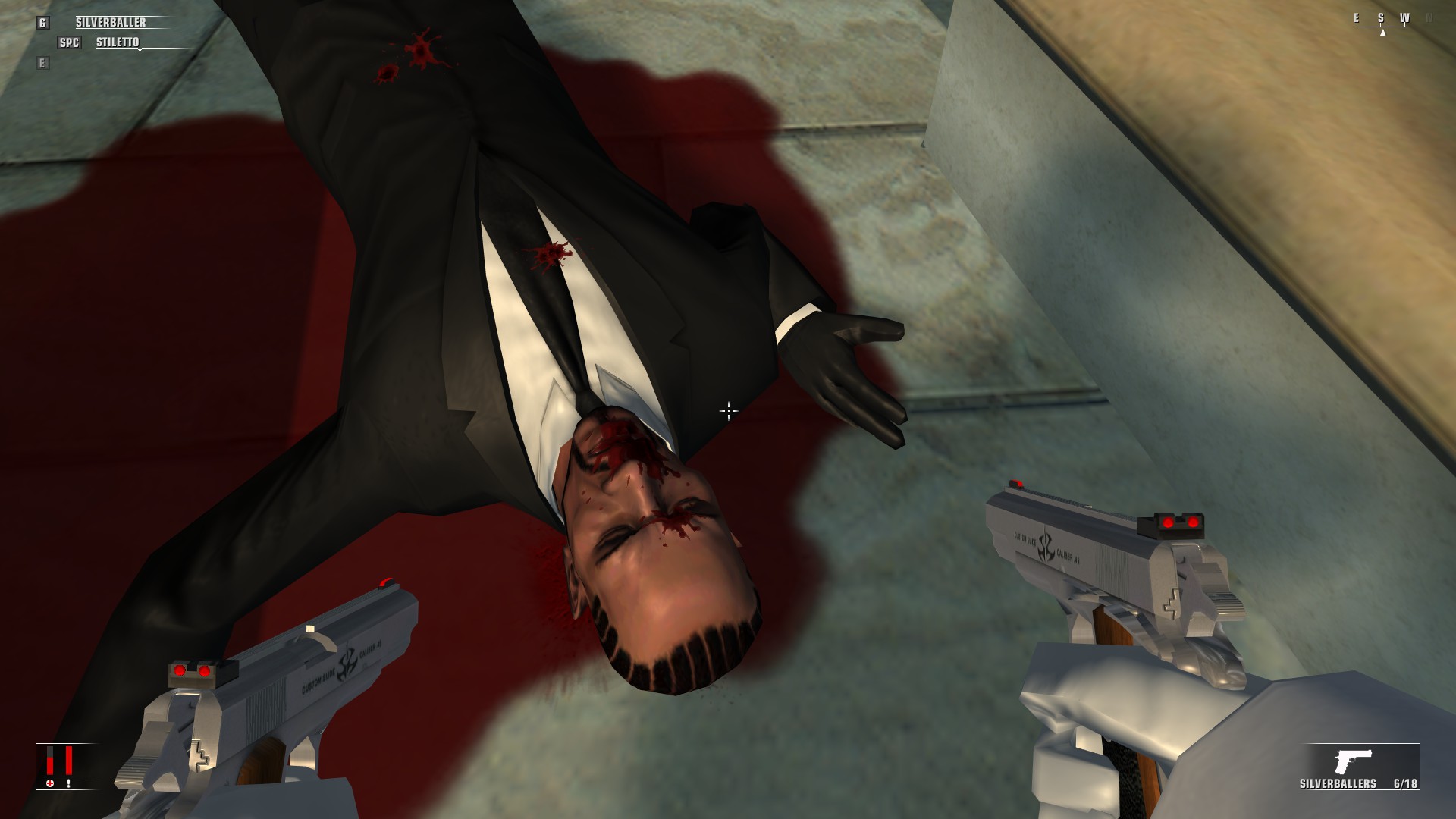 He is a secret service agent. It isn’t some mystery he is dressed like the rest of the agents. They most likely reused a facial asset from Death of a Showman

Glad I am not the one who noticed this dude.
My thought is that he’s personal Jack Alexander Leland Kayne What Is His Name bodyguard.

I actually think the new filter they put on Sapienza (and every other Legacy map) with the bloom looks much better than the original version and is a great improvement.

I remember this guy for his gloves, and I think I’m right in saying he appeared in the website they made to promote Blood Money. That website (which is gone now, but should be stored in the wayback machine) is notable as being the only place where Cayne and this bodyguard are both named. Cayne is of course called Alexander Leland Cayne (even though he’s called Jack Alexander in the dialogue) and I’m 90% sure the bodyguard was called ‘Scar’, but there was barely any info on him. The only other thing I remember besides the gloves and the knife was that he could also throw one of those RU-AP mines that 47 uses; I’m certain he’s the only NPC who can do that.

P.S. I like the replacement theory! He’s more reliable than their albino clones, because they die within 18 months of maturity.