Huh. Today I learned DC Comics is a subsidiary of Warner Bros. 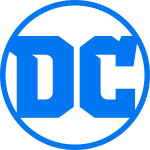 1961; 61 years ago (1961) (as National Periodical Publications) DC Comics, Inc. (or simply just DC) is an American comic book publisher and the flagship unit of DC Entertainment, a subsidiary of Warner Bros. Discovery. DC Comics is one of the largest and oldest American comic book companies, with their first comic under the DC banner being published in 1937. The majority of its publications take place within the fictional DC Universe and feature numerous culturally iconic heroic characters, s...

They have been since the Time Warner Merger which was in 1990. I can’t believe it; Time Magazine, AOL, AT&T and yet it was the fucking Discovery Channel merger that seems to have killed DC.

They are making a live action Pac Man movie… I have no idea why.

It is going to be worse than the Atari 2600 port of the original game if you ask me.

They will probably make it ugly again and release a trailer, just so the Internet will appreciate the revised one.

It is going to be worse than the Atari 2600 port of the original game if you ask me.

But can it be worse than Pixels?

But can it be worse than Pixels?

Yes. For all its faults, at least Pixels didn’t give Pac Man legs.