I haven’t seen any uploads from him on YT or any post on his twitter for more than 3 weeks. He isn’t active 24/7 on these platforms, but I noticed he made his profile pictures black circles. It seems like he completely quit. Does anyone know what happened? Last thing I saw from him was livestream, where he tried to reach 100 members on channel. Did something happen during that stream?

EDIT: I joined his discord a few days ago, and it seemed to be purged, as there were only very few people. Not sure if this was Freeze or discord mods. But most importantly, elusive Freeze is fine, as he had announced on server. He felt burned out and went off the public eyes for a while. He said it had something to do with his mental health, and that he’s working on improving himself. He also said he might not come back, but he isn’t sure about it. It’s mostly because of lack of content to do in current Hitman.
So, while this thread had been locked, I still felt an obligation to tell you guys. I hope it will clear things up!

Also, there really isn’t any new content for the current game, so it shouldn’t seem unusual that he’s posting less content.

Maybe he mistook a Proximity Explosive for a Remote Explosive? 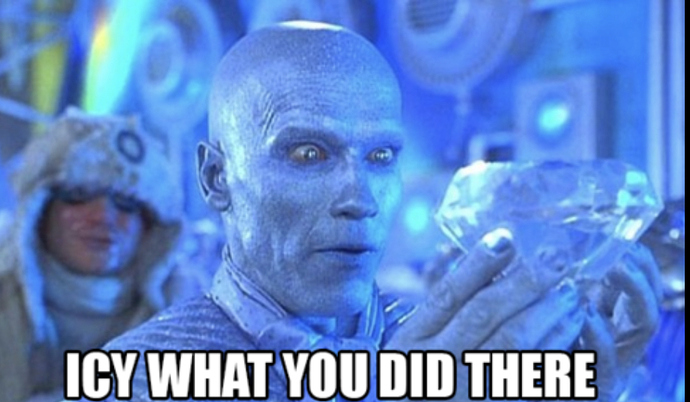 Actually… yeah, he kinda did, on his livestream on Sensation ET…

I hope, I mean Freeze had his moments but never anything like this

Dude, of course I didn’t randomly pull that out of thin air, it’s one of my favourite moments ever in gaming.

He might just take a break after hitting 77.000 subs - I recommend to follow him on twitter as well, I’m sure he’ll announce once he’s back to Yt

I hope, I mean Freeze had his moments but never anything like this

It was a pun

At this point the only “new” content is the curated contracts, right? Which if memory serves freeze isn’t really into. So it would be a good time for him to pause a bit and enjoy non-hitman life before the third game takes up tons of his time

Every time Freeze does something like this he always comes back eventually with fans pouring in saying they’re glad that he’s back.

I don’t think this is any different than every other time he done something like this. He started nuking his Discord server so having a coherent discussion is irrelevant. He started this around the time he went public with the black profile pic. There’s certainly a connection to this and as safe as I can answer this I think he’s taking a break.

However I must ask out of curiosity about this:

Last thing I saw from him was livestream, where he tried to reach 100 members on channel.

When was this? What was he doing reaching 100 members on his channel?

It was a pun

Never funny when you have to explain it. Lol

Bet you still smiled though

I sure did. I liked your post and laughed out loud.

Does anyone really care he’s “gone” though?

While his content is beneficial, the guy himself is scum. Extremely entitled and ungrateful person. I wrote him off when he was bragging about how he wasn’t happy with the personalised recording from David Bateson he got with his free copy of HITMAN 2 from WB and contacted Bateson directly and demanded it be re-recorded.

If he doesn’t come back, someone will come along to take his place with tutorials and the like.

Yeah let’s hope for the best