What is your game of the decade?

There’s been a lot of discussion everywhere about this kind of stuff and I’d love it here from everyone on the forum.

Mine is probably a toss up between Hitman 2 and Donkey Kong Country Tropical Freeze.
Hitman 2 is easily the best stealth game I’ve ever played with tons of locations, missions, contracts, targets, etc. Every inch of the game has personality—amazing voice acting, decent story, amazing targets, fantastic music, gorgeous graphics. I love everything about it besides that it’s a little unpolished.
Tropical freeze I ended up playing when I was about 10 when it came out. Fantastic controls and graphics, off the charts level design, great difficulty/difficulty curve, charming character design, lots of collectibles and extras, and without a doubt the greatest soundtrack to any video game I’ve ever played. Just look up Wing Ding, Funky Waters, Harvest Hazards, Busted Bayou, Seashore War, Cannon Canyon, it’s all fantastic!
So those are my picks.
What’s yours?

Far Cry 5. Has to be my most played game by now. The Arcade mode really adds a lot to the enjoyment.

The Witcher 3, hands down. In my opinion the best RPG since Baldur’s Gate 2.

I’ve played many a game this decade, but none had the global impact as Stardew did. The fact that it was made by one guy is even more impressive, and the hundreds upon hundreds of hours i spent in it, makes it a worthy game for the decade.

If we leave Hitman out it’s Life is Strange.

tough question, but I’ll go with Castlevania: Lords of Shadow from 2010. Its an amazing Game, with a great Story and phenomenal Voice Acting, thanks to Patrick Stewart and Robert Carlyle! I’m currently replaying it on PC, its on steam for sale right now for 7 bucks - check it out if you haven’t already.

If you liked the God of War Games, you gonna like this one too - i think its even better than GoW.

Sadly, LoS 2 didn’t live up to my expectations when it came out and nowadays Konami is an absolute piece of shit, so i dont think we’ll get another good Castlevania in the foreseeable Future

I clearly need to play the Witcher 3. Just picked up rainbow six but maybe that would’ve been a better choice lol

PEDANTRY ALERT. The decade does not end until the end of 2020. All those people who celebrated the turn of the millennium at the end of 1999 were wrong. The reason is that the date system begins with the year “1” and not “0”. Bah humbug.

Leaving aside Hitman (2, 2016, Legacy Pack, whatever), I would probably say Life is Strange, though if you catch me in a different mood, I might say Alien: Isolation or Portal 2.

Could probably put others but need to go to bed.

Ah yes
Without a doubt the greatest game ever created

The Last of Us

Lots of amazing games came out this decade but this is the only one I would unequivocally recommend to anybody. Possibly the best story ever told in gaming. My PS3 died two-thirds of the way through this game, and I went out and bought another PS3 immediately because I was so riveted by what was going on in the story. It also did something I haven’t seen before or since: which was to make two or three enemies feel as dangerous as hordes of soldiers would be in any other game.

I replayed the game recently and enjoyed it just as much as I did the first time. Especially with a real-world climate apocalypse looming and likely arriving in my lifetime, I thought there was really something poignant in the portrayal of a ruined America and the way Joel remembers how everything used to be and Ellie doesn’t.

I also really enjoyed Tomb Raider/Rise of the Tomb Raider and Splinter Cell: Blacklist… really well-done genre games, but not anything that really advanced the medium.

HitmanTM2 with all DLC hands down. It seems to have the most play time of any game I’ve had that keeps track of playtime (786 hrs). If it had some sort of map editor or proper mission editor then it would probably be a true 10/10 game for me, and get my ‘greatest game of all time ever’ award.

Next is Fallout: New Vegas with DLC which gave me a good couple of years all up but I haven’t been excited to go back to in recent years (313 hrs)

Third place for this decade is probably Company of Heroes 2 (131 hours but I swear I put it in much more hours). It having a Worldbuilder gave me much more time than I otherwise would’ve put into it (Worldbuilder does not count toward playtime). But now it just feels average to me and no one I know plays it anymore, so I have no plans to go back

) that I put a lot of time into, but none are coming to mind from this decade.

It’s a toss up between Skyrim, the Witcher 3 and Hitman 2 (with legacy pack). Honourable mention to Diablo 3, which I’ve sunk more hours into than I care to admit.

The Witcher 3. While the game alone is enough to be my fave, the the Blood and Wine DLC is the icing on the cake. (I really hope Projekt Red’s Cyberpunk 2077 is at least on par with it.)

As much fun as I had with Hitman 2, I felt more dissappointed by it than 2016.
Maybe that’s from overexposure, like one gets from eating something tasty way too much.

For 2nd place (or excluding Hitman), I think it’s a bit of a tossup over Super Mario Odyssey and Grand Theft Auto V.

They’re very different games, but I had lots of fun with both. Say what you will about Nintendo, but they know how to make very good stuff. SMO controls exceptionally well and the game is so charming. The level design, the secrets, the music, the atmosphere. Everything was beautiful.

GTAV was tons of fun to play and had a great story. However, the online mode feels a bit plain to me and I just couldn’t ever get into it. Regardless, I think the game is still absolutely fabulous.

Honorable mentions for me are (in no particular order) L.A. Noire, Mafia II, Dark Souls (all three), Red Dead Redemption (both), Bioshock Infinite, Cuphead, and Super Mario Maker (not 2).

You have no idea how long I have been waiting to do this. Consider me using an internet meme as a gift to the whole forum. 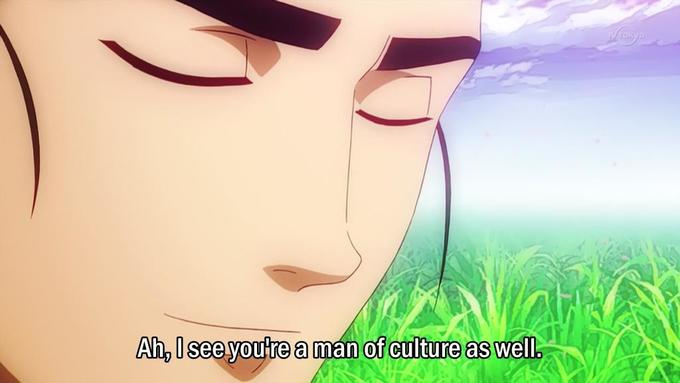 But Yeah ignoring HITMAN 2 then it is Life is Strange or The Witcher 3. There are some others but yeah I’ll mention them later.