What older titles should I play and which should I skip?

I loved “Hitman 2: Silent Assassin” as a kid, I played it a lot, watched YouTube videos of people playing it and got hooked on the series, I remember Contracts after that but, I didn’t like it as much, I also played Blood Money but, I was bad at it and YouTube was my friend to complete it, then I played Absolution which I liked very much.

Now that I have stopped playing video games for years and want to get back to the game, I decided I should start with the game series I loved the most but, I am afraid that those older games lost their appeal to me although I loved some of them in the past.

Which ones of these games do you recommend me to play? Should I give Codename 47 a try, I feel it’s too clunky, what do you think?

NOTE: I played the demo of HITMAN (2016) and watched some videos of people playing it and HITMAN 2 but, I don’t want to start with these because I think that if I play them first, the older ones will be very ancient and feel boring.

You should play them all, at least once. They are all amazing Games in their own Ways.

If you want to appreciate where the series comes from I would start at the beginning with Codename 47 and then move forward in the chronological order. All past Hitman games are fairly cheap, especially if you buy the Hitman bundle during a sale. Then you have the ability to test and see if you are able to enjoy past games.

If one of the titles is an uphill battle and you can’t get into it, I would simply just use cheat codes and blast my way through the story. At least just to experience the game. However unlike most games, Hitman takes patiences and the games shine when you put time into it.

If one wants the fully experience, one have to invest time into each game.

But just buy the Hitman collection on steam, it’s on sale and it wasn’t expensive to begin with.

If you wish to start from the classics, play Silent Assassin first and go in order from there. Me personally, I always skipped Codename 47 due to the clunky controls and lack of rating system (game doesn’t expect you to complete the mission stealthily, it’s a shooter basically).

If you want to find an enjoyable Hitman game first and then, maybe, appreciate the classics - start with the newest Hitman 2 + Legacy Pack and then decide if you want to play previous games at all. No need to pressure yourself into necessarily completing the Classics before playing newest games - it’s appreciated but not required.

I played the demo of HITMAN (2016) and watched some videos of people playing it and HITMAN 2 but, I don’t want to start with these because I think that if I play them first, the older ones will be very ancient and feel boring.

Don’t worry about that. Ever since I fell in love with Hitman 2016, I replayed each Classic game at least once and enjoyed then for what they were.

If you really want to play the classic games, I would definitely avoid H2016 and H2018 for the time being. I tried to get into Blood Money, albeit on PC vs the PS4 I use for H2016, and the controls felt terribly antiquated and clunky. Yet I knew that I would have enjoyed it if I’d played it first!

On the other hand, the Hitman experience you will get if you start with the remastered 2016 is arguably the best the series has to offer; from what I’ve seen of the previous games, the series has only got better with time.

I always skipped Codename 47 due to the clunky controls

i recently bought Blood Money on Steam, playing it the first time on PC. Holy. Shit. those are terrible convoluted Controls. C47-Contracts is absolutely fine controlwise imo, but BM is nearly unplayable.

Don’t skip any if you have the option to play them all. Every single Hitman title has been unique in its own way and it’s fantastic to see how the games have evolved since Codename 47 to the current Hitman 2.

If you can get past the graphics barrier you’ll have a whale of a time!

You can probably skip the first four

You can probably skip the first four

The thing is, you’re right. Few people will want to admit, though, due to fan bias.

I love Classics as much as any person on this Forum, but they really are skippable when it comes to Hitman 2016.

All you will get for playing them are the small nods and references to the classic kills, levels and targets. And while it’s pleasant and somewhat more immersive, it’s absolutely unnecessary to enjoy the World of Assassination.

I sparked a civil war

no to answer your question seriously, you don’t need to play any of the older titles to enjoy 2016 and 2018, because everything you need to know is explained to you in those games. But playing the older games would enrich your experience, because you’ll understand more of the history of the game you’re playing, but it’s not essential

Without the first titles there would be no modern HITMAN.

It’s part of history and you definitely get at least a try, it’s definitely worth it

Not only it’s the opportunity for you to unfold the story more in details, but you will also uncover classic Hitman moments through multiple games, and also maybe understand better the link between 47 and Diana.

New games are great, but old games also have a “je-ne-sais-quoi”, something deep that you won’t find in the new games. 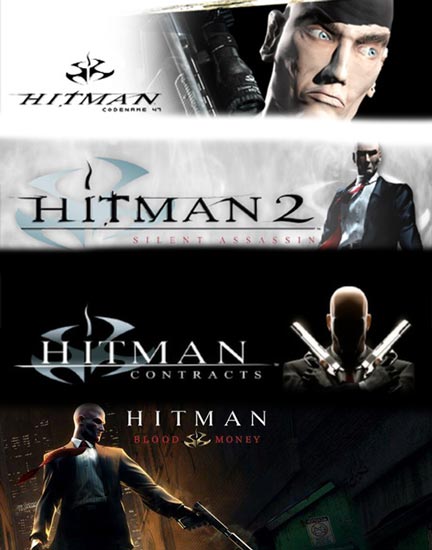 You should try them dude