I think of the strangest things I’ve witnessed on the Internet of all places has just happened. With the most recent Halloween Movie being released last Friday it’s no secret that the worst kept secret that isn’t a secret is they were revisiting the 1978 Film through flashbacks.

To a lot of 1978 purists this a lot of scrutiny can come from these scenes especially pertaining to the costume and mask. Well one detail at the end of the 1978 film was Michael being shot 6 times in the chest my Loomis. Unfortunately during the production of HKills they forgot about this detail despite it being stated in the script.

This created a debate among people where people claim the holes aren’t there, but others claim it is there just they say they are tiny this ultimately was dubbed Bullet Gate which makes me laugh every time this is mentioned in the discord I’m in.

Is that Ezra Berg? Or just the same mask?

Ezra Berg is maybe just a Shatner Fanboy too.

My grandfather’s funeral is today and his burial is tomorrow. I plan on playing the Hitman: Blood Money version of Ave Maria at his burial.

I’m sorry for your loss.

We’re in the final round of the target championship, you might as well want to join and defend your homie targets!

We’re finally into finals! Previous round(s): Heat C47 Heat 2SA Heat CON Heat BMY Heat ABS Heat WOA Heat TDY Heat III QF #1 QF #2 QF #3 QF #4 SF #1 SF #2 Rules: • Players get 1 point to add to the board, and 2 points to subtract • Points may be split up how you wish. • No decimalized points allow, so basically no half or quarter points permitted • You may not + and - the same target in a single day. • Players may play the game once per day (local time) • Players are not all…

Nothing “new”, but if you ever wanted to know how the probably most famous special move in videogame history was created, here you go: the probably most famous special move in videogame history was created

i like mk as much as the next guy, but i’m pretty sure something from streetfighter 2 holds that title - and handily.

Not so sure about that. I think the “GET OVER HERE!” Line alone is more known among people than Ryus “Hadouken” and whatever he yells during the Tatsumaki.

SFs most iconic move, at least for me, would be Sagats “TIGERRRR UPPERCUT”

My cat caught two mice tonight, I photographed the second one. I just walked over to a baseball diamond down the street and set them loose in some grass. 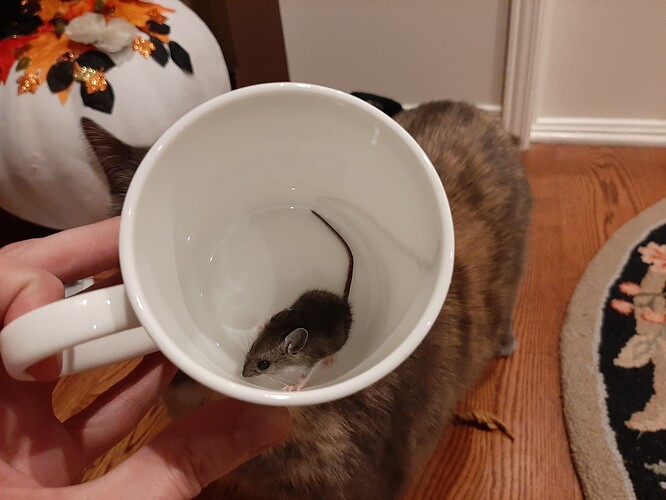 Day after my second Pfizer shot, feel like death itself. Head feels like a carillon being rung, without Panadol my head is an inferno and I just ache all over.

Started watching Netflix’s new series, Squid Game. Wasn’t interested to watch it for the time being but with the direction YT Channels and Websites are going, the whole plot would’ve spoiled if I resisted one more week.
It’s decent, and will entertain you for a couple of hours. There are already talks about a season 2, let’s hope Netflix doesn’t banalize it like it has done to other shows by meaninglessly spamming seasons.
Not the best thing you can find but still I’d recommend it. ~7-8/10.

Not to trivialize what you’re going through now, but it helps to think about how much worse it would be if it was the real fucking thing. Hang in there.

I’m currently in a world of hangover that hasn’t existed for anyone since my college years. I’m going now to find both pancakes and a cheeseburger.

Update: Been a day now and I feel much better, I have graduated to being sore all over and kind of lethargic.

I bought a $2 halloween mask and spray painted it. Left is mine, right is what it looked like beforehand. Obviously going for a Michael Myers look lol, on a budget. The eyes, mouth and nostrils are filled in with painters tape atm 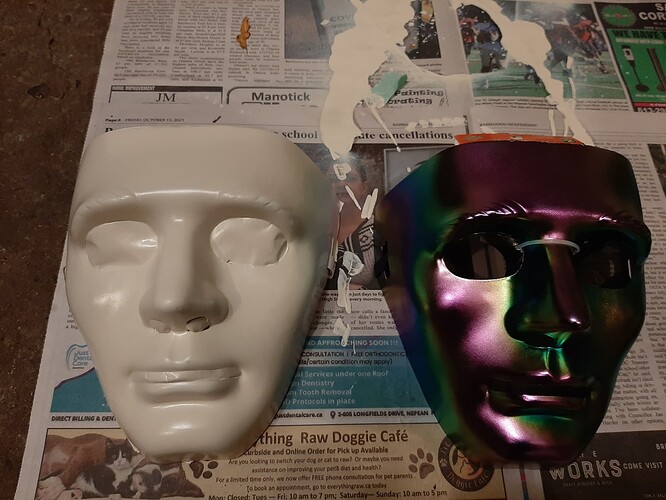 Did you guys check the new Uncharted Movie trailer? I mean it looks… good. Definitely not how I pictured an Uncharted movie. Rolling my eyes at Mark Walhberg Sully. Edit: Lmao I just noticed in the trailer, they introduce Chloe then 30 seconds later they show her holding someone up at gunpoint…
“You have no idea who you partnered with [do you?]”
Sony… why must you spoil the movie like this

Looks fun. The kid has kind of a Marty Mcfly quality to him; Banderas is always solid.

Also who can understand what the Scottish dude said?