What's the plan for future Elusives?

They addressed that in one of the livestreams last year that it was something that they didn’t end up going with (and probably was/evolved into the Arcade) and regretted announcing that back in 2020. If anyone was still expecting that by the end of the year, that’s again falling on the person with the expectations of getting more ETs since that situation had already been cleared up.

IOI are busy working on Freelancer, but any additional content they put out in the meantime is always a good thing surely? We have a new map coming as well, so good things always come to those that wait.

We could have been in a situation where we wasn’t getting any roadmaps/content whatsoever and IOI were letting us wait months without anything.

What’s the plan for future Elusives? 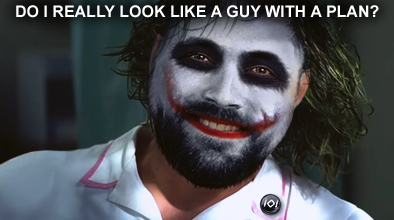 Capcom has plans. Valve has plans. Ubisoft’s got plans. They’re streamers. Streamers trying control their little fan base. We (IOI) are not streamers.

Is it possible that we may see Alexander Kovak as a new Elusive Target? He is mentioned by a certain someone (Diana) during one of HITMAN 3’s maps.
(Link to a video where he’s mentioned)
If somehow Kovak could appear as an ET before the HITMAN 3 timeline, I would like to see it happen.

There is still no word from IOI on an update for the next year or so, but
Will the delivery of “Freelancer” at the end of January 2023 be the last update for HITMAN3?
After all, Erusive Target in Miami will end up not being delivered, right?
I understand that this is due to contractual issues, but if so, I would have liked to see a new Miami Erusive Target added.
Personally, I would have added one errusive target from Paris to Ambrose Island, each with one unique “HITMAN3” errusive target.
If not, I would have liked to see at least one elusive target added to each of Miami, Mumbai, New York, Haven Island, and Ambrose Island.

Off topic, but as a finishing touch to the development of HITMAN3, I would like to see an offline patch included in the final update of HITMAN3 so that the content that is only available online, such as Sniper Assassin and Elusive Target, can be played offline.
I don’t know how far IO will go to meet users’ expectations, but I hope they will consider taking some of the content offline so that we can enjoy “HITMAN” for a long time.

Elusives are done. The Rage was the last one IO will ever make because their dev time will now be dedicated to Freelancer and Arcade. The final Hitman 3 patch wont be Freelancer because there will probably be a month or two of bug fixes but we dont know if this will be the final drop or not. There are leaks that suggest no, but there are leaks that suggest yes. We’ll see

All that needs to happen now is IOI needs to release every ET they’ve had that can be Tks eased, and they need to be released solo, uncomplicated, their pure version so we can play them without restriction, or IOI needs to allow us to turn restrictions on and off in Arcade.

tbh it feels like something they won’t do. The Arcade was the compromise on the whole “they’ll never be replayable” schtick.

And yet by putting them in Arcade, they’ve made them replayable, so that excuse no longer flies. They can be made available within Arcade as replayable missions, not beholden to whatever they use to release them in the standard format.

Maybe make the arcade version temporarily unavailable for those who failed or missed the regular ET version until 2024-25.

And what would that accomplish, beyond the trollish move of simply pissing people off?

Elusives are done. The Rage was the last one IO will ever make because their dev time will now be dedicated to Freelancer and Arcade

Although I do agree IOI’s time will be dedicated to Freelancer moving forward, until we hear it from IOI themselves, never say never to more new Elusive Targets.