Who's at fault? My Playstation 4 or HiTMAN 2?

If you vote PS4 then you’re saying this would run smoothly on a high-end PC! Eh, I dont know.

Someone should recreate that on their ‘high-end’ PC to see what happens.

About how many bodies are on there? Is it just the guards from that area?

The times I’ve had real bad lag on my PC with this game was doing a Kill-All in Isle of Sgail.
A KIll-All in Sapienza caused the game to crash or freeze when going to the results screen.

I do recall subduing a LOT of guards in Mumbai, but it doesn’t seem like it lagged at all really. Then again, I never piled them in-front of an oncoming train.

After rewatching I want to say my playstation did just fine and HiTMAN shit all over itself. Instead of simultaneously acknowledging all the Non target kills, accidents registered for every single one, and XP notifications for every single one on the screen at once the system got super lagged up with the delivery.

Someone should recreate that on their ‘high-end’ PC to see what happens.

I think @GuLe has the most well known HighEnder around here.

About how many bodies are on there?

Oh goodness, maybe 20? Hold on, I’ll get specifics. I’m lining them all up on the tracks now. 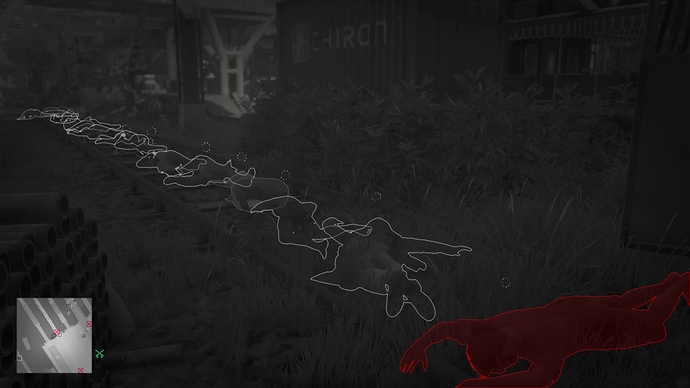 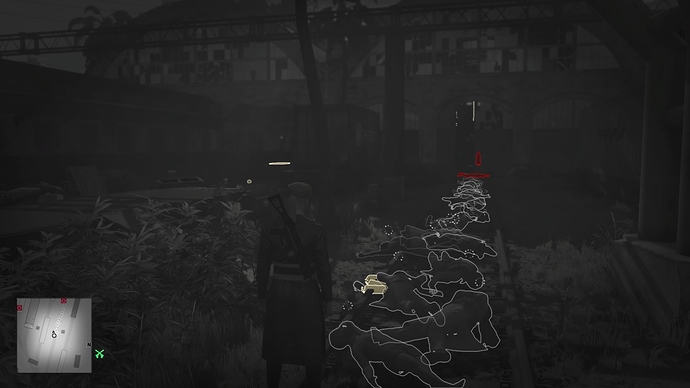 If you listen to the audio, Diana’s voice never breaks up even the slightest. It’s just a cosmetic lag it seems IMO

PS4 never stopped recording at least…so I don’t think its the problem. Bigmooney also always talks about the game crashing on his kill-all-challenges…so I guess, good thing it didn‘t in your instance

If no one will go ahead of me, I’m trying to recreate this situation right now.
I’m up to clear the whole trainyard except Vanya for her to meet with Wazir later on

Yes, please do and post it here. I would love to see the difference. TIA

You do realize that a baseline Non-Pro PS4 is still a far cry from an RTX 2080 powered gaming PC.

Yes, but the game can’t be modded. It’s equally formatted for all platforms. The PC version shouldn’t be much different than the console version besides settings. Imagine if they also made a version for Nintendo Switch.

It would be like if they made flight simulator for consoles. They would need to dumb it down so much to format across the board.
That’s why Flight Sim is a PC exclusive and cheap computers will play it laggy & glitchy while an RTX 2080 would sail super smoothly with great looking graphics. Just a thought.

I could be very wrong. If someone with a super PC tests this out, we can end the speculation.

I doubt the game (PC or console) was ever programmed to fluently handle a situation like this. Could be wrong.

Ok, it went relatively smooth.
There are 25 NPCs there: 23 civilians and 2 targets.
I’ve done it twice, second try with train exit.
I can try to crush more NPCs if it necessary, let’s say doubling the quantity

UPD: smashed 50 NPCs and the game resulted in the same as yours, @Tigh_Himes, 0-1 FPS for a certain period:

This is the final test of mine, cuz I see the game/PC could deadly freeze or crash in futher tests

I believe it affects RAM and video memory. So if you have 11GB of video memory (and a lot of RAM memory) you can smash up to 100 NPCs

I am quite sure body physics are handled by the processor, not the GPU.

That was incredibly epic. Ok, I’ll change my vote from HiTMAN to PS4.
After seeing that I think my PS4 would melt if I tried 50.

The PC version shouldn’t be much different than the console version besides settings. Imagine if they also made a version for Nintendo Switch.

It would be like if they made flight simulator for consoles. They would need to dumb it down so much to format across the board.

One should note that HITMAN 2/Glacier is missing resolution and graphics modes below 720P which are available in UE4 (which can force a “Switch Mode” for any project leaving you with the task of fitting your game down to 16 GB cartridges).

This is what happens for example when you open UE4’s demo project and you enable “Switch/Portable Mode” project settings and just hit play without changing anything.

Once I played HITMAN 2 on PS4 remote play and when the service bogged down the PS4 began downsampling the game to what looked a bit like sub 720P. It didn’t look too bad.