Originally created by a member who has now left.

Based on an idea by @Tetrafish_21, here we can list our kill methods for the ET’s, and edit as we continue to take out more of them.

This is (most of) my post copy/pasted from The Politician topic. And I think @Piano_Man started it, but I did suggest a dedicated topic so as not to derail the original topic.

The Forger: Choked out and neck snapped in the attic.
The Congressman: Poisoned wine
The Prince: Neck Snap (I think) lost SA.
The Sensation: Poisoned drink
The Gunrunner: Fiber-wired on his trip back after lockdown.
The Twin: Garroted in bathroom (wanted to drown him but he went for trachcan) lost SA due to guard walking in and finding body. Almost died escaping.
The Wildcard: [MISSED forever]
The Broker: Set it and forget it PT for him to smoke by, lockpick on safe.
The Blackhat: Lethal Poison injected, but a guard seen me KO another guard. Lost SA.
The Pharmacist: Dropped a Chandelier on her on the steps.

The Undying: Knocked out and dumped into a Garden Shredder and Shredded
The Revolutionary: Consumed poison
The Appraiser: Accident (Fire)
The Fugitive: PT Explosion
The Politician: Knocked out and dragged into water (should be drown/accident, but said ‘Melee Kill’)
The Black Hat: Sheikh + Sabre (Melee)
The Prince: Electrocuted in a puddle, in the catacombs.
The Undying (Returns): Blasted from helipad, falling from hundreds of feet, landing, and re-shredding.
The Deceivers: Poisoned wine for Troutt, and snapped Magee’s neck.
The Entertainer: Zapped via Easy-Kill Phone
The Bad Boy: Poisoned his water.
The Chamelon: Pushed off balcony.
The Identity Thief: Led to the basement and throat slit with Tanto.
The Gunrunner: Led to shisha-cafe toilet and drowned.
The Blackmailer: Led via coins, and Shuriken to the head.
The Angel of Death: Sniped PT outside of Shisha Cafe.
The Warlord: She went Kablewy! with a PT + Cigarette.
The Serial Killer: Sniped down by the river
The Fixer: Zapped
Le Chef: Dropped a ducker in the kitchen and poison syringe in the stairwell.
The Stowaway: Lethal Syringe while changing 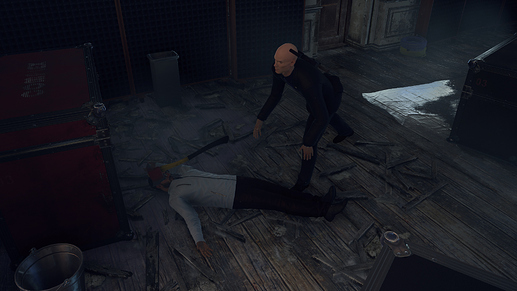 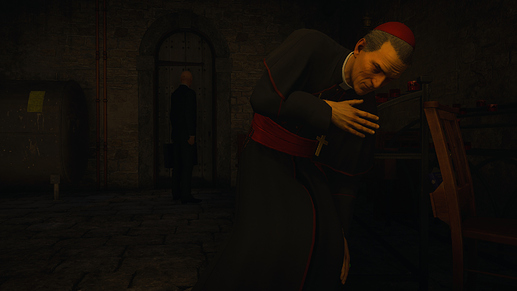 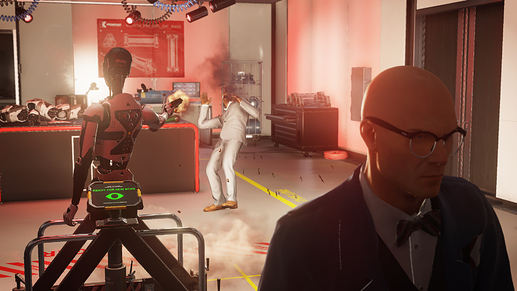 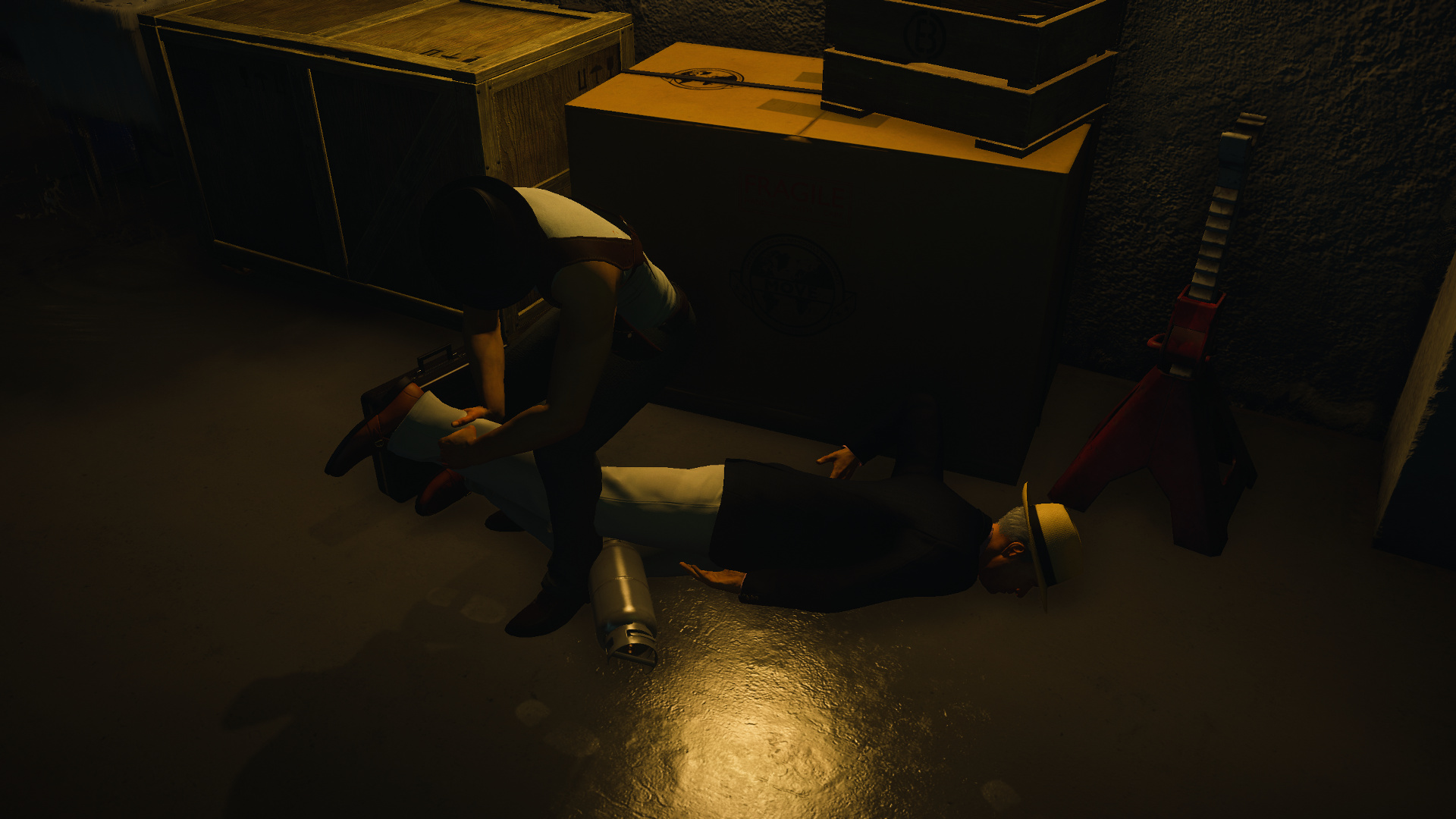 The Entertainer: Bike explosion (Non-SA), then redo with ledge push 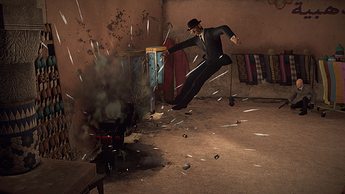 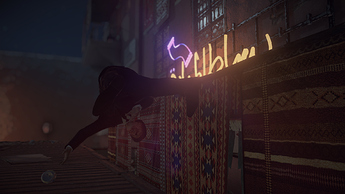 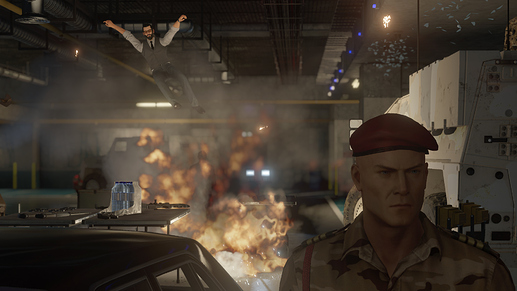 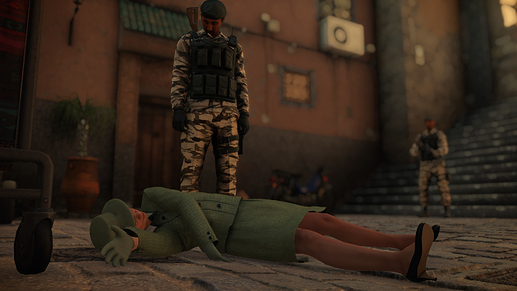 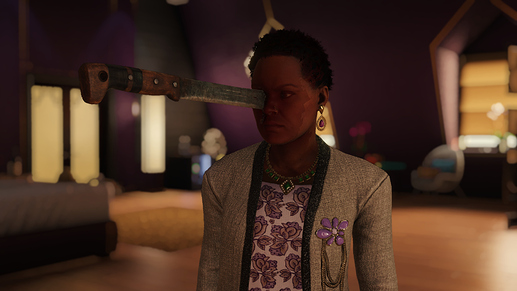 Really haven’t been motivated to try anything interesting for these ETs, though I do want to do an ICA Space Program run for The Politician.

The Undying Missed
The Revolutionary Neck snap in alleyway
The Fugitive Pushed over garden balcony (?)
The Appraiser Cigarette inferno
The Politician Poisoned with peanuts

Do it quick with an explosive to get the suits. That’s all that matters.

The Undying - Shot by PALLAS 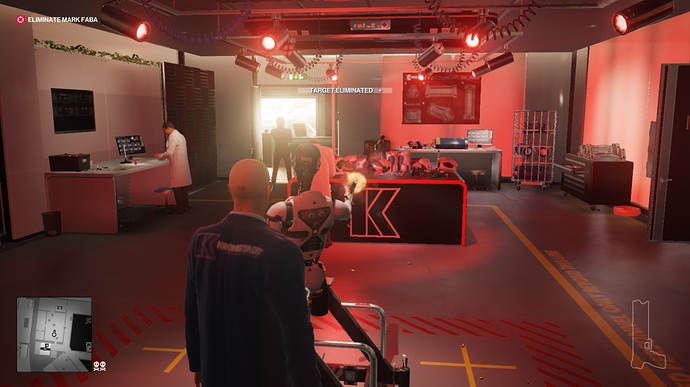 murillo (2).jpg1366×768 162 KB
The Fugitive - Uhh let’s not talk about what happened this time so yeah I garroted him the first time he was around 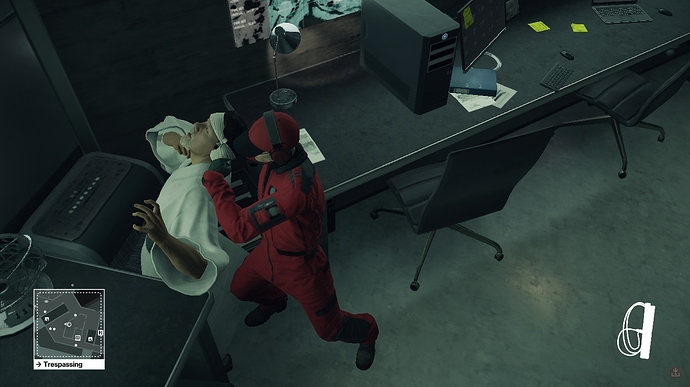 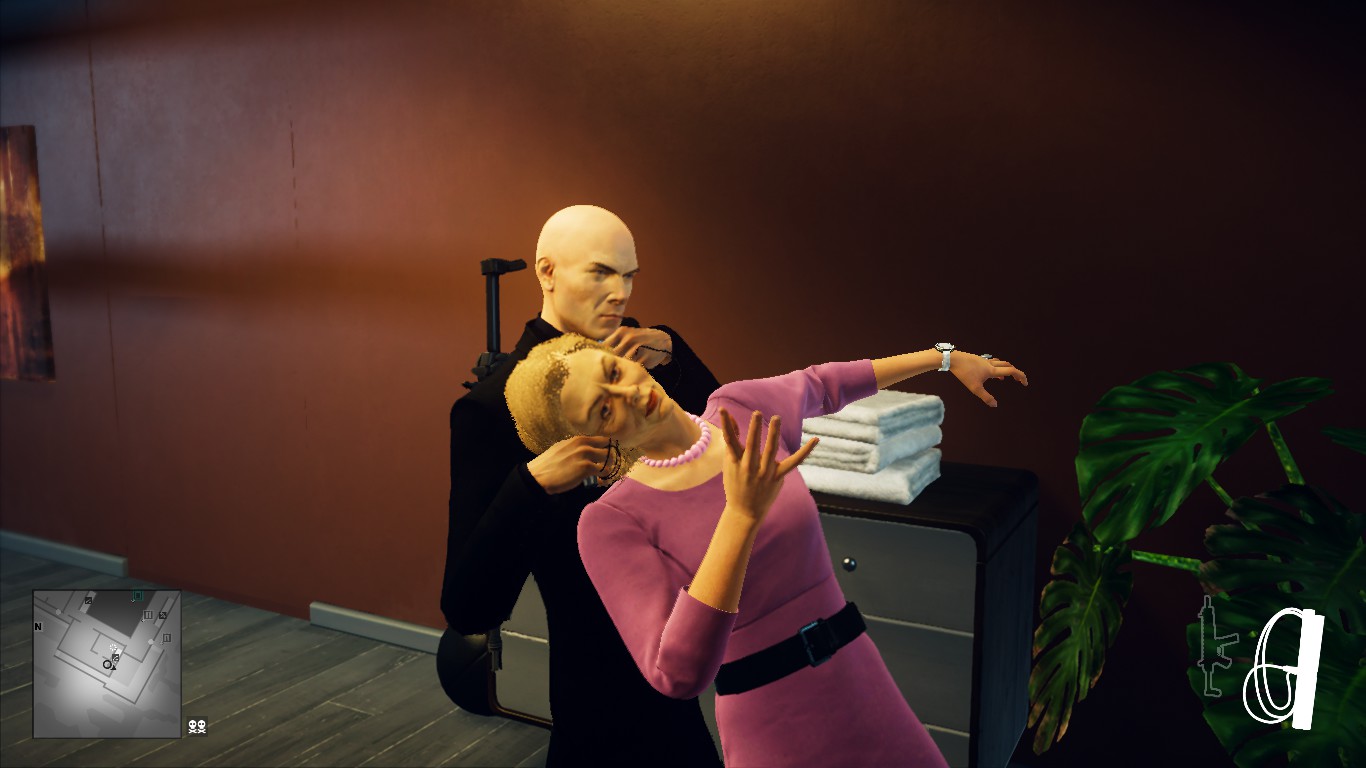 The Politician - Haven’t done it yet

Hey did you get SA with the lamp?
I used the lamp and got a “body found” (4 stars)
There were 2 bodies hidden in the bushes, but they never were found, so idk what happened

I completed all of season two with gooing in, finding target. Throw remote explosive at them. Detonate and run… Worked every time… (did undying with fiberwire.) I normaly play hitman with more care and precision but for those I also just want the suits. Bo need to learn routines for 1try. Don’t always have alot of time… Kudos to all who do it silent assassin tho. You da real ones.

Probably one of the guards got KO’d by the explosion. It’s a really bullshit thing IO added with H2.

The Undying : Lethal poison coffee
The Revolutionary : Fed to piranhas After being emetic poisoned
The Fugitive : Drowned in toilet
The Appraiser : Gas tank
The Politician : Lethal poison peanuts

Slme have reported that they lost SA because of body found even though thry killed her with the gaslamp explosion. I watched your clip and I didn’t see any body bring found except of her so you should’ve gotten SA

Anyone, please feel free to link to the posts for vids &/or screenshots of the kills.

Nope…just killed the target, nobody got koed
Like @Ibbe said, that was a SA!