So we know that H3(III) will have not only next gen ports but the legacy pack support of the first two games. I’m wondering how is that going to work?

Hitman 3 will be the first Hitman game for these new systems. Will they port H1 & 2 separately to the next gen systems? Will it just be the DLC? Will there be an option to buy the full trilogy on PS5 immediately? Or will the legacy levels be included by default in H3 PS5?

I also wonder just how much better graphically it will be compared to the PS4 version. Will it be a big leap for everything? Including legacy levels? Will the frame rate be 60 as a standard on the new systems?

I’m also wondering will there be any downgrades for Hitman 3 on the PS4? I doubt it but I wonder if H3 has anything planned with the new hardware in mind. Will we finally get everything to fit on a single disc?

I also want to hear what changes all of you would like to be brought to the legacy levels in HIII. Me personally I’d really like Whittleton to get the Colorado treat emend and make the story objectives optional upon completion. I feel that’d be the easiest change they’d make to go “look, this is better than the old game”

Thought this would be an interesting discussion point. What are your thoughts?

but the legacy pack support of the first two games.

I think we don’t “know” technically but it would be a really stupid move to have this big game be incomplete on a fresh generation.

I think H1 and H2 won’t be ported. IO surely intends you to get the full game which is H3 + Legacy packs. I just can’t imagine anything else. Porting H1 and H2 is just extra work and I don’t see why anyone would buy that. The release model is complicated enough.

I also wonder just how much better graphically it will be compared to the PS4 version. Will it be a big leap for everything? Including legacy levels? Will the frame rate be 60 as a standard on the new systems?

Hopefully they have sweet graphics the older consoles can’t do. We might benchmark it with potentially higher required PC specs as there is always a PC system that is on par with new consoles. But that might not be visible in the required specs now that I think about it.

I think it will be mostly better loading times, graphics, stability, fps, destruction of scenery and so on. Nothing too big that would require to have two times the patch pipelines.

We can only hope, yeah. I’m very interested to see how the DLC will work on PS5. It’d be extremely generous but maybe the legacy pack should just be available for free on PS5? A big part of what made Hitman 2 a little offputting to consumers was that it was a very big buy-in price for everything. A 60 dollar gain, a 30 dollar season pass and a 15 dollar legacy pack if I remember right at launch. Plus with all the different purchasing options that will now be potentially doubled with a Legacy Pack (H1), Legacy Pack (H2) and Legacy Pack (Expansion).

It’d be a lot easier to just give the PS5 players everything. It’d make the game a much easier sell, no one’s spending 500 dollars on a console to then spend an extra 100 on a new video game. However, if it’s 60 dollars for three games worth of content, they’ll think that’s a steal.

Either that, or, and this is CRAZY but it’s an idea I had, they could make the season 1 legacy content completely free inside Hitman 3. That’d be insane but could potentially draw in tons of new players. Even just Paris might work. Having a proper taste of the game, not just mini-locations, would really get the players hooked. It’s not giving away too much, Sapienza is still locked behind the DLC, but one of my most played locations that got me into the game back when it was episodic would definitely seduce everyone who could potentially buy the game into converting

Either that, or, and this is CRAZY but it’s an idea I had, they could make the season 1 legacy content completely free inside Hitman 3.

not that crazy. it would really depend on how much money they actually make from legacy pack sales.

Less graphical details, lower resolution, lower frame-rate with a possible cap of 30. So, only visual changes.

What do you hope will happen ? 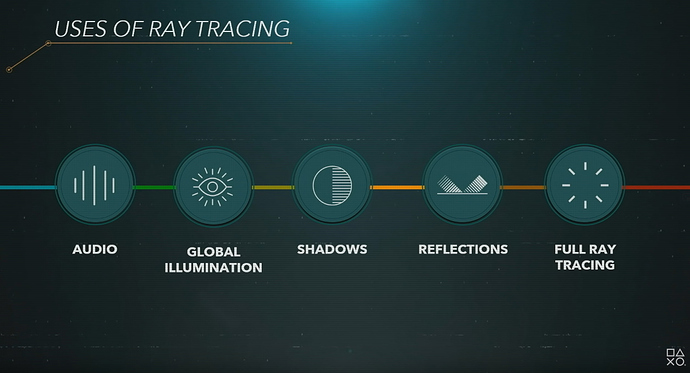 During the interview with Geoff Keighley, talking about the PS5 improvements, for Dubai @Travis_IOI mentioned some key points I think.

Funny thing is most of these features are aleardy implemented in Hitman 2 with some in-house tech but they probably will push things futher with some ray tracing.

I think there’s gonna be a mix of the two. I mean, the height of the building and the clouds aren’t just here for the landscape. It allows to get a faster scene computation to be able to have true reflections everywhere on the building with their tech on old consoles and use ray tracing on next-gen consoles.

I think it will be mostly better loading times, graphics, stability, fps

Well load times could be potentially instantaneous on PS5. Isn’t that something Sony was hyping up? That’d be a big game changer, Hitman’s change in pacing would be so much faster it’d be amazing if that happened

Sure that’d be nice. I’m not really interested in H6 on the same level as i was with C47, SA, C, BM and Absolution, but any reasonable additions to Season 3 are welcome. I’m mainly happy about the fact that this iteration of Hitman has come to its end. An excellent game mechanically and content-wise, but from my subjective standpoint Hitman 6 had no soul nor identity, leaving it feeling shallow.

there was one thing i noticed in the trailer: the reflections are much higher quality. the reflections in H2 are really bad when moving (and sometimes, even when not moving). i forgot the specific problem, but it left a sort of “ghost” and shadows often shifted around on their own. i do hope they have improved these reflections in H3.

Hitman can already go at 60FPS on current gen consoles. Hitman 3 would probably have 120fps.

No offence but please stop trying to make “not liking the new tone” into a personality. To say they have “no soul” is to say that 2000’s era linkin park grimdark edginess was the exact opposite

In terms of graphics am 100% certain that they will get an improvement, although am not shure how much gameplay wise the game will change with the exception of a few minor tweaks

Microsoft will be happy because they keep selling their console with all these numbers. “HITMAN 3 is coming to the most powerful console ever. #PowerYourDreams”

Which is already really great in 4K on current gen. But you can play Hitman 2 in 2K60fps on XBX and PS4 Pro.

For the 60fps, some explanations :

Getting everything up and running on Xbox One X was very easy. Increasing our render quality for the High Quality version was also easy, as we have assets from PC we can leverage. Hitting 60fps in High Framerate (1440p mode) was quite challenging, but we managed to find a way to hit that 60 fps. Here’s how we did it: As the Hitman world simulation is very complicated, we were not able to optimize the simulation itself to run at 60fps, so instead we opted to double the number of rendered frames, and optimize the rendering instead. This means for every simulation tick, we render two frames, giving that smooth 60fps experience. Many of gaming’s most compelling stories come from those who’ve helped to create our favorite Xbox One games. In our Inside Xbox One X Enhanced series, these creators will share the behind-the-scenes accounts of the work involved in enhancing these...

So I’m guessing if you buy the current gen version(assuming there will be physical discs) once you get a next gen console it should automatically be able to play said disc, since Sony said any game published on ps4 at this point will be automatically compatible with ps5

I think H1 and H2 won’t be ported. IO surely intends you to get the full game which is H3 + Legacy packs

I don’t understand this. What’s the difference between a port and playing the legacy pack on a next gen?

Porting H1 for example results in having literally H1 on PS5, without briefcase, foliage and a more dork looking 47.

I don’t know the details about PS5. But on Xbox this is called “Smart Delivery”, and maybe Hitman 3 will be compatible (most likely, at least to get some good advertising). 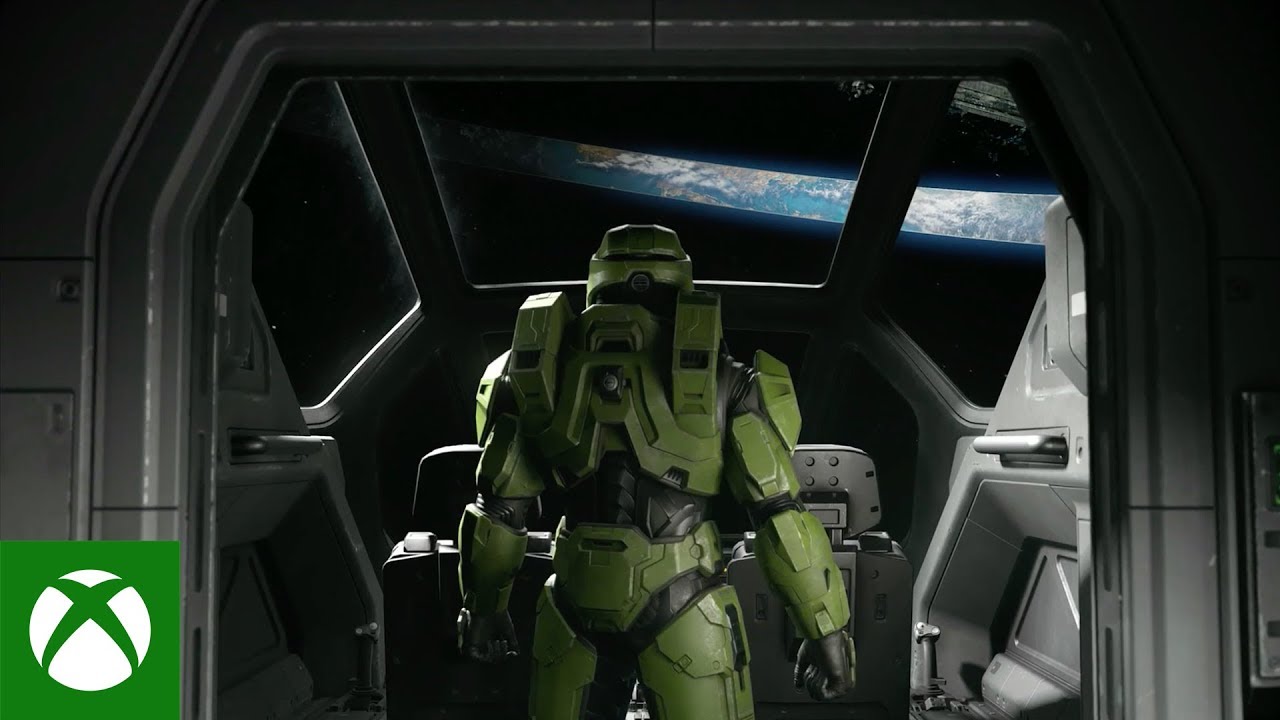 Microsoft said all their games will be compatible and they’re giving the choice to third-party publishers.

Ah, okay. I do really like the idea of being able to seamlessly play games from current on next gen though and spending 60$ twice on the same game