If IO made a GOTY version of Hitman3, this time with 6 missions in the style of Pazient Zero Campaign (3 destinations from Hitman 2 and destinations 3 from Hitman 3), plus 4 escalations with weapons unlocakbles. You would spend 30€ for that? Considering that them can use rain and new weather effects. What locations would you like to see again?

WC by night and rain

My personal wish for a quite long time now is to see Whittleton Creek at night with snow.
In a festive period maybe, like with all the decorations and vibes for Christmas-New Year.
Would’ve been awesome!
Makes me think of Home Alone atmosphere

Mine would just be unrelated hits, all set after Absolution and before Paris. Mix them in with the existing ones, just so we don’t play Sapienza twice in a row.

I thought surf too would be cooler, but I guess in case them would use things already in game for that i thought the PWC.

It would be a great idea, and actually possible, since there wasnt a GOTY announced for Hitman 1 too but it came around.

My favorites probably would be, so far:

As others have suggested, I would also totally be in for a:

Can´t say about the H3 maps, as we have yet to play them, but a daytime Chongqing would be nice (I like the idea with the military parade, but we haven´t seen how big the streets in the map actually are). Dartmoor with a hunting event of some sorts might also be good, but again, haven´t seen the map yet plus there´s a bit of an issue of it being a Carlisle family location.

(though I would like an Orient Express style level)

Yes, yes I would spend 30€ on it. I will only write my Hitman 2 Wishmaps now and will complete my list in a week and a few days or so, when I visited all the Locations.

@Travis_IOI @Mattias_IOI Hey, maybe you can pitch all these ideas to whoever makes the decision. Plenty of people ready to pay, including myself.

Really great ideas - looking forward to hopefully seeing them as DLCs in the future!

Just remix you have enough material!

I’m still wondering where i read about H3 having bonus missions like Hitman 2016. I was so sure IO said something regarding this DLC subject and we are going to have bonus missions, but idk where i read it, so if someone can help with a confirmation or something…

Personally, Landslide is just as good as World of Tomorrow.

The GOTY/Patient Zero missions were experimental and interesting, but lacked enough asset changes to best capture their uniqueness. That’s understandable given the resource constraints, but I would love to see a mission make use of the Himmapan Hotel’s bottom left wing in Bangkok for example.

From what I know, they never said of a future DLCs yet.
Maybe you got confused about the wording of similar subject, like someone else was just recently.
The quote was this:

“We’ve got a lot more to say about our new gameplay features and systems, more locations to reveal and some other big surprises too! Over the coming months, we’ll be publishing blog posts and hosting livestreams to keep you up to speed.” 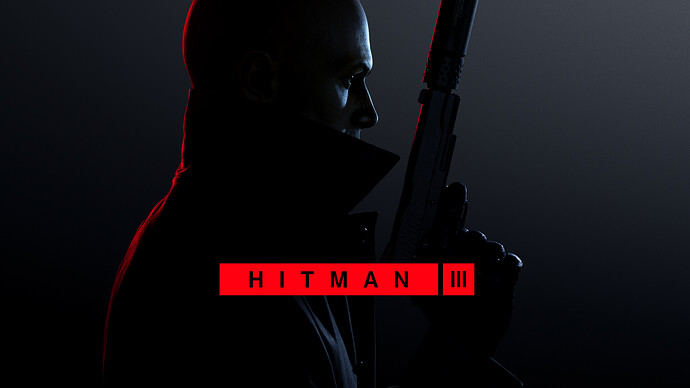 Confusion is that they were going to announce something more than was known back then (June 2020), and this is quite outdated by now

I’ve found what i was trying to quote, it was this:

“Not that the studio’s saying goodbye of course - I’m sure they know better than to never say never again. “When we come back to Hitman, you know, we want to be able to bring a fresh take,” says Large, “and to have the creative freedom to do what we feel is right for us.” There’ll also be post-launch support, though unlike previous games this won’t be new areas and rather a repurposing of those being offered up in Hitman 3.”

A repurposing of existing HITMAN 3 areas could be as simple as creating Elusive Targets and Escalations in the six new H3 maps. Not to say we definitely won’t get bonus missions down the line, but personally I’d say it’s safest to assume that the post-launch support will be Escalations, ETs and Challenge Packs, and then anything on top of that will be a bonus.

Exactly my point of view. In secret, I hope for the GOTY, when it launches on Steam, maybe with a version of all games in one box. But until then, lets enjoy challenge packs.

Most of all, I want FREE Christmas themed Whittleton Creek Event
And maybe some bonus campaign with a low price

Great idea, I’m on board with this.