Yeah, so I just completed the mission to 100% except for this little achievement. I have no idea what happened, but it happened, so I wanted to ask, whether that is already known, happened to someone else before or is something new and how I can fix it (because the reward is impossible to get otherwise). 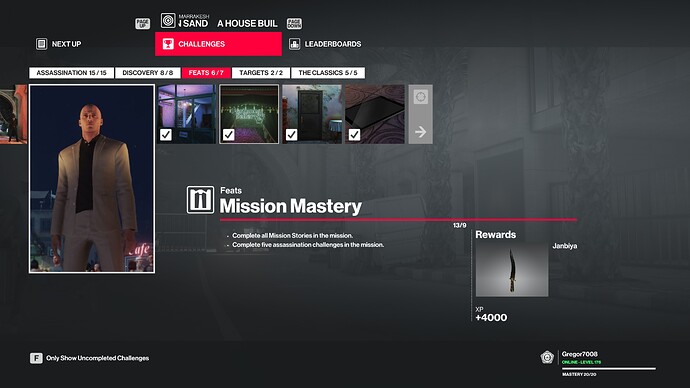 This was a glitch that was around for a long time in H2 that was supposedly fixed in a patch from October 2019* (though clearly not since you’ve run into it now in 2022). A bit of Googling shows that around this time people were doing the following and then the item was unlocking despite the tracking in-game being completely broken:

I did the bodyguard disguise and Mendoza escort mission stories, with the shisha pipe poison double kill, and it unlocked when I exited the mission.

Edit: *Looks like the patch notes for October 2019 were updated to say that they would provide an update in the November 2019 patch notes as the fix didn’t work for everyone, but it doesn’t look like that ever happened looking in that blog post.