A poorly done map of (hopefully) every location mentioned in WoA 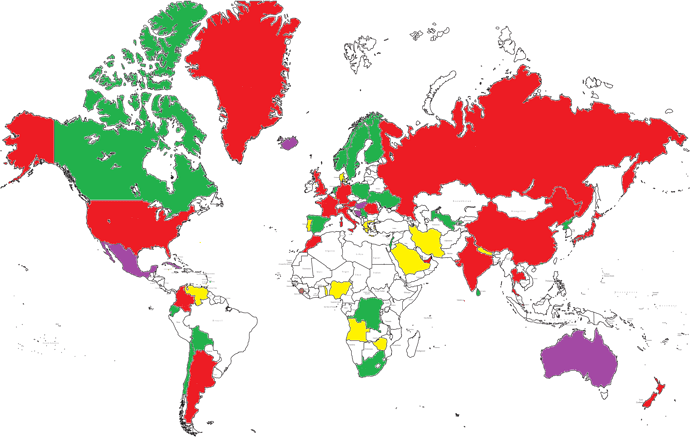 There was once an operation against Hamsun Oil in Reykjavik, Iceland.

Many people took part in creating the soundtrack of the trilogy (most notably: Niels Bye Nielsen, Hans Zimmer, and Geoff Zanelli), and the creator of the Hitman 2016 Main Theme was Jesper Kyd and the Budapest Symphonic Orchestra in Hungary.

Australia and Cuba weren’t really locations, since 47 never actually visited them - maybe they belong in the purple category?

Yeah, I should make it purple. Bosnia and Herzegovina should also be purple, because it wasn’t necessarily a location, the Sarajevo Six missions only revolved around it. Thanks for reminding me.

You left Hokkaido white, but the rest of Japan is red.

I don’t know how I didn’t notice that, I guess I was tired.

What mission took place in Russia? I know the ICA test was “set” in Russia, but didn’t it really take place at the facility in Greenland?

That’s right. Totally forgot about that one.

Don’t sweat it, everyone forgot about it.