Add all achievements in WoA to H3

They aren’t in the EGS and Steam versions of H3? That’s strange, cause I think all of them are retained on the PlayStation version. They all popped up for me as soon as the progression carryover kicked in. I guess PC works differently.

They are listed as ‘DLC trophy packs’ here. Just need to scroll down a bit: 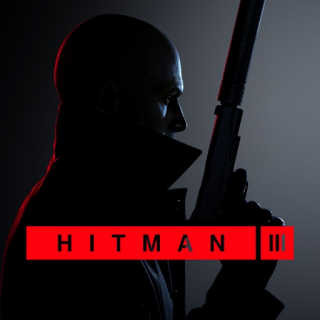 The trophy list is incomplete on PlayStation as well. The old locations used to have six or seven trophies each. In H3 they only have two: one for completing the mission and one for reaching Mastery level 20. They didn’t put in the ones for completing certain kills/mission stories and completing escalations among other things.

Oh I see the problem. I was wondering how come there’s no legacy achievements on PC. Perhaps there’s a limitation for game developers to add them, something like Microsoft and Sony don’t want them to give away too many points. Now I am wondering what’s the game with the most achievements/trophies to obtain.

A lot of those location trophies involved triggering special easter eggs, secret exits, or just a specific challenge in a level (shaving mumbai)

A lot of it would have just required to follow a guide, or was generally redundant as a trophy given how simple some of the challenges could be. I think it’s good that they decreased the amount of it, and cut out the fat.

Aside from the streamlining the lists, the DLC was handled differently for H3. Where before each location was its own DLC file, in H3 there is only the 2 games and 2 expansion files for the previous games. This may have been a factor with the number of achievements/trophies that could be included.

It was most likely done this way to allow for auto-unlock if one imported their previous saves. I am glad they did this, instead of going through to unlock everything again.

What bugs me is the inconsistency. They “cut out the fat” with the Hitman 2016 and 2 achievements in Hitman 3, but Hitman 3’s achievements themselves have a lot of “fat” with many being the same as challenges.

I don’t know why H2 in steam version includes H1 achievements, but it is deleted in H3.Many achievements seem very interesting to me.So as most of us think, the launch of H3 is a disaster. The success of H1 and H2 has not all been brought to H3, although H3 has made some progress.

I don’t know why H2 in steam version includes H1 achievements, but it is deleted in H3

Because IO didn’t decide to remove some of them until H3, so of course they’re not going to magically vanish from H2.

The removed achievements are fine tbh. Some of them were incredibly stupid like “use an agency/stash pickup point in [location]” or “Complete level 5 in an escalation set in [location]”. They won’t be missed.

Silly ones yeah, I won’t say anything for their vanishing.
But I wish that the fun achievenments could be remained in H3 like “Meet with Agent Smith in Hokkaido” or “Release the Pink Army”. They are interesting tbh.
Howerver… if they are added later I’m afraid those who had already finished the carry-over procedure wouldn’t get the new achievements unlocked automatically (there might be some technical issues…)