What game do you believe represents Agent 47’s prime within his assassination career - when he was at his absolute best? WOA Trilogy? Blood Money?

WoA. I think the increase in the number of possible accidents and outsourcing is directly proportional to how much 47 has refined his craft. While a few scripted accidents were possible in the first three games, the emphasis was on traditional methods of killing with guns and knives and bombs and such. Blood Money stepped up the accident game, but it was mostly just 47 taking advantage of targets standing near edges or under heavy objects; the focus was still mainly on fiber wire, poison, etc,. Absolution took the series forward seven years and 47 had clearly practiced more accident scenarios, and the game let you kind of divide the kills evenly between accidents and murders, including a single case of outsourcing that was simply brilliant. Then, WoA took it forward another seven years, and other than Edwards in the Carpathian Mountains, it’s possible to do nothing but accidents and outsourcing for the entire game, including sniper maps.

So WoA is definitely 47 at the top of the assassination game. Other hitmen, even pros like the other ICA agents, were already leagues behind him in just the earlier games when 47 used almost nothing but weapons, but by this point in the series, 47’s on a whole other level that’s orders of magnitude beyond even the best hired killers in history. I don’t think it’s possible for anyone to match up with him at this point, even other super soldier hitters. Grey himself even said that nobody ever came close to him, so 47 just has a state of mind, a way of thinking, an ingrained instinct for being able to kill that no normal or enhanced human can match. Even as a child he was the best. It’s like a sixth sense for him, it’s in his blood. 47 is to killing what a saiyan is to fighting; it’s a talent that defines everything he is, and by this point in his life, he’s limited pretty much only by his imagination and the laws of physics… and I’m not so sure about the physics.

Its Codename 47 where he earns his status as a Legend.

And Silent Ássassin for completing all those suicide missions.

it’s in his blood.

Reminds me of this concept art: 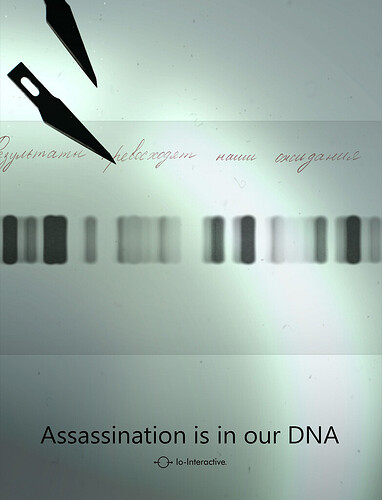 and other than Edwards in the Carpathian Mountains, it’s possible to do nothing but accidents and outsourcing for the entire game

It’s been a while since I played Untouchable, but I remember one of the windows in Constant’s cart being useable as a dumping spot. Throwing unconscious Edwards out of it counts as an accident to my knowledge, at least by the game’s terms.

Or you could keep the rule of killing only with proxies and accidents by not killing him in the first place and instead stabbing him with the serum.

Well, assuming wiping his memory is the canon event, and I personally think it is, it’s nebulous on its definition of “killing” Edwards. So, I decided to declare it the exception to the rest of the trilogy just because of its questionable definition.

it’s in his blood

Reminds me of this concept art:

Both of you are correct, but its still Codename 47 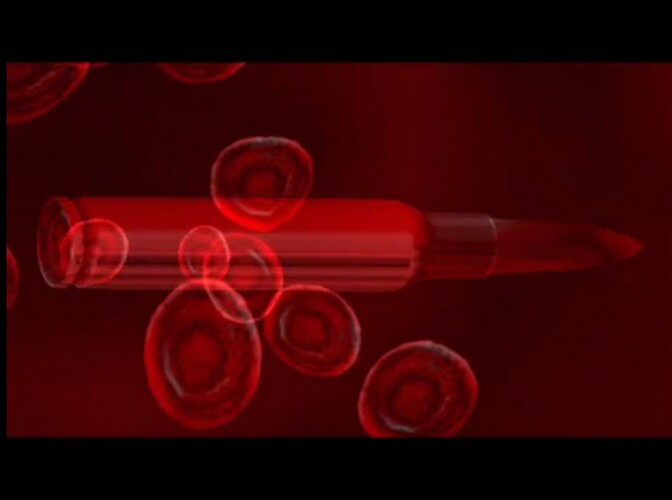 Ok, you can make the claim that Codename 47 is the best game because that falls under the category of opinion, and truthfully it does still hold up as having the best story, but c’mon man, you really gonna say 47 was at his best in his very first outing into the world as an assassin (setting aside the practice work he did for Ort-Meyer as revealed by H2)? He was still just killing with traditional means and weapons, with only a single accident kill in the game, and it’s clear as the games went on and technology allowed us to do more with the character that the character was also growing and finding newer, less obvious ways of killing his targets and growing his reputation as he gained more experience with the world and how to manipulate it. 47’s doing stuff in WoA that would have never even occurred to him in C47 and physically he hasn’t lost a single step. Are you really gonna stick with the first game as his prime, career-wise?

Its not an opinion, it’s a fact

It’s a fact that it’s an opinion.

i might be mistaken but i seem to recall the initial premise of woa is that 47 starts it at the very top of his game.

Starts it as in he’s already at the top of his game n the ICA Training Facility, or starts it when it’s actually the WoA storyline in Paris (or the bonus missions that take place before even)?

WoA is 47’s prime. You could say he was still learning the ropes prior to the trilogy, was too young and cocky…and he was a total mess in Absolution so you could cross that out straight away.

Nowadays, he can scope out areas, pick out accidents and determine mission stories which was less so a feature in the older games, where he never went without his Trusty Fiber Wire and Silverballers™️. 47 is more creative now basically and it’s where he thrives. The game is also more forgiving with its suspicion meter now so you could chalk that up to 47 being more skilled at stealth if you wanted to.

And while you might argue that he needs Diana to succeed, (I mean, he does) he can still hold his own - just look at how Berlin went.

It seems with each new iteration he only gets hotter and more skilled.

I don’t see how he was “a mess” in Absolution, considering he pulled off kills in that game that put most of his prior kills to shame. I don’t think he was necessarily “young and cocky” in the prior games, but he was still kinda learning the ropes of society during that period of the first five years of his career. By the time of Absolution, and then definitely by the time of WoA, 47’s in top form and knows how to manipulate the world around him so that falling back on using his weapons for traditional kills is more of a last resort of opportunities to set up something intricate don’t present themselves.

Starts it as in he’s already at the top of his game n the ICA Training Facility, or starts it when it’s actually the WoA storyline in Paris?

i just remember the post-absolution open letter from io said so. i double checked and it said:

In the next game you will experience a globetrotting Agent 47 at the prime of his career – the apex predator stalking his prey across the world, with the support of his long-term handler Diana Burnwood and the whole of the ICA.

It’s a coin flip between Codename 47 and Silent Assassin, mostly because he was still climbing up the ladder to become an urban legend. While I like the way he’s portrayed in Blood Money much more, him being too arrogant and taking more dangerous assignments, he gets the unwanted attention of Cayne and the Franchise.

I would say HITMAN silent assassin the game became more refined and they did a really good job casting the light over 47s personality,
the music they did for the game gave it a fantastic atmosphere it is just unforgettable.

the music they did for the game gave it a fantastic atmosphere it is just unforgettable.

Yeah I loved that, but then I also loved the dark atmosphere in Contracts as well. Hitman 3 gives me sort of Contracts vibes with its darker tone compared to the other WOA entries.