Am I tripping on a drug or drugs, or did there used to be a narration to the freakin’ death of a showman tutorial openin’?

I could have sworn deep in my mind a memory existed, one in which there was narration in the game’s first mission.

It would surely be played at the mission’s beginning, on top of the dock the in the menu-ish screen, at the start once we’re given the reigns.

But now when I play on my PlayStation 3, the downloaded version, HD trilogy,

I go to play death of a showman and see that there ain’t no narration at all.

So then what was this memory lingering into me? Was this just a thing on the ps2 entry?

Was it removed from the trilogy’s version? Does anyone else remember this or am I the only person?

It’s definitely on the PC version, but I have no clue about PS3…

Narration? Eh… Diana briefs you on the who and why you’re there. But this is just going by a YouTube vid posted from 2009.

If you’re not thinking of Diana, then who would it have been? 47?

He’s talking about the tutorial hint screens you can bring up during the mission. Those are voiced by some guy iirc. Precisely! But they are not in the HD trilogy edition on PlayStation number 3.

No that isn’t it. It’s like a random nerd voice narrating the tutorial guide. Like he says “welcome to the hitman blood money tutorial, The tension bar is in the bottom corner, press the X button to do x, etc. etcetera. &c.”

I just looked for a PS2 version vid on YT (it was - gritty graphics and all)… And it seems to be the same as the PC… Except the voice isn’t as clear and the text (etc.) is larger. 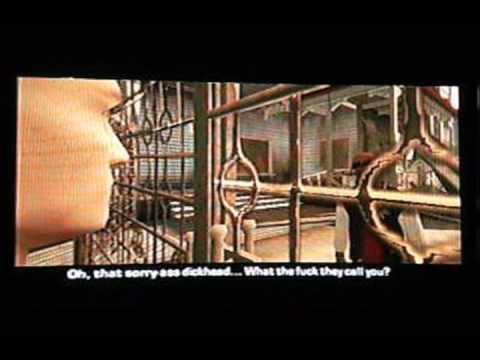 I don’t know how similar it is to what you were thinking. But it seems to be pretty in-depth.

If it’s not familiar - then it’s possible you were/are misremembering, or associating some other voiced-over tutorial with the one from Blood Money.

Edit: Because I doubt they’d have an updated version or new game disc.

Or could it have been a beta version demo disc?

(I have no clue if there actually was such a thing - but if it is that different -I’d think that’d be the most likely reason).

Yeah no it looks like I am remembering perfectly. That’s exactly what I was talking about. That voice is not present at all in the PS3 HD version. It simply has the text with no voice, like the previous games had.

Yeah they removed it for the HD Trilogy (SA, Contracts & Blood Money) and the HD Enhanced Collection (Blood Money & Absolution). It’s still there on the original stand alone PS2 & Xbox 360 games though.

I always thought it was one of the developers from ioi who narrated that!?

Press X to get called a cracka

And Y for White Bread.