Hello I do not understand why using the torchs as I have finished 100% of this destination without illuminated the places. Any ideas ? Thks

If you do not own Jarl’s Pirate Saber, you have to use the torches to light all of the braziers. Doing that spawns a treasure chest that contains the sword enabling you to complete the buccaneer-related challenge without owning Haven Island.

Edit: You can actually dig up a saber in the Colonial Ruins too.

Torches can also be used to ignite propane tanks, set off cannons, or light oil (for style). You can also light the big one with one. A fair few potential uses.

Now this is amazing and funny video. I haven’t seen it before. Great great job you did there.

I am amazed that even as a free mission they added a lot of new objects the wooden Torch, the durian, the hook and the molotov.

The torch isn’t new isn’t it? There was one on Sgail to light the big phoenix thing.

Yes but it is a different model!

There is a lot of complaints about this level being too dark in places. Maybe that was intentional and they were expecting people to use the torches to actually see, adding a certain vibe and flavor to the level (aside from Easter Eggs). IO do think along those lines, believe or not, they think a lot about vibe and presentation. Not saying the torches are used like that though.

Also — less cynically speaking than realistically and forward-thinkingly — remember that these guys are making a new game, and that new game is FOCKING Bond.

Simply observing as a non-programmer person, I feel like I can still tell that throughout H3’s life there have been a lot of new in-engine or in-game experiments.

They need to nail Bond, and it wouldn’t surprise me if they were using every opportunity available to test new systems. It’s not often that we get a portable lighting object in Hitman … perhaps this was one way to experiment with their engine and see what it’s capable of? Or am I speaking out my ass here?

I tell you, if I could bring a torch with me into some of these past levels… holy moly.
Actually, the Molotov does kind of work as a mini torch…

And in Mendoza to light the Asado pit. They all have the same functionality as far as I’m aware, I remember using a torch to kill Corvo Black with some propane in a contract.

Ok Wolfhawk, is there a clue in the game that indicates that you have to light all the braziers to be able to find the sword ?

If there is, I’m not aware of it. There is one brazier right next to a pirate’s grave, which is where the treasure appears when you light all 4 braziers. I didn’t work it out, but it’s a reasonable assumption to make that lighting the braziers does something (when playing a new map I think most people would suspect this). I actually own the sword and found the chest with the Buccaneer disguise in it, so I didn’t go looking for a sword.

there’s an easter egg about it.
they can make a challenge that ask us to use the torches to light all of the braziers. I don’t know why they didn’t. As I say many times, there is too few challenges in Ambrose. 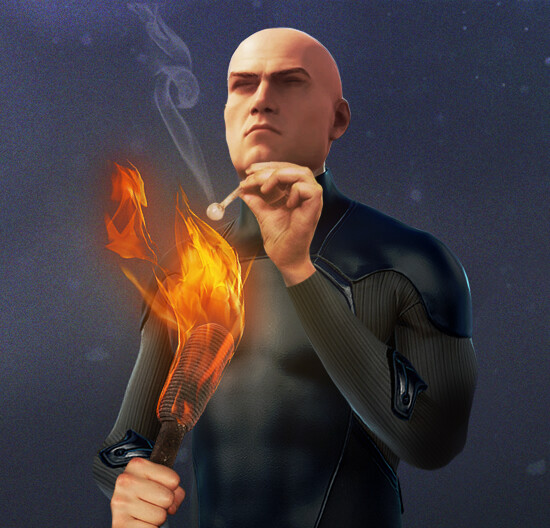