Anyone else worried that Project 007 will make the Hitman franchise redundant?

As per the title; do you think IO will abandon Hitman now that they’ve got a similar, more popular franchise to make games for?

As an IO fan, I’m glad they got a big name franchise like James Bond, but as a Hitman fan, I’m a little disappointed that this may be the end of 47.

We don’t actually know how Project 007 will play, but you can bet your house that it will borrow heavily from Hitman. 007 will likely have the same gameplay engine and share a lot of the mechanics from our favourite bald-headed elimination simulation: sandbox levels in swanky, exotic locations whilst you infiltrate and do spy stuff. Bond and 47 are, on the surface at least, quite similar.

The Bond name alone will also mean that Project 007 is likely to sell far better than Hitman ever would. If 007 is successful, IO may make a trilogy of it, which would take up their time for many years and completely supplant the need for Hitman.

The impression I got from Hitman 3 is that IO only did it as they were obligated to finish the WoA trilogy. That they were ‘over’ Hitman and wanted to fully devote themselves to 007. Again, this is all speculation and I hope I’m mistaken, as Hitman deserves to shine bright with the best of them.

What does everyone else think? Am I just being paranoid? 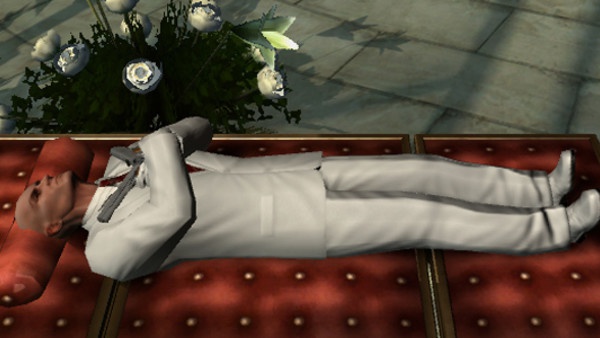 Eh, while can have alot of similar gameplay vibes, I do think Bond comes with it’s own set of baggage and what players expect (perhaps more on the action side). Plus there is also chance that with MGM this would be a timed license as with other movie franchise games.

The James Bond license would have a lot more restrictions and checks with the many owners of the franchise so I don’t think they’d be as free to go as experimental or add as much post launch content (since it’d have to go through a lot of checks).

I see this as a nice way to expand their portfolio and get more funding and not a long time thing. Hitman is their baby and they have full creative freedom with it.

I could be wrong, but I remember hearing that devs of the Quantum of Solace game were given some sort of Bond handbook filled with rules they had to follow. For example, they wanted to add a homeless person to a level for world building, but werent allowed because the book said there there were no homeless people in the Bond universe.

Of course IO won’t abandon their baby, 007 is a huge opportunity and just like games they made previously (Kane & Lynch, Mini-Ninjas…) It’s a one time thing (or more) but they’ll surely continue the Hitman series and this 007 experience can only bring good things to the table

As per the title; do you think IO will abandon Hitman now that they’ve got a similar, more popular franchise to make games for?

No, I don’t think they will. We need to remember that IO doesn’t own the Bond video game licence. It’s still owned by EON, just like EA doesn’t own the rights to Star Wars videogames and now multiple publishers are creating Star Wars games, like Ubisoft. The same can easily and will likely happen with Bond. I wouldn’t fear for the future of the franchise.

What I find likely is that IO will take a break from Hitman and I personally hope they do. Give the series time to breath and renew itself.

No they will not abandon Hitman.

However it’s clear now that they’re focusing almost all of their resources into the new James Bond Game franchise, which is very worrying for HITMAN 3 content and updates

This last installment of the trilogy deserves more caring and dedication than that, no matter how promising and successfull the new 007 game will be.

Now that they have made great benefits with the game and even opened a new studio in Barcelona, it is more possible than ever to finish what they have started in 2016 by making this third and last installment of HITMAN the best of them all

Ideally Bond is a success and maybe they do another one and, before too long, they are back at the hitman franchise.

I’m more concerned about what this Bond game may look like. I am mainly unfamiliar with James Bond as a concept, apart from knowing that it’s some sort of spy series with Judi Dench.

If a video game were to be very similar to Hitman, I’d consider playing it. Certain ‘sandbox’-esque games though, like Mafia, have proven to be not so much sandboxes as tedious linear experiences. These mistakes can be quite expensive!

She played Bonds boss from the first Pierce Brosnan film in ‘95 till Skyfall in 2012. She was the 3rd person to play M and now James Bonds boss is played by Ralph Fiennes.

I don’t think 007 will be sandbox on all levels but I am very hopeful for a few sandboxes. Maybe even a level where you have to eliminate a target that plays the same as any hitman level. I am expecting some linear levels and some sandboxes. The KGB building level in the most recent call of duty comes to mind for how some of the levels could go. Many ways to get to a certain point and then linear for the end. Something like that. I also wonder if there will be flying or driving levels. Most Bonds have featured some sort of vehicle level. Sometimes done well and other times not at all.

A sequel to IOI’s violent, edgy and realistically depicted shooter starring the 2 iconic immoral assholes, Kane and Lynch, would be awesome. I know everyone hates the series but i enjoyed it cuz i didn’t have high expectations in the first place and the gunplay was satisfying enough.

I don’t have high standards or expectations for any games. I’m never hyped or excited for anything really. I try out different games and sometimes i enjoy them and sometimes i don’t. Second games visual aesthetics were also cool as hell.

Kane & Lynch III with euphoria physics and intense, chaotic, uncontrolled firefights would be so awesome. With Lynch snapping and suffering his psychotic episodes in the midst of all carnage. 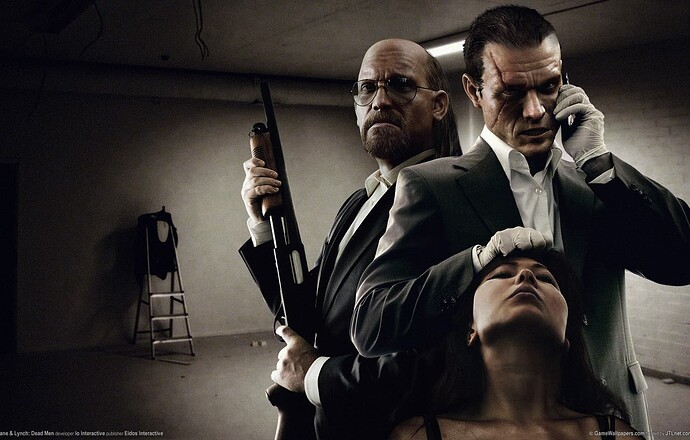 I have never played Kane and Lynch but I must say I find that picture very disturbing.

umm its just IOI official artwork xD. and the first game isnt that disturbin at all. its a very mediocre, bland and forgettable third person shooter. the second game has a lot more atmospheric and artistic design. it plays and feels like some 90s/early 2000s snuff film/amateur documentary with a shaky cam and distorted visuals.