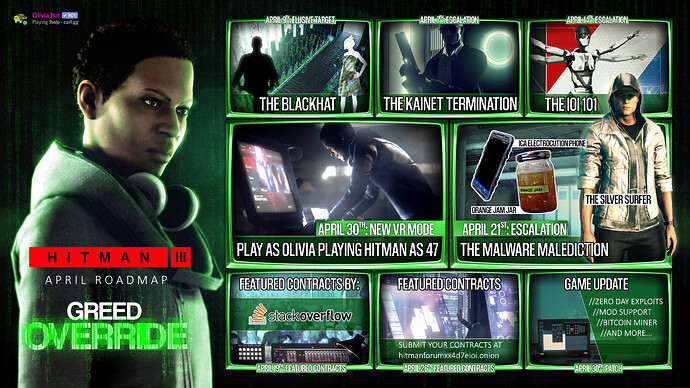 Nah it’s the 1st of April

Is this a April fool joke? If so, good one!

Especially about the e-phone! I almost got triggered!

People will have a hard time believing that this is real. Well, you best believe it’s real.

Sigh… I hate April 1st! Do like that you tried to trademark the word “good” though!

Really? I dont know what to believe anymore

Great April fools bit, Urben. You had me for a couple minutes.

Due to the backlash of the name Seasons of Greed confusing people, the Seasons have been scrapped and we’re now back to calling them roadmaps again. Since people were worried that you had to pay for a season, without realising that season = roadmap.
But, that doesn’t matter anymore, roadmap is a go.

Trolling us hard with that electrocution phone. Well played!

You’d have bamboozled me if it wasn’t for the Electrocution Phone. The moment I saw it I knew it was fake.

Great stuff Urben!
The Electrocution Phone was the one that gave it away, because honestly, all the other stuff looks like it’d make for awesome content.
So even with this being a joke: high expectations mode: ON

I was about to belive it until I saw the electrocution phone. That gave it away a a joke without doubt.

That VR mode really got me

It would be nice to unlock a hacker type outfit, it was one of my favourites from Hitman 1. Not sure how it would function though… would it be a ‘suit’?

Not sure how it would function though… would it be a ‘suit’?

It will work similarly to the Blue Flamingo suit. It will have the appearances of a hacker outfit,b ut will be counted and function as a suit.

but nicely done and I like the outfit, I’m kind of disappointed that we will not get it

Interesting… What about on Colorado, would it have the hacker’s access to the farmhouse?

I was fooled! The VR and phone got me as well.
First April Fools prank I’ve fallen for in a long while!