Maybe it’s “new” in functionality and does something fun like makes the victim of its bolt follow the next person around for some time, or dazes them for a time period???

I’ll be bumping my question once more here, seems a few posts before that were either deleted or flagged. Not sure where exactly this should go but ah well.

I remember a few years ago Hitman 2 had their last roadmap, and people were quick to viscously compare it to being buggy, little to no ETs, and by far the worst game people had experienced. Now, we’re at the point where they yearn for the previous game all because someone didn’t like paying extra for stuff.

I’m not saying Hitman 2 is more justified than Hitman 3, I’m not even saying it’s justifiable; but why is it when people want to settle for something “better”, that “better” was actually opposably worse?

These are just my opinions… I think a lot depends on entry point. For those of us who were invested in Hitman 2016 from the beginning (probably having pre-ordered it too), it set a new standard of excellence, not just for the Hitman franchise, but for video games in general. Hitman already had a long established and loyal fanbase, but I’m still a firm believer that the episodic model brought many more fans into the franchise and established the foundation of the Hitman community we have today: The eager anticipation and speculation for upcoming maps and the collective playing and discussions as new maps released. Add to that IOI’s involvement in the community. The strength of connection between the player base and IOI was strong. That was almost unprecedented in any other gaming franchise and felt very special.

There is little doubt that Hitman 2 added some polish to the game, but things began to feel very different. The day one drop of all maps meant that the buzz and excitement from the community for what lay ahead was no longer present. Yes, we did get two new maps via DLC, but what we did get could not possibly compare. It’s not to say we didn’t get a game that was as good in many respects, and we still had IOI’s community involvement, but we got a different experience. Fortunately, @Frote7’s community was established, which means that much of the magic has been kept alive.

Fast forwarding to Hitman 3, we got a beautifully crafted AAA video game, but everything about it feels more like a normal video game experience. That magic we all remember from the previous two games is not present. Again, this is just my personal opinion, and I’m fully aware that nostalgia can be the enemy of objective reason, but based on my chats elsewhere with hardcore Hitman players I hear similar sentiments.

I have a request for anyone with access to ansel and can record stuff in Hitman…can anyone record a few shots of different security cameras being shot and destroyed? maybe even one clip of the main security room camera box-thing being shot at? it would be a reference for an animation.

hate to ask, but i only have access to the game on Xbox and the camera shakes when you shoot, which is hard to draw reference from. i could do a small doodle of anything you like

What, in you all’s opinions makes a good/interesting/fun contract? I’ve never made any myself, but want to try my hand at it, but I know the things I like might not be the most fun for other people.
For example, I like the stealthy puzzle aspects of the game and I hate time limits with a passion that burns hotter than a thousand suns, but I know some people like that stuff, so I’m really just wanting to know what you guys like in contracts?

There isn’t really a right or wrong answer to this. Different players like different contracts. But there’s this great contract creation guide by @Urben to start.

Then there’s this discussion where you might some answers.

For me it’s all about the contract itself. I don’t read the briefings. I like it if there isn’t too much waiting time for a target. Puzzle is always great. I don’t want to finish a contract on my first try. When I keep thinking about new routes or different ideas even after I’ve finished a contract, that’s the sign of a great contract.

A question to the german users!

Did you also find it funny that, when Diana and Grey said “Happy Hunting” to 47 it was translated with “Weidmannsheil”?

I mean, I know it is the average translation but couldn’t they just put a “Viel Glück” or something like that in the subtitles? For me, Weidmannsheil sounds like a hinter going out on deer hunting with his Dachshund and having beer afterwards with his hunting mates

Well, maybe 47 has beer afterwards with Grey and Diana, who knows

and maybe he also has a Dachshund.

I play with all English but it is indeed hilarious they used that word. Nobody I know uses it.

What does hitmanforun think of Deus Ex? From what I’ve seen it plays a bit like hitman, is it any good?

I have not played it but I know some of our members speak highly of it. I just went to see if it has its own thread on the other video games topic; it does not, but it might have in the old forum.

Are there many people here on the forum that are still holding off until Hitman 3 releases on Steam to buy it? I just bought Hitman 2 on Steam and I’m curious about how many people are still playing it.

And actually, now that I think of it, is it possible to get the season 1 locations in Hitman 2 if I own the game on EGS? I know I can just transfer them into Hitman 3 but I would like to revisit the Hitman 2 versions.

Are there many people here on the forum that are still holding off until Hitman 3 releases on Steam to buy it?

Personally I choose to buy it from EGS, i’ll buy the majority of my games on Steam and will continue to do so. When it comes to Hitman I didn’t want to sit out a hole year to experience the game and I’m glad I didn’t. It hasn’t really changed munch in how I play and view the series, I don’t ponder on the fact that it’s a EGS exclusive anymore, it occupied my thoughts a lot pre-release.

Are 47 and grey innies or outties?

Remember me to award you a Medal for being the only PC Gamer that isn’t a whiny bitch, if we ever meet in person

It’s a good thing he managed to escape from the Glorious pc gaming master race, I heard others weren’t as lucky.

the only PC Gamer that isn’t a whiny bitch 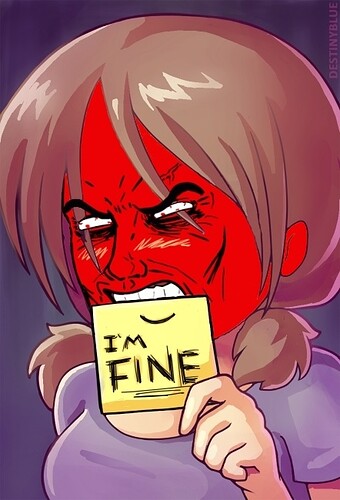 It’s a good thing he managed to escape from the Glorious pc gaming master race ,

Did Clemens say something about being able to switch menu music? I swear I heard him say something like that in the last IO Insider.