If there’s a single best Hitman video it has to be this, no doubt. In terms of music-y Hitman videos, it doesn’t get better than the ending of BedBananas’ masterpiece The Rise Of Agent 47: Came across these not too long ago. Very well put together, funny and entertaining. I haven’t found a part 3 yet, but hopefully this person makes more! (I really need to give my Refaced Mods a Trailer. There are so many Things I’d already do different now.) the best hitman video imo is this expansion pass review by @Dribbleondo. every few months i go back to rewatch it and i enjoy watching it equally as much as watching it for the first time. its just a very insightful, well made and neat video that’s fun to go back to even now. That reminds me a bit of the H3 Trailer, where they used that song… Champions of the Wild Side. I may be biased but I’m pretty proud of this one. remembered this trailer randomly. badass and no narrator! (not that a narrator cheapens trailers, but it’s more impressive when you can simply show, and not tell–let the work speak for itself)

Dozens of videos: This one with killer Catalina in Colorado shooting bikini babes is especially wacked.
Also, all the guards in the house are now maids except for the hackers with hoodies.
The dream of the lonely hacker – to live in a house full of maid clones.

lmao did not expect to see ljudmilla vetrova brandishing a gun

They already did, back in the golden age of Hitman 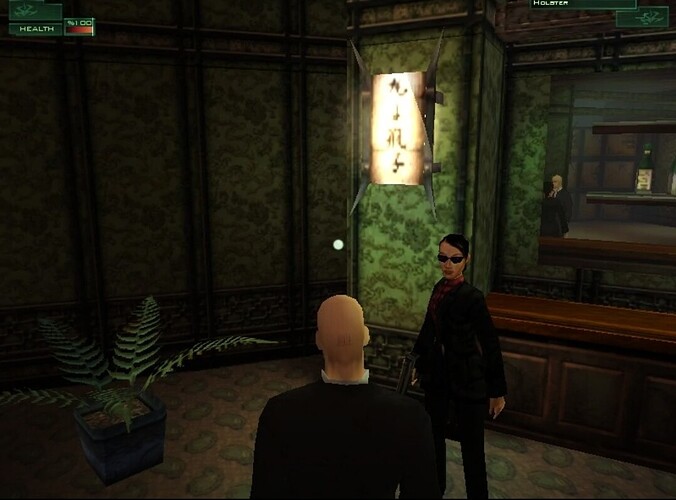 But jokes aside it would be awesome to have female guards and fat guards back, at least on higher difficulties (since you cant take their clothes)

haha yeah i feel like i remember you mentioning this before on the old forum! indeed, there’s a lot of cool things that could be implemented with them. not just equal representation of course, but it would make the game more fun

Yeah like replacing easy to get NPCs, like the waiter outside of the Palace area who goes to the dumpster smoking with a woman would be a clever and easy way to increase the difficulty of the levels.

Last time we saw female guards was in Absolution and there was only 1, near the end of the game

i forgot about charlie had women guards in hitman 2