I’m curious to know what people think on this one. Across the whole WoA trilogy, which do you think was the best unlock that is inherently lethal? Not ones that are a step removed from lethal, like clubs or emetic poisons, where you have to take an additional action after using them to kill the NPC, but the ones that, as soon as you trigger their action, the target is dead. This can also include reskins that perform the same action, as “best” can also include you thinking it so because it looks better than the other versions. Note that although some guns are not instantly fatal if there’s not a head shot, guns still count, because they are made to be lethal and if applied right, are instantly so, so it still counts.

For me, it’s a toss-up between the Silverballer, the concealable knife, and the lethal syringe (I can’t remember if the first syringe is unlocked or comes already available). These are the ones that you don’t get at the beginning that have become so handy to my play style when I decide to go for direct murder rather than an accident and I don’t want to use the fiber wire or ICA19. Love them.

You get 3x of them, never runs out of ammo and it’s easy to aim, even though the aim quite often unlock and throw besides the target, also you can slit their throat from behind like a knife while the regular shurikens don’t do that.

also you can slit their throat from behind like a knife while the regular shurikens don’t do that.

Whoa, I did not know that. I’ll need to give that a try.

I really like the Tanto. It’s fast, lethal, can be either thrown or used in melee, is silent, and can be concealed (unlike a katana). I did a run of the Wrath DLC (2nd level I think) where I only used the tanto and it was fun!

My go to in kill everyone challenges is the Striker/el Matador. A one shot kill pretty much anywhere at close ranges and even at long ranges it only takes a few shots to kill someone. It’s also surprisingly accurate at long ranges, it uses standard pistol ammo which is common on almost every map, and it can open doors.

Is it best or favourite to play with/around ?

ICA Micro Remote Explosive.
So many possibilities, from the direct to the distraction passing by the accidental (winch). Maybe the ICA Remote Micro Taser next to it, but it’s less fun to plan around. 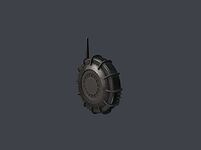 A close second, just for the original mechanics and the planning required if you want to place it in the right concealed place/bin : the RFID Triggered Explosive.

I remember doing a contract with the Sheikh in Dubai, made him take the coin, placed the explosive in the bathroom, served him emetic poison at the black gold bar, I was next to the exit when it triggered, Silent Assassin.

(Micro RFID Triggered Explosive, when ? Or anything with this kind of mechanics really)

Is it best or favourite to play with/around ?

Technically either, since it’s your opinion on what you think is the “best” lethal unlock, and generally, that’ll also be a person’s favorite.

For me, since the release of the crossbow, I gotta say it really made me try some dangerous kills with the combination of lethal injection. And I love it.

@MrOchoa , this how amazing the crossbow is. But the crossbow itself is not lethal; you have to use it in conjunction with a lethal move. This is about an unlockable item that is lethal in-and-of-itself.

I meant it with the lethal injection. So basically I’m saying the syringe is my favourite lethal item. I just like using it with the crossbow.

My two favs…
Chrome baller just bc I love the shiny silencer instead of black. Reminds me of H2SA.

The semi auto silenced assault rifle. Whenever I do my shoot em up playthroughs I tend to use this. There is no rifle with 2 or 3 round burst and I tend to waste ammo with full auto selected so I really enjoy the semi auto version.