If you’re going for sniper assassin challenges it’s honestly just easiest to have a sniper rifle in a briefcase and walk around the level normally. Just unpack the rifle for kills when you’ve isolated the targets

There are a few places I’ve found personally where you can pick off all of the targets from on some maps, but you need to move after securing a kill as the area will be investigated, then you simply just move back afterwards. I’ll post locations I found useful for you a little later, so I can take a few screenshots, but the one place I recommend is the rocky path in Mendoza by the lone guard. It’s a great vantage point on both targets, just make sure the lone guard is well hidden after you knock him out. 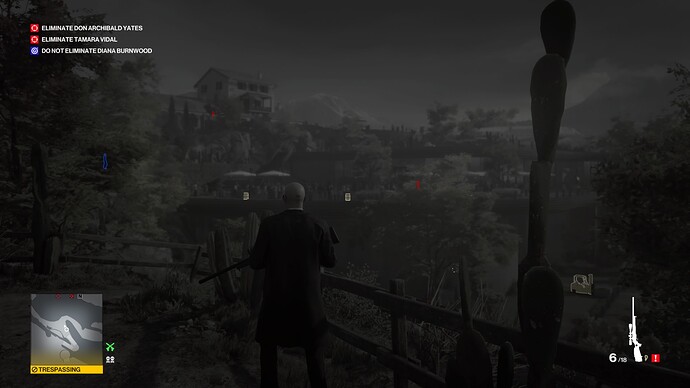 S31920×1080 165 KB
This is the exact place in Mendoza I was talking about, the only thing you need to do is wait for Don yates to walk onto the balcony. 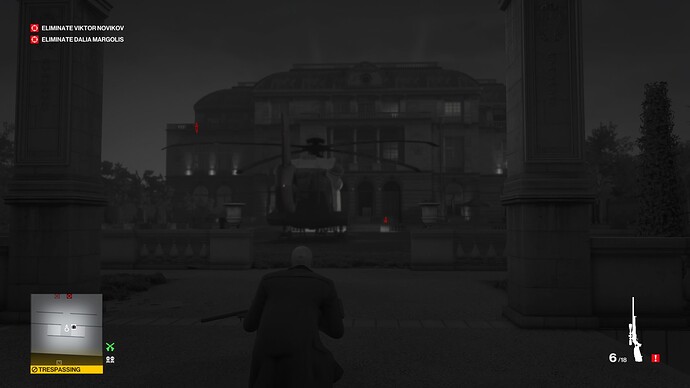 S21920×1080 127 KB
This is a excellent sniper position on Paris, all you need to do is use the fireworks remote and both targets will line themselves up for you. 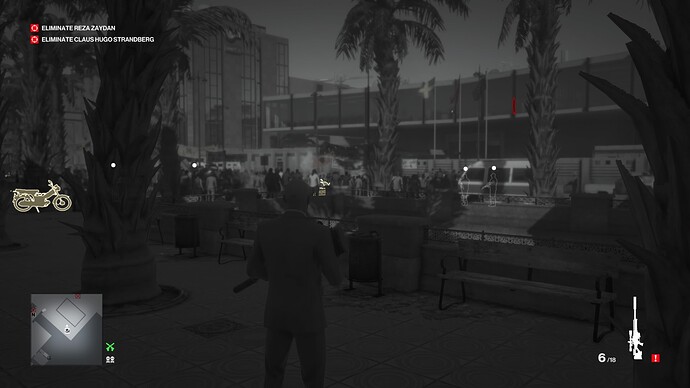 S11920×1080 177 KB
Not sure how well known this is but Marrakech has a huge blind spot by the consolette which is the best position to get Strandberg.

These aren’t all of the locations I’d recommend but I’m sure you can find some of them out on your own, the best way of seeing how good a location is, is by pulling out your pistol and seeing if anyone notices right away. Also for this, I recommend learning the full routing of each target so you know where their paths might cross with other targets. That’s how you learn about vantage spots like the Paris one which needs you to set up before hand or the one in Mendoza, which requires little skill but knowledge on the targets movements.

There is actually quite the few locations that are natural sniping-points in Paris (the Barge), Sapienza (the Ruins), Marrakesh (on two seperate house-roofs, across from both school and consulate).

Colorado has the water-tower, even though it is rather hard.

Hokkaido is a bit of a one-off, given Soders is in surgery - however Yuki Yamazaki can be assassinated from the mountain path.

In Hitman (2018) it gets a bit more difficult with natural spots. The only maps that have natural spots are Mumbai & Whittleton Creek (both needs to be trigged).

In Hitman (2021) there are natural spots in Dartmoor (roof-top near persistent shortcut) this has to be trigged however. Berlin has the radio tower, alas you can only eliminate three from there. Chongqing has an excellent spot (needs to be trigged).
Mendoza however has two natural points, them being the sniper-spot (which is also a unlockable starting position), and last but not least: the Mansion Attic, where you can take out both targets, but each from different windows.

the church tower in sapienza is pretty neat. you can activate the telescope mission story from there by shooting the box with the light on the outside and whack francesca when she enters her office.

The ruins are better tho, because of the virus. With the ruins you have a nice point of both infiltration and exfiltration of the Ether Lab.

As well as good vantage point to both victims.

The only thing with natural sniping spots such as the water tower in Colorado, the barge in Paris, treehouse in Whittleton creek etc. Is when you kill the targets you need to leave ASAP if the guards surround the sniper nest, you aren’t leaving with your sniper assassin. It’s why I never use the sniper nests, they are too buggy with the guards never standing down, even if you use a fully silenced sniper rifle. It’s always better to find a secluded part of the map with a clear view of one of the targets and use it. Another technique I use is just do a SASO run but shoot the targets with the sniper after knocking them out. Then you can get all classic challenges in one go.

I agree with those that you mention, however the rest of those I listed are pretty fool-proof.

I’ve done quite the numbers of sniper-runs throughout the trilogy, and appart from those you listed I’ve never run into problems.

As a general rule, you should always be quick to exit from a vantage point however.

Yeah, I agree, the ruins in Sapienza are an excellent vantage point as well as the sniper roof in Chongqing but I just mean the “Sniper nests”. Another good one to mention that always bugs out is the radio tower in Haven island. They managed to fix the bug with the berlin sniper tower but only because there are two ways up one of which can be accessed by guards.

Haven is awful, but doable. You just have to climb down after each kill. A bit of drag, but works.

Honestly getting the targets to all meet up in the server room is the best one for that map, just knock everyone out in there beforehand and remove all the guns apart from one and you are set, a lot of planning but you can get SASO at the same time that way.

i think it’s much of a muchness.

from the church tower, you’ve got access to a disguise, a key card and - i think - the dongle in the mortuary next door, two easy access points a short walk across the beach, and, when the guards inevitably come to search the tower, you can duck into the mezzanine without much trouble.

I will say when I did Colorado which I might make a post about me ranting about the location I got swarmed by guards I luckily made it out but first why is the entire level a hostile area I’m not even in the farm yet?

Because of the private militia, dude! Those guys are not used to ask even one simple question upon spotting an outsider on their area.

As general advice, I’d avoid sniper nests that have one way in/out. You’re likely to get guards storming your location if anyone sees a target die, as they generally hone in on your location.
Colorado for example, the water tower looks like the best place but you’ll constantly get pinned down unless you climb down quickly each time. I did Sniper Assassin from Sean Rose’s room, as it has a cupboard to hide in and wait things out, not to mention it has a few ways out so you don’t bump into any guards that have come running.

Exceptions are if you can guarantee that you’re taking a target out with nobody noticing (Margolis in Paris for example, as she specifically stays out on the balcony by herself)

I think the guards will only chase you if they see you shoot the target. If the guards only see the dead body then they won’t come after you

That’s not necessarily true; whenever guards have come running while I’m up the top of a ladder ie Colorado/Haven, they don’t ever seem to give up and go away, as one tends to fire up there (they haven’t spotted me at that point) and they just seem relentless. If you climb down and stay out the place the shot came from, they give up and go back to normal a lot quicker