Originally by Erfan_Hayeri (but with a different motive), This is the place to share concepts, opinions and rants about the briefcases throughout the hitman series.

Just had to say, the mk III briefcase strongly reminds me of one of the bm cases

there should’ve been at least 2 types: a small one for random items as well as sniper rifles that can be stored in parts and a bigger one for everything else. basically, the blood money system. i miss the times when euclidian space was relevant)

I’m fine with the current version, It’s much more useful and versatile

but there is absolutely no differences between briefcases you can bring and the ones you can find on a level. and even though i can suspend disbelief with the infinite inventory, seeing 47 fit an object into a container smaller than that object is too much

Meanwhile, a huge ass pantry only fits two bodies when you could’ve squeezed in a few more!

well, that’s just for balance’s sake and i never had an issue with that

hold the front porch: there were different kinds of briefcase in bm?!

yes. first, you had the one you could upgrade. second, you had the usual leather or whatever briefcases found on maps. third, you had the long ones that could hold weapons like fn2000 or svd

now that you say it, it all makes sense.

There are different briefcases, the 1 with number 2 on it is different than all the others

could you please go into details?

The mk2 with the giant sticker on it has altered physics. It’s a joke by IO from when the physics were messed up on all cases. Players liked it so much that there was some backlash when it got fixed. So now the mk2 has the slow flying case. 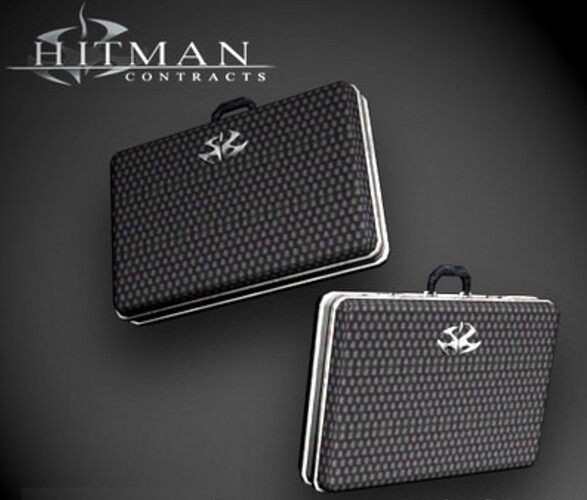 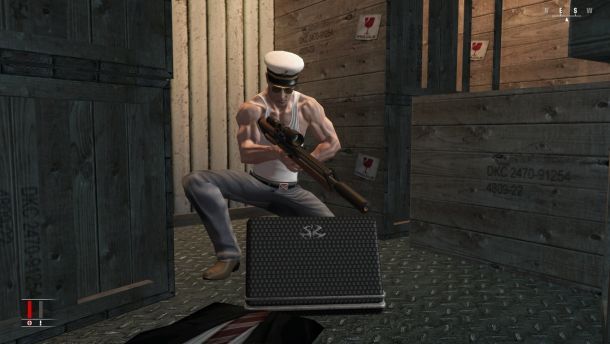 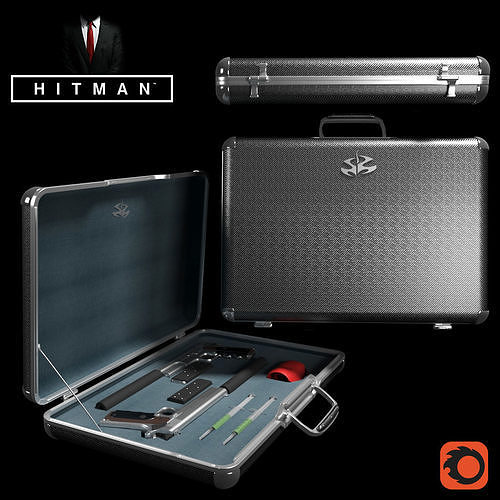 I had some projects going for a briefcase replica especially the one from Contracts but modernized. 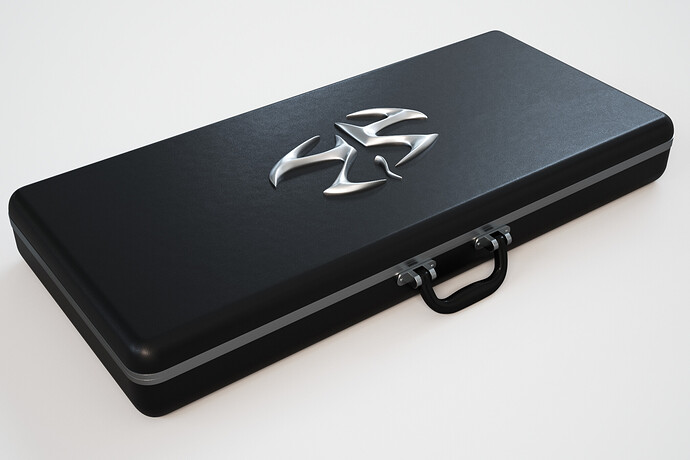 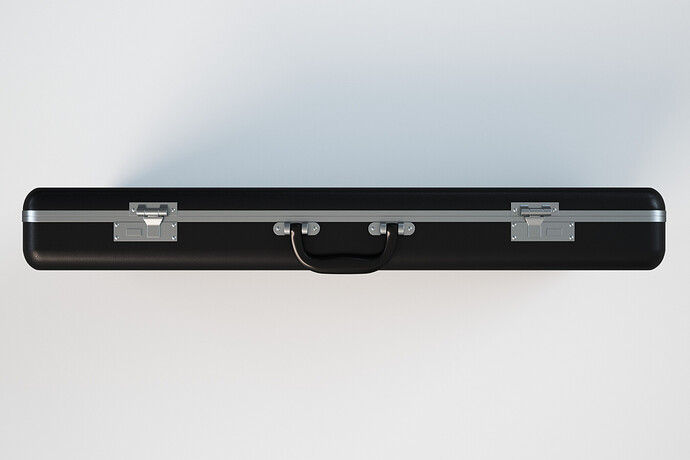 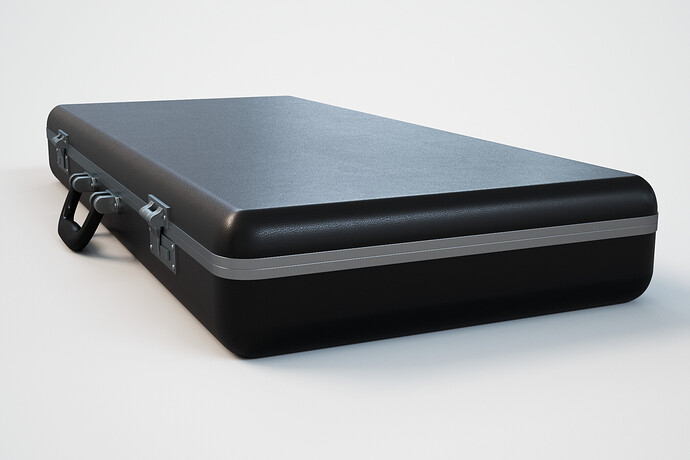 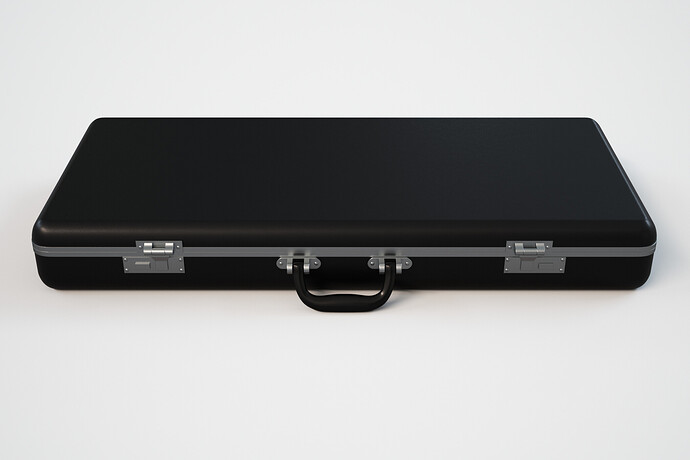 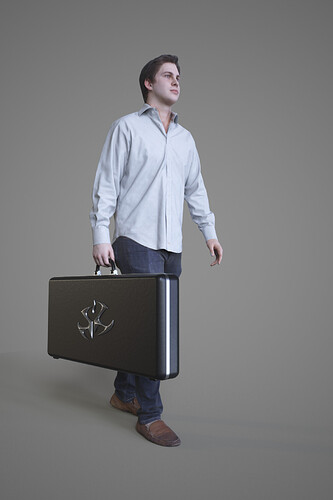 Logo inspired from the Hitman 2 Silent Assassin briefcase seen in the cutscene when he returns to his killer life. 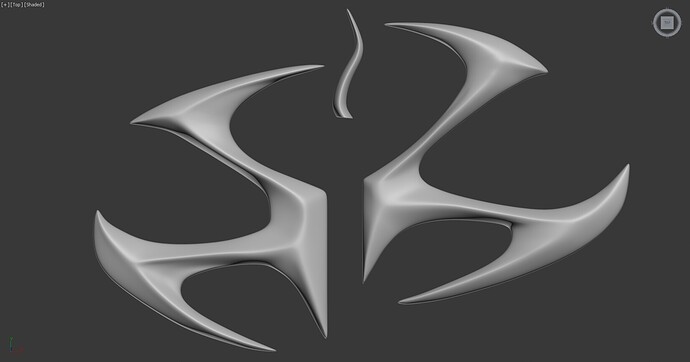 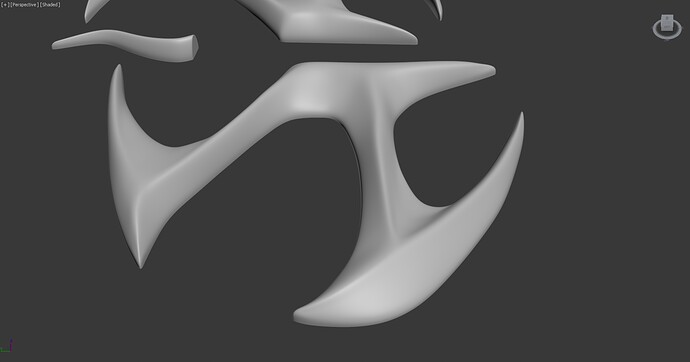 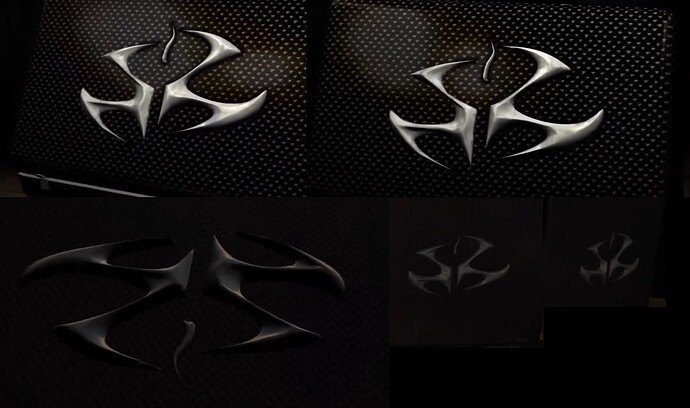 This one is the classic from Hitman Contracts trailer. The one where he prepares to kill the target.
I got every single detail made right. Keep in mind they are just rendered files for a future project that I still want to make. 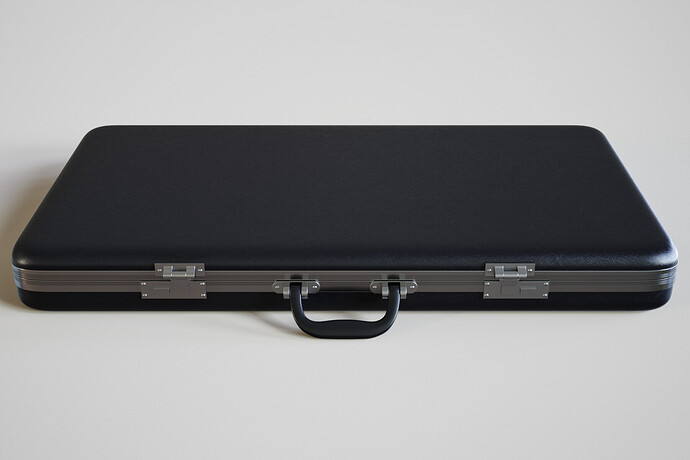 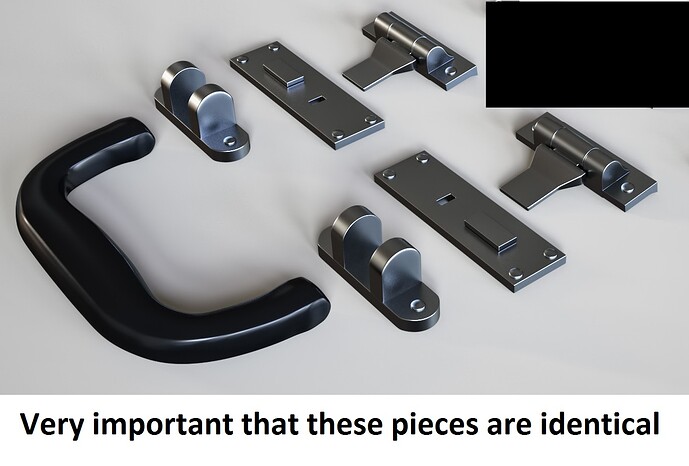 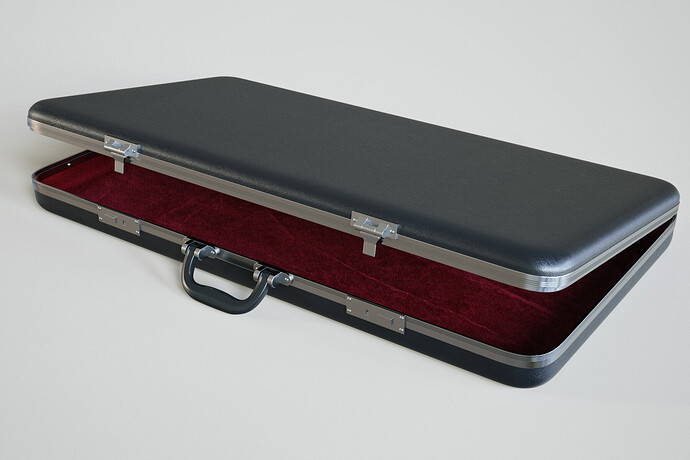 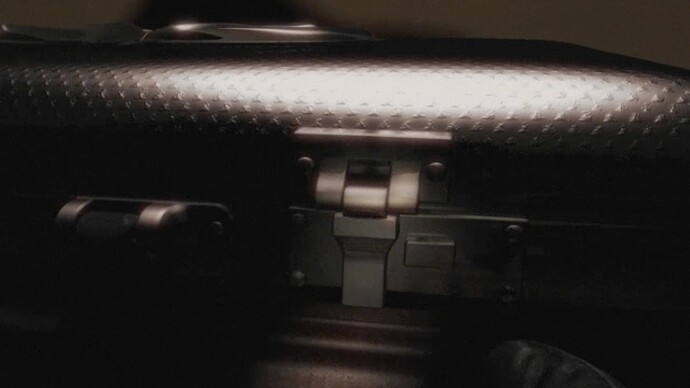 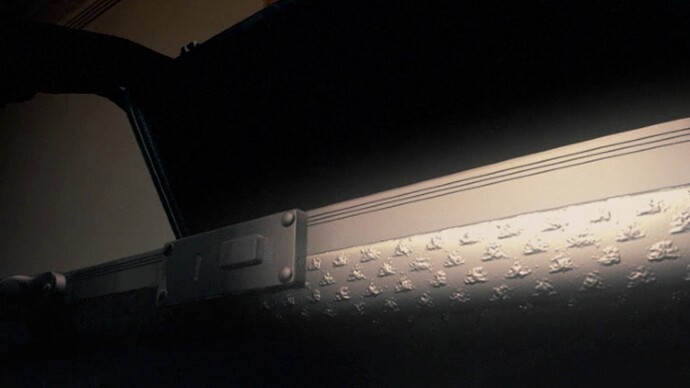 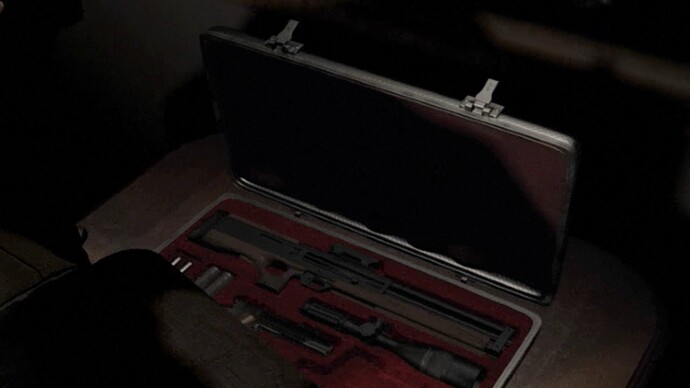 Instead this one was inspired by the Absolution briefcase that I liked so much. 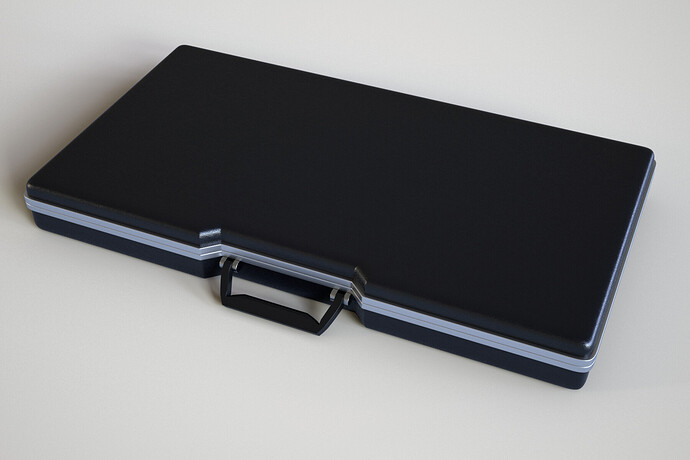 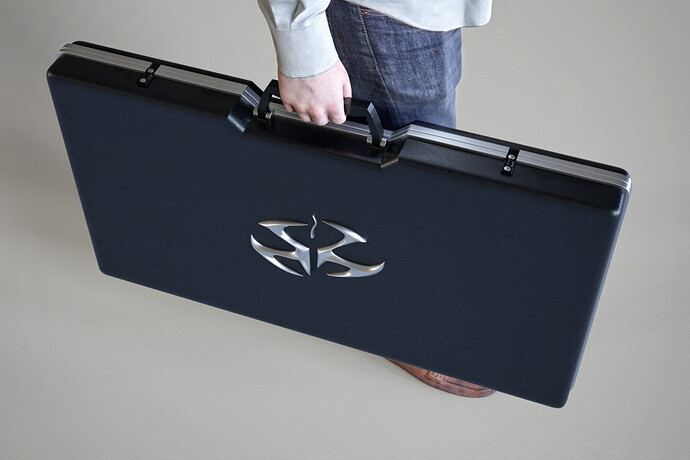 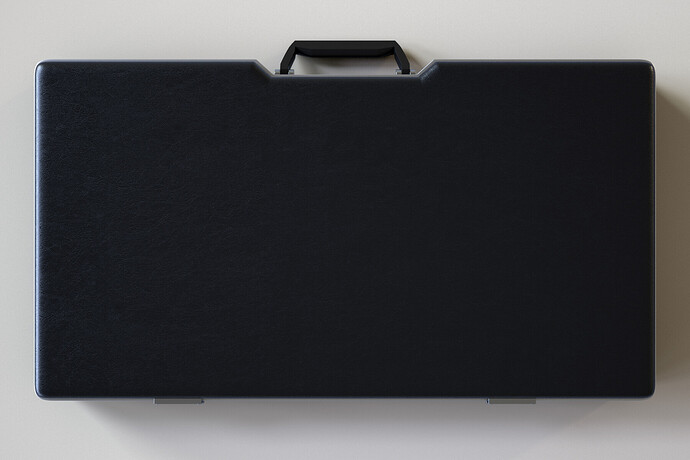 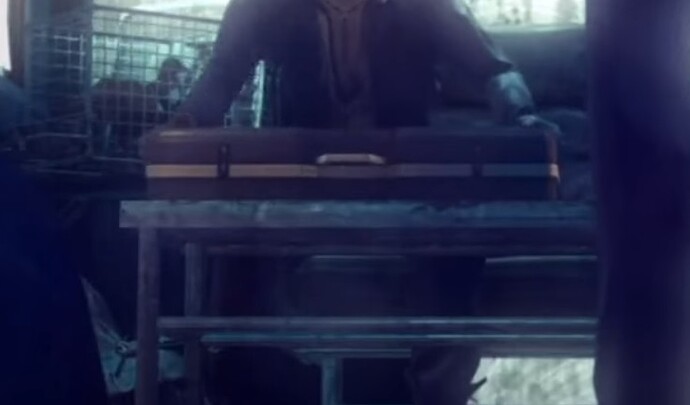 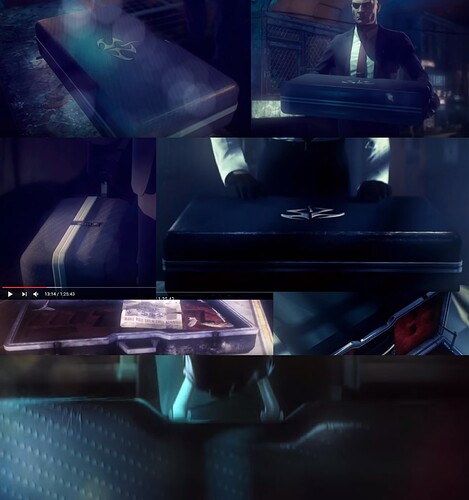 The size of all these briefcases was design in mind to accomodate my airsoft WA2000 and my Silverballers replica.
One day this is going to be made into reality. I promise.

Everything I see from you is awe-inspiring! Your work is always incredibly true to Hitman’s immaculate, slick and fashionable aesthetics. Hope when Covid slows down you can continue these projects.

Thank you so much for your words. Seeing feedback like this motivates me even more.
I always had in mind since when I was 11 years old (now 29) to own things like in Hitman. I used to draw a lot the logo and attached them on my things and now for some years I started to build them.
For me Hitman was more a life style than just a game and it helped me a lot to grow as an adult and a responsible person. I can say this game helped me a lot into developing my persona.
Just think I don’t smoke because 47 didn’t. At some point every friend of mine started but I didn’t want to because that is what 47 wouldn’t do.
I even started working out because at the age of 13 because I saw 47 was pretty muscular

Then I liked a lot Schwarzenegger but that’s another story.

Any barcode going on at the back of your head yet?

Hahahaha no that one no. I guess there is a limit for everything

But I do shave my head even tho my hair grows perfectly fine.
I love staying bald. More practical and I feel clean this way and besides shower takes maybe 7 minutes. Very practical.

I don’t like the broad sword in the damn briefcase! The list goes on, anything bigger than a hatchet shouldn’t go into something the size of your torso. You’re ruining the difficulty in contracts.

have you tried concealing a fireaxe in a trash can?