Bug in the Laundromat area in China

There is a visual bug in the Laundromat area. 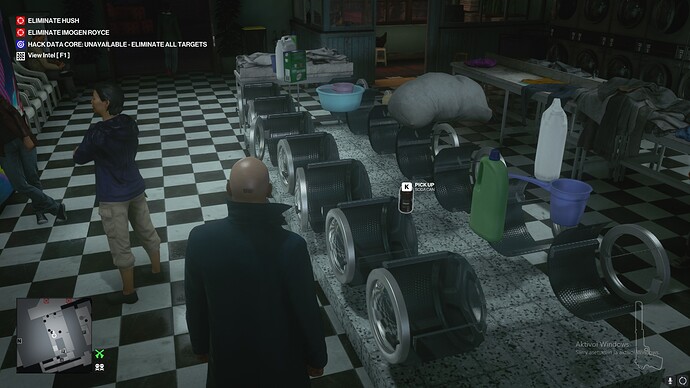 As you can see the washing machines are invisible. It doesn’t affect gameplay in any way, but still gonna put it here

There is a general H3 Bugs thread, you could post your issues there

A thread to report your bugs found in HITMAN 3

ran into this one yesterday, but with the woman also in mid air

I posted this in the screenshot thread yesterday

. How do testers miss something like this? I’ve seen npcs blending into eachover in a few places too.

Okay thanks, tried to look for one but apparently missed it.

I mean I don’t think this is the place testers run most, and even then they might have accidentally edited something afterwards that caused this, but hopefully they will fix these when everything runs smoothly otherwise

I have it happen to me sometimes too

yeah, happened to me too.

Same here, every version I guess has the same visual bug.

I’m having the same laundromat bug as everyone (PS4), but on top of that I don’t know if anyone else has had the same bug as I did on the Chongqing level (mostly a sound bug):
I’ve been doing the mission story “All-Seeing Eyes” twice already, where you shoot the drones to be able to listen in on Royce’s phone calls but I never get the sound from said calls (basically the sound prompt doesn’t happen, even after Olivia says that we can now listen in on their conversatin etc.).

Anyone has had the same problem during this mission?

Yes had this. deleted and reinstalled the game, fixed it for me. Good luck

Yep me too. Deleted and reinstalled the game and no change. Could be the texture is missing or incorrectly coded.

For me, it only happens in master difficulty

Yep master mode for me too