Not sure if anyone can help, I brought hitman 3 for the PS5 downloaded the game and the free VR access but I can’t access the VR function of the game.

I don’t have a PS5, so I’m a bit unsure how it works, but I think it’s something like this.

If you can’t easily swap between the PS4/5 versions, try uninstalling the game and then installing the specific PS4 version?
If that doesn’t work, go into your settings (probably account settings) and find the ‘Restore Licenses’ option. That often works when someone can’t access their purchased content.

That’s for the reply

It’s defaulting to Ps5 with no option to swap, I’ve restore licenses but I can’t redeem the code again because it’s saying I’ve already used it

On your PS5 menu, if you press Options on HITMAN 3, do you have a “Game Version” option? Here’s what I have on my PS5: 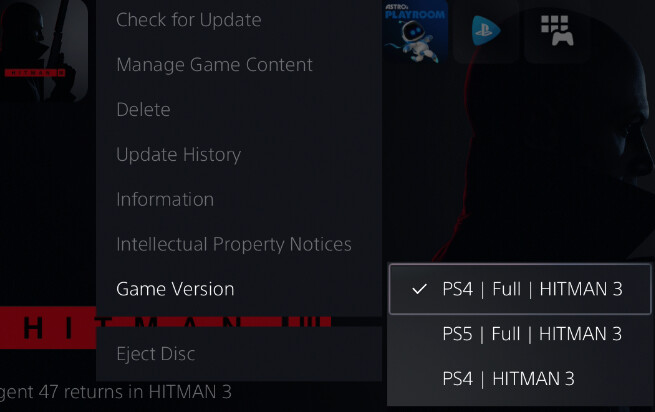 If you’ve claimed the code for the PS4 version of the game, also make sure that you’ve downloaded the PS4 version as well, as I don’t believe the “Game Version” option won’t appear until then. 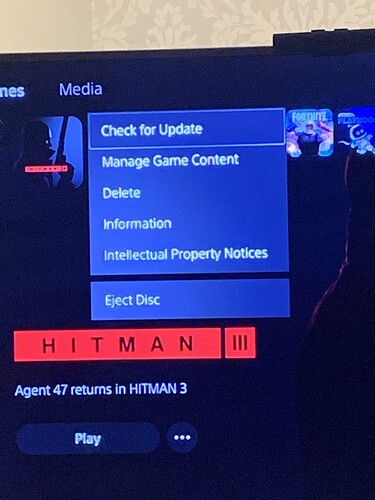 Maybe check your library for purchased content. Perhaps the PS4 digital version is sitting in there. Or, maybe you can redeem it for free through the PS Store.

Sorry you’re having lots of trouble with this. I’d be gutted if I had a PS5 but was unable to use the VR feature.

The only things I have is the PS5 downloaded game and I’ve also downloaded the VR access showing in game content by there’s no way of clicking anything to access it, it’s the PS5 or nothing