And seeing as that seems like it might be canon based on the above clues I usually don’t use the 2 methods together.

Here is another one that has been brought to my attention - On Ambrose island there is a cinema room where people seem to be watching Rangan’s movie which is paused:- 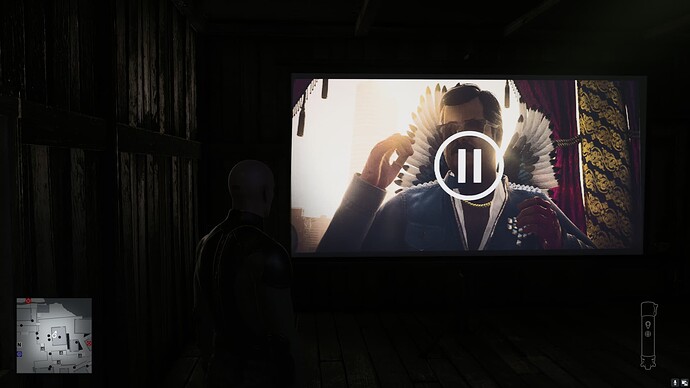 If you look close at the screen he is in the same spot and pose that he does just before you kill him via the fan method:- 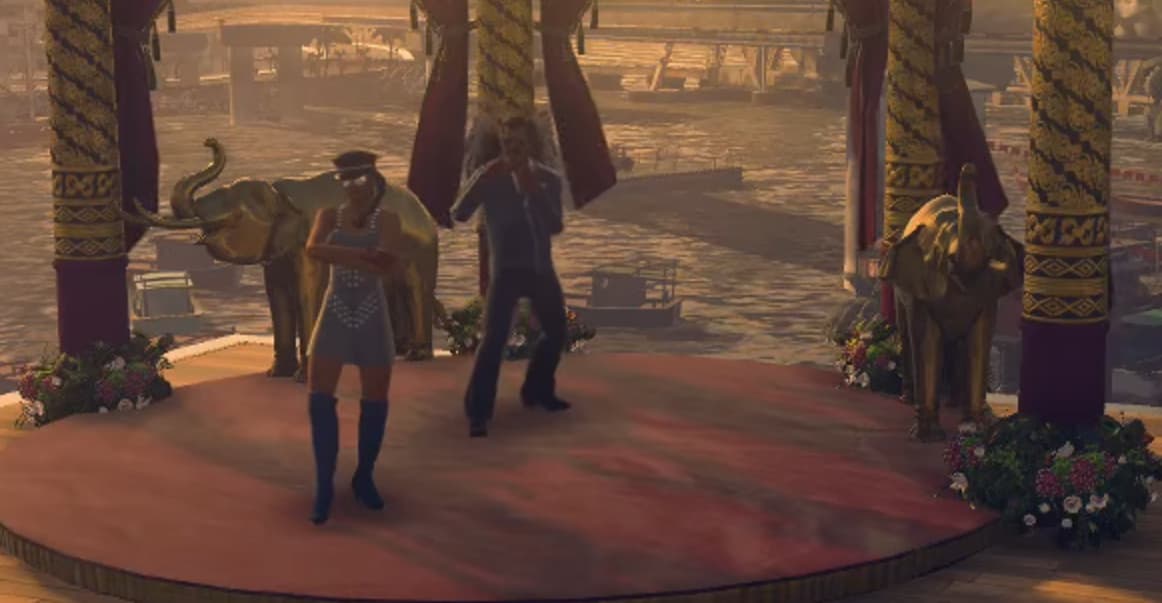 So it seems this is another clue that supports that method being canon for Rangan.

This is exactly the reason (well, one of anyway) that The Crow was so popular in the mid-90’s…

I find it unlikely that the film is in circulation at best two months after filming and the lead actor dying. More likely the production company Rangan owned folded and sold the film footage to recoup losses, and the pirates got ahold of that footage. Either way, it supports that scene being filmed, but not necessarily that that’s when Rangan died.

True. In all honesty it could just be that IOI used a random scene from the mission to make it look like people are actually watching one of Rangan’s films.

So I suppose it’s possible that they just released it and people are just enjoying videos of Rangan’s death.

I think the previous clues such as the personal bodybuard being visibly distraught after Rangan gets blown away by the fan and then later working in security in a job he hates are quite good as evidence for this method anyway.

For the life of me I still can’t find this conversation about Strandberg. I can’t even remember if I heard it myself at this point or just heard other people talk about it. All I know is that people say it takes place in Bangkok at the bar.

That’s all I can remember too haha The exterior bar, between two guys. Maybe it was removed?

Nah it’s definitely there. I was playing C27 a few days ago and overheard it. What I’m not sure is whether it was a subtitled conversation or not…

Update: Yes, the conversation is definitely there. It´s these two blokes. You just need to wait a while before they actually end up together at the bar. 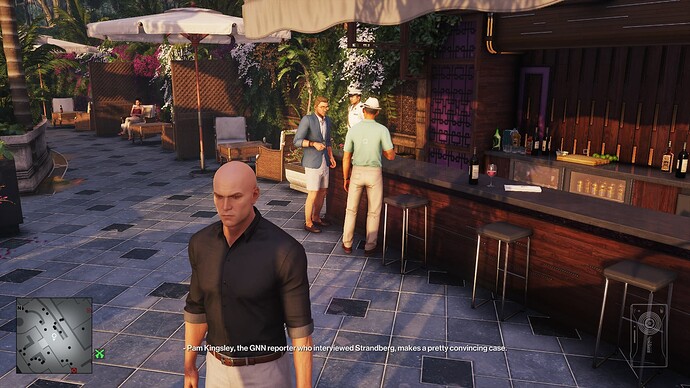 Thanks Rimland. I thought it might be something like that. I’ll hang around for a while to see if I can get it.

CGI monster of Dawood Rangan haunts families all over the world. “My daughter has been crying for weeks” says family of 3 Southern Nevada. This has been Pamela Kingsly on GNN news